For the past couple of years, I’ve been a little obsessed with getting a great photo of the Michigan City lighthouse with Chicago in the distance.  I’ve tried a few times and failed, mostly because very clear skies are needed.  A few weeks ago, I posted a photo of the Chicago skyline taken from the Indiana Dunes.  I decided to return to Michigan City and try for a similar photo, but this time incorporating the Chicago skyline into a lighthouse photo.

There are only a couple of times a year when the sun sets behind the Chicago skyline, as well as lining up with the lighthouse in Michigan City.  The week of August 20-26 looked like a good week.  So when we arrived on August 23, I was excited to see that the sky was very clear.  I could see the Chicago skyline from Washington Park in Michigan City, where the lighthouse is located.  I decided to use my Sigma 150-600mm lens, and hoped for a good sunset.

As the sun went down, it was clear it was going to be a special night.  The sun dropped right behind the Sears/Willis Tower, and the sky turned orange.  It was windy, and there were quite a few larger waves on the lake.  I took many photos, but I think the one below is the best. 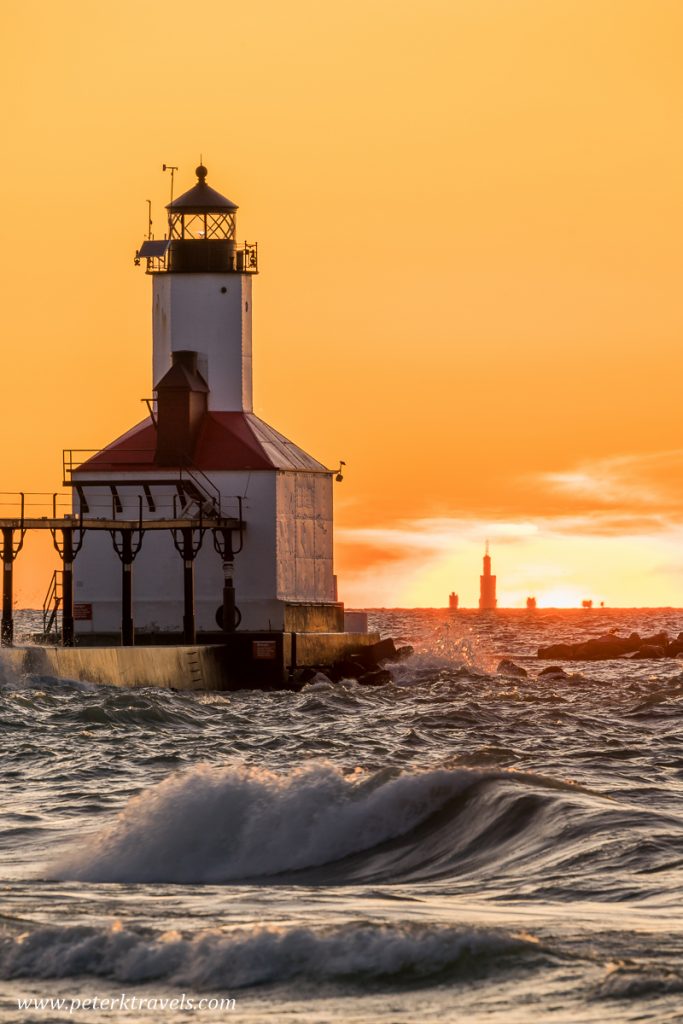 The Chicago Skyline From Michigan City