During my May 2015 trip to Mexico’s Veracruz state, I also spent some time in the city of Veracruz.  I didn’t have a lot of time to wander the downtown, and frankly it’s not the most scenic of Mexican cities due to its proximity to the port of Veracruz.  Still, I found some time one evening to take a few photos.  These were mostly taken around dusk, when it had cooled off a bit.  I walked along the malecon, a paved public pathway along the water.

El Faro de Venustiano Carranza is the lighthouse on the malecon.  Here are two views, one in the late afternoon, and one at dusk lit up, with a PEMEX building to the left:

Here’s a view along the malecon, with the lighthouse and a hotel lit up.  The sky turns pink to the right as the sun sets:

Standing on a busy street, this bus is coming right at me (don’t worry — I was on the sidewalk), as the late afternoon light hits a yellow church tower: 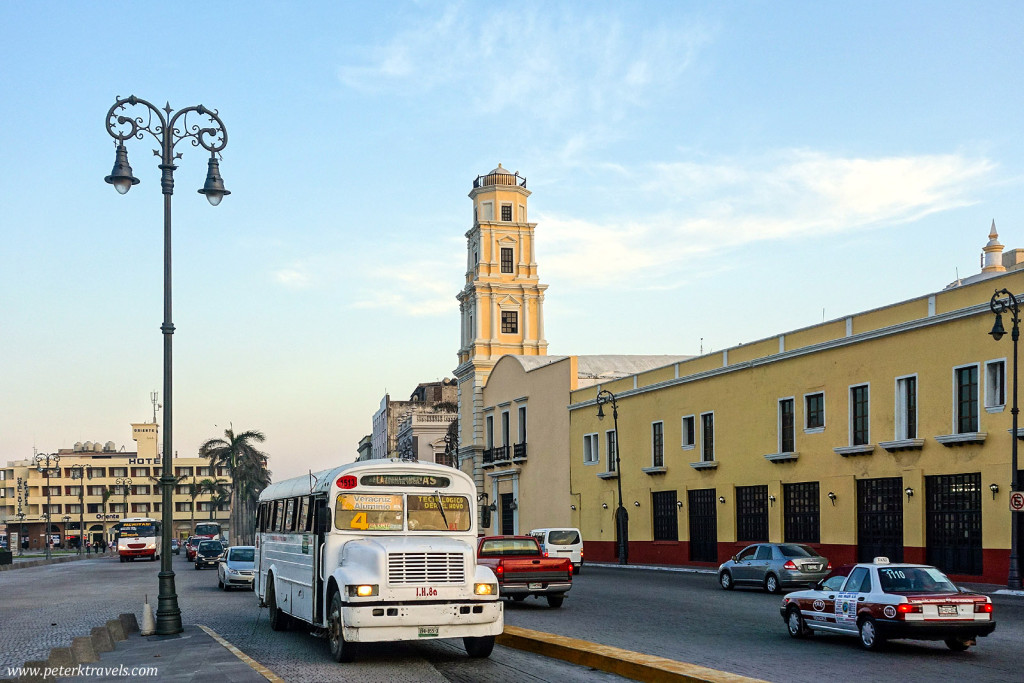 Near the malecon, this shop has bathrooms, showers, and will watch  your luggage: 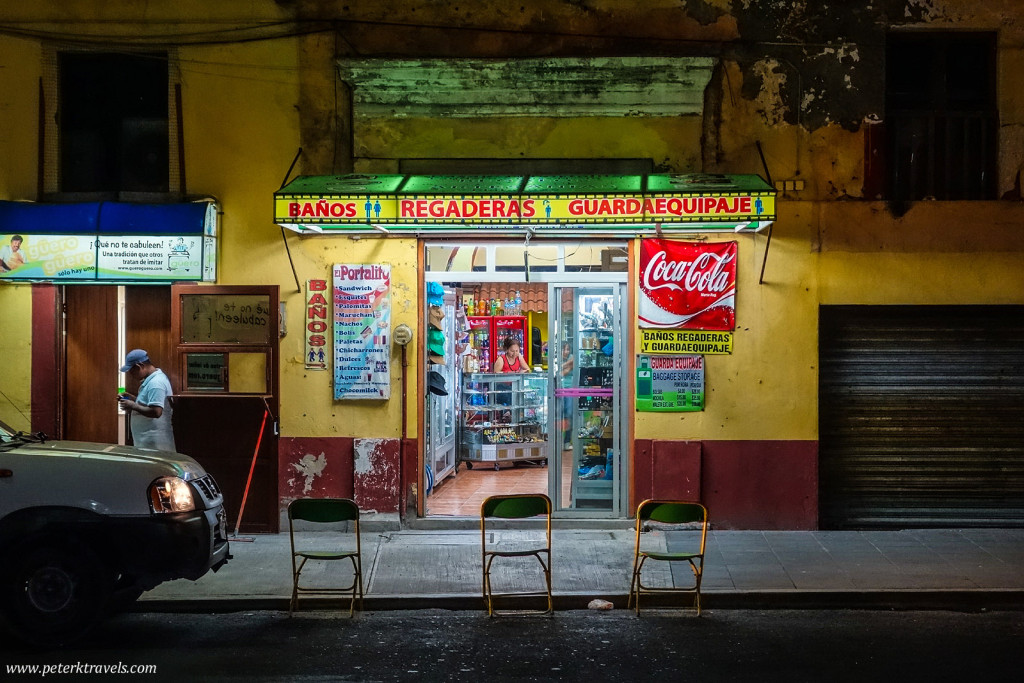 These tugs were tied up along the malecon:

Another view along the busy main street: 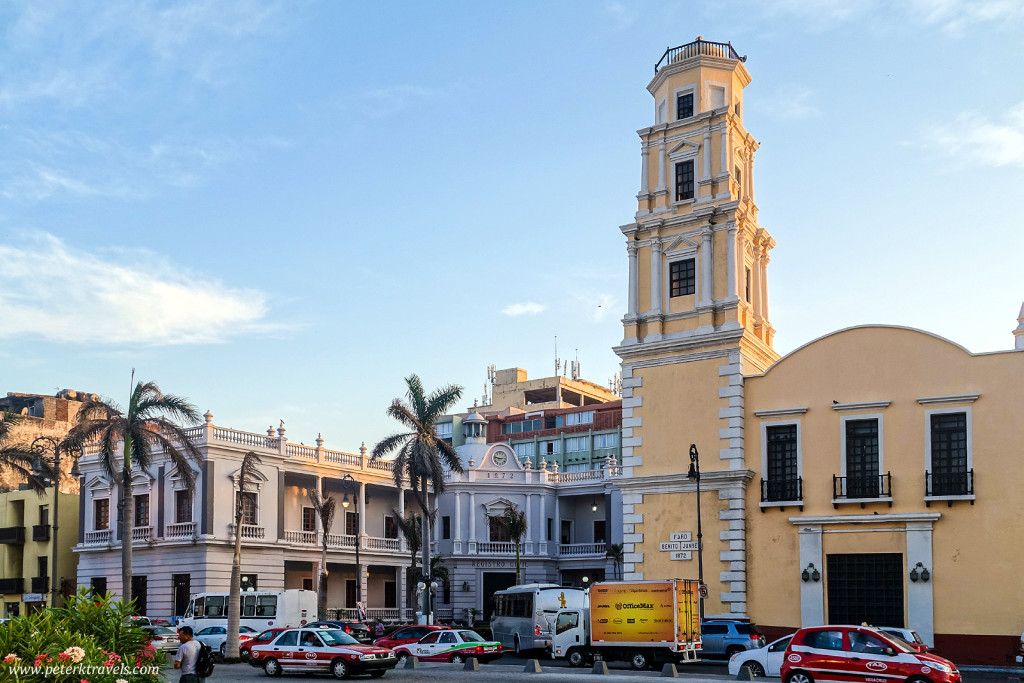 Dawn and Dusk in Florence

The Torre Latinoamericana at Dusk