Tenam Puente is a Mayan ruin located south of Comitan de Dominguez, in the Mexican state of Chiapas. Tenam Puente was a moderate power in the Mayan world, around 600-900 a.d. 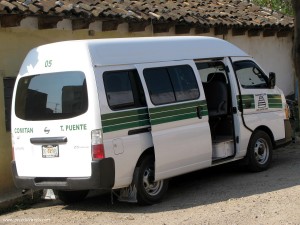 Tenam Puente can be reached from Comitan de Dominguez via Transporte Ejidal Tenam Puente (3a AV. Sur Pte near 1a Calle Sur Pte). The van costs 15 pesos and normally runs from Comitan to Sarabia. Tell the driver you are going to Tenam Puente, which is further down the road.

Please note that despite what the driver tells you, it is likely they will not return to pick you up. If you wait more than 30-45 minutes with no van showing up, you are advised to walk 20-30 minutes down the hill to Sarabia, where you can then catch the van. If this makes you uncomfortable, I suggest taking a pre-packaged tour or arranging for a cab to take you there and wait. On my trip, despite the driver claiming he would return, he never did. 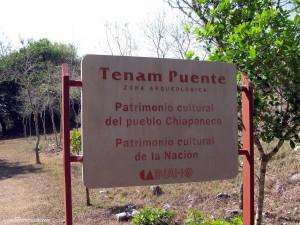 I arrived fairly early in the morning and was the only person in the park. A good map of the site exists in the Moon Chiapas guide, or can be found online here. My visit was during the dry season, so much of the grass and surroundings were brown. Some of the site is shaded, but you will probably want to bring water and sunscreen. The security at the entrance refused to allow me entry with my backpack, so I had to carry everything by hand. They would also not allow me to bring in a small Joby tripod I use to take pictures. I have no idea why this was a problem, but be forewarned you are unlikely to be allowed into the park with much besides water, sunscreen, and a camera (sans tripod). 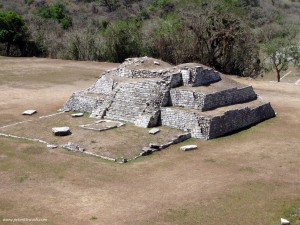 There is a nice ball court near the entrace, with a small pyramid or temple at one end. This is shown to the left. The structures here are relatively small, and not all are restored. This is certainly no Chichen Itza or Uxmal, but that doesn’t mean it isn’t enjoyable.

Many of the ruins can be climbed as they are not roped off. In many of the larger, more popular ruins, this is not possible. Only the top of a few ruins were off limits, perhaps the rocks were loose or there was some danger there. 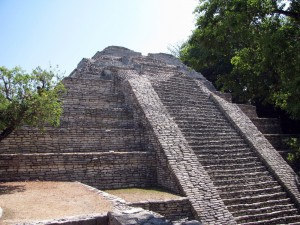 Probably the most impressive structure, or at least my favorite, was structure 7. This is a tall, pyramid/temple with many stairs you can climb. The view from the top is quite nice. The base of this pyramid is shaded inside the forest, so you get to climb up and into the light. It is not particularly tall, but is probably the tallest there. The stairs up are quite solid, but there are some rocks missing at the top, so watch your step.

As mentioned above, the driver who promised to return for me never did. This meant walking down the hill to Sarabia. As the walk is downhill, it is not terribly taxing. The views are also quite nice, but of course, you probably wish they had returned and actually picked you up (as I did). Once in Sarabia, hopefully the colectivos are still running and one will be along eventually. In my case, they were not, which meant hitchhiking back to Comitan in the back of a pickup truck. While not the most desirable way to end the trip, it was at least adventurous. 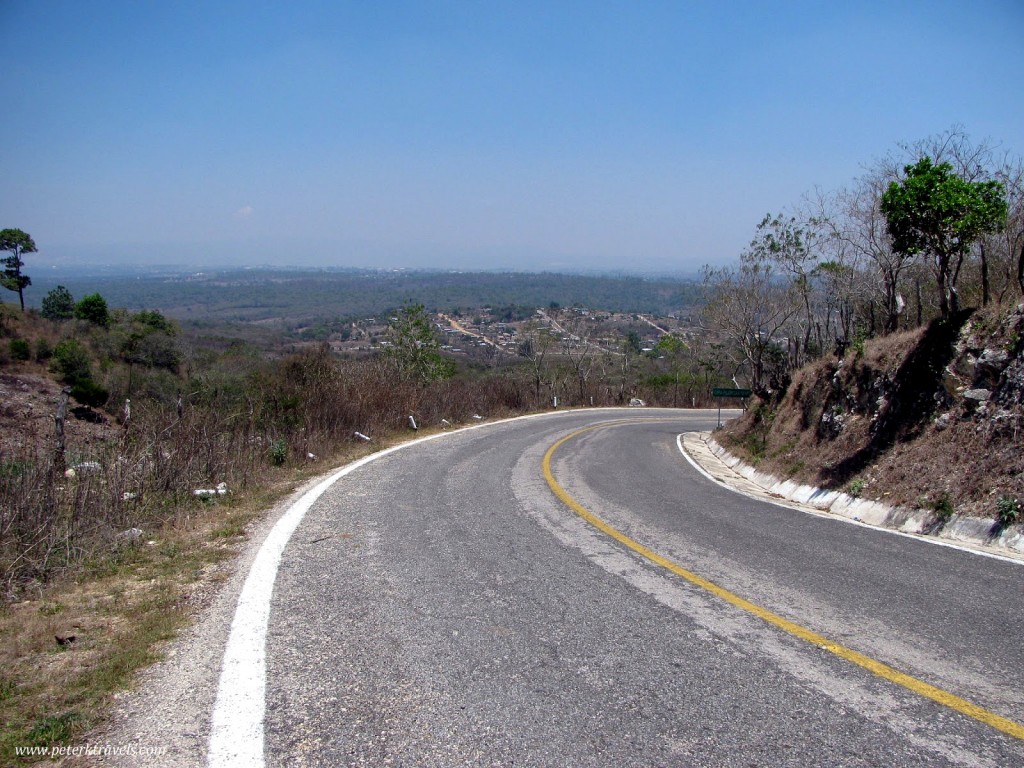 A Trip to El Tajín