One of the things I really like about Guatemala are the buses.  Tourists usually call them “chicken buses”, and I assume that means you might find a chicken on them every so often.  They are generally old American schools buses that have been retired from that duty, and transported south into Central America to begin a second life.  They’re usually painted in bright colors, and covered in chrome.  I consider them rolling works of art.

I had wanted to get some nice shots of them when I was in Antigua.  I like wandering through the bus terminal, but I also wanted some action shots of them in the streets.  Typically the streets are very busy, so isolating the bus might be hard.  I found a good looking spot where I knew buses would be passing, and stationed myself there early one morning before there was too much traffic.  The light was soft, Volcan Fuego was visible,  and there was a nearly full moon setting.  I probably took about twenty shots before the light changed and the traffic picked up.  I was pretty happy with this one. 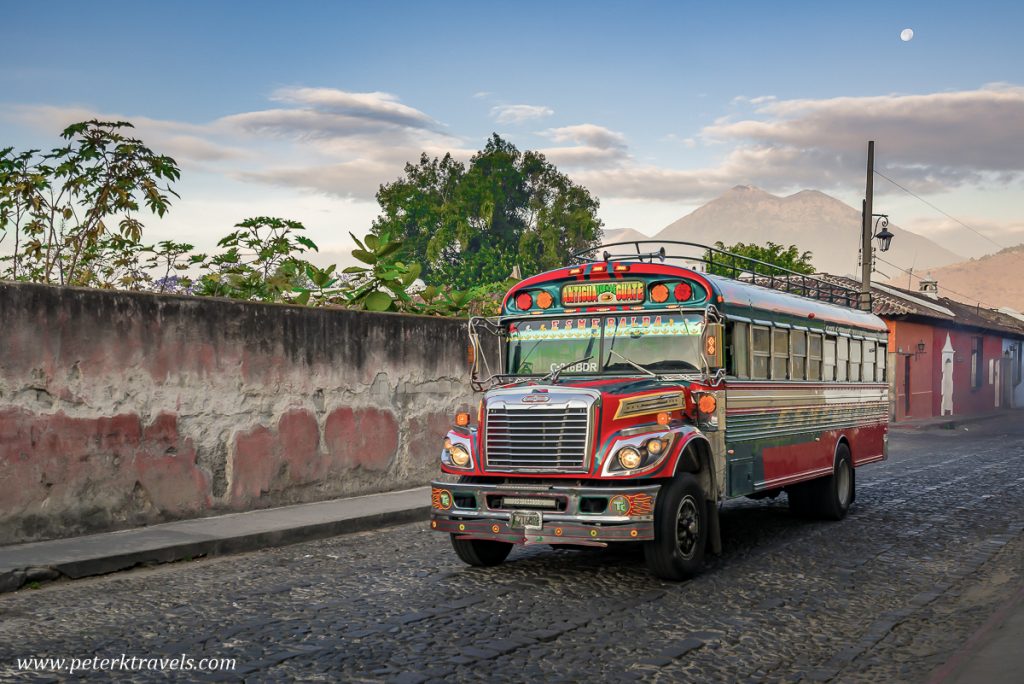 There will probably be a lot more chicken bus photos to come.  They are one of my favorite subjects!