A Day in Atlixco

Atlixco is a city of about 125,000 people southwest of Puebla, Mexico.  I had read a few positive comments from other travelers who had visited the city, so I decided to visit the next time I was in the area.  When my February 2016 trip took me to Puebla, I jumped at the opportunity to spend a day in Atlixco.

The city is easy to reach, an Oro bus from the main bus station Puebla takes about one hour to make the journey.  Once in Atlixco, the center of town is a several block walk from the bus station.  One of the main attractions of the city is its wonderful ecclesiastical architecture — ok, churches.  The Ex-Convento de San Francisco is probably the most interesting, it can be seen from all over town as it sits on the base of a small hill.  Construction began in 1538, and was completed by 1620. 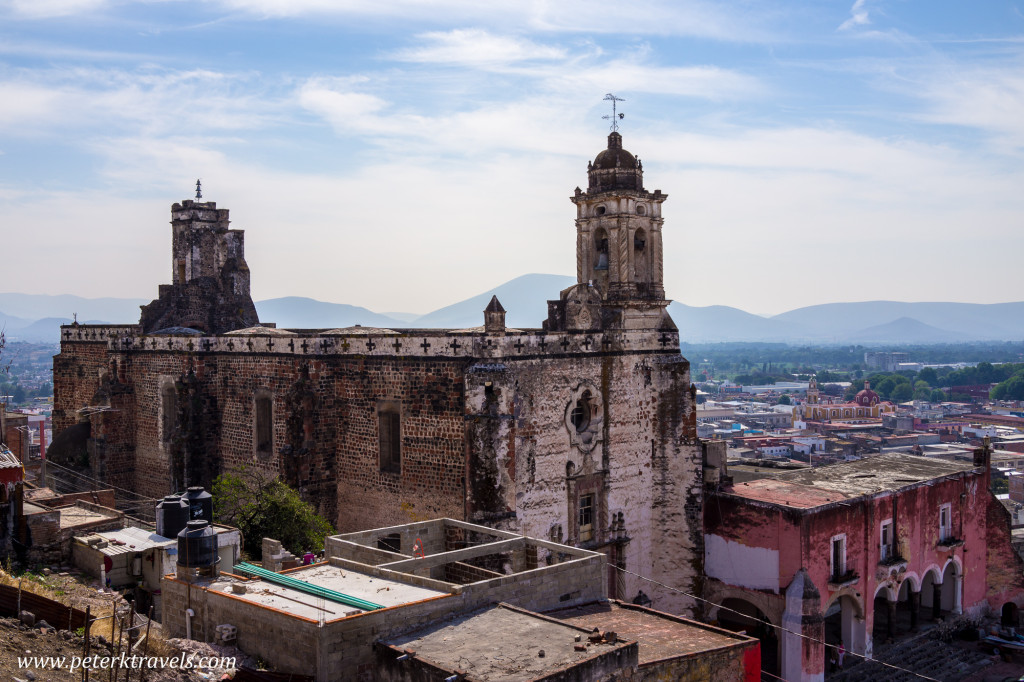 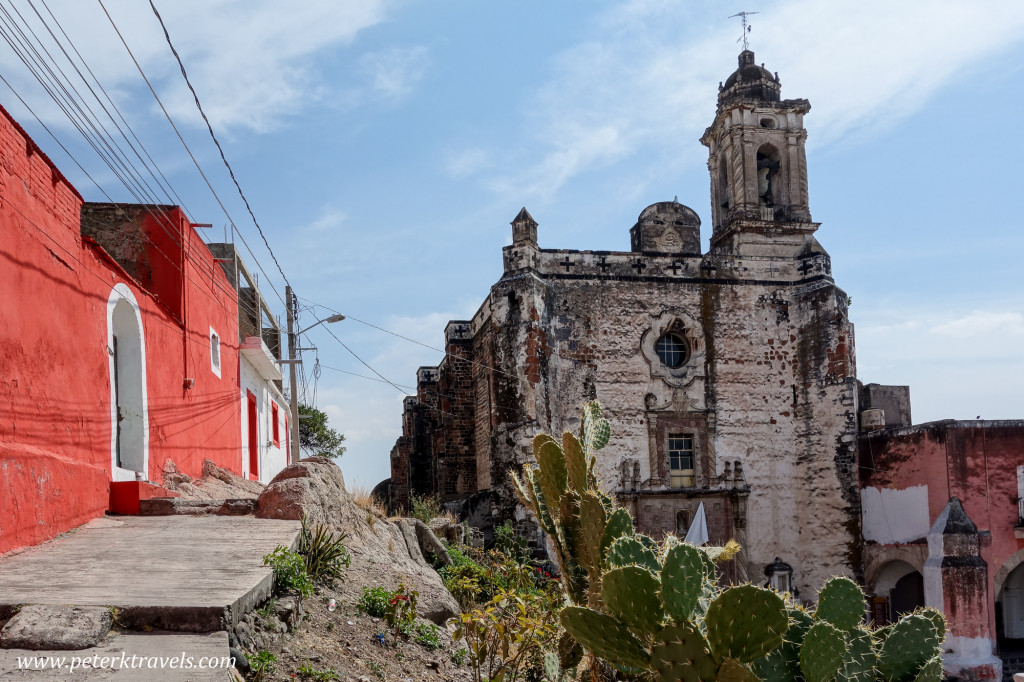 Nearby, at the top of the small hill (Cerro San Miguel), is the Capilla de San Miguel.  This tiny yellow chapel was not open when I climbed to the top. 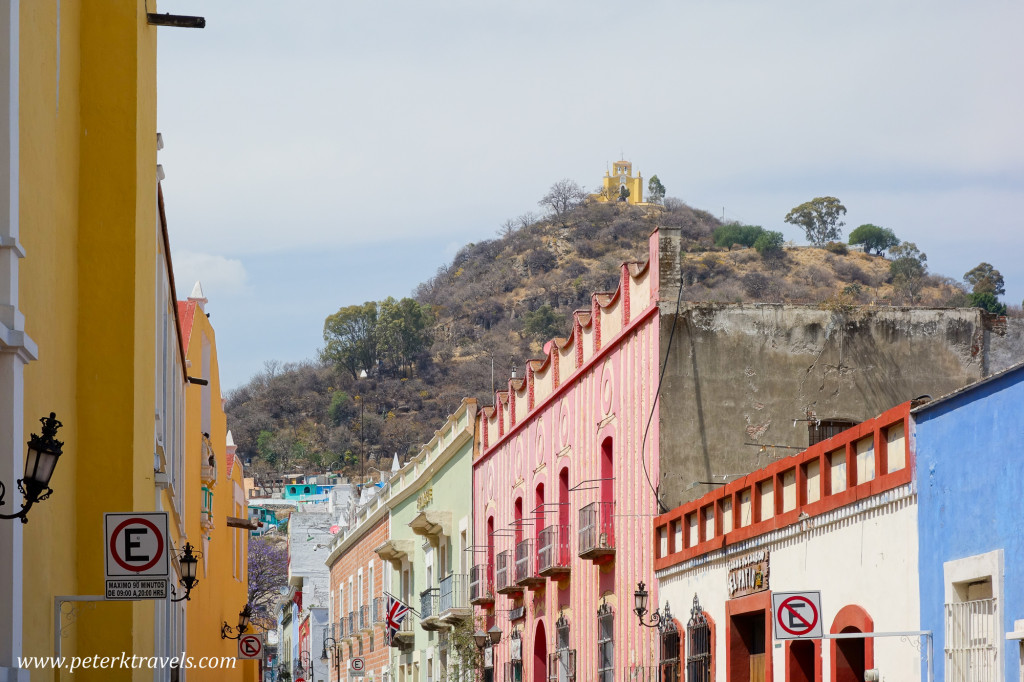 The view from the Cerro San Miguel was fantastic, and I was able to see Popocatepetl, a nearby volcano.  At nearly 18,000 feet, “Popo” is the second highest peak in Mexico, and the fifth highest in North America.  There was a haze in the air that day, but I think the photo turned out reasonably well: 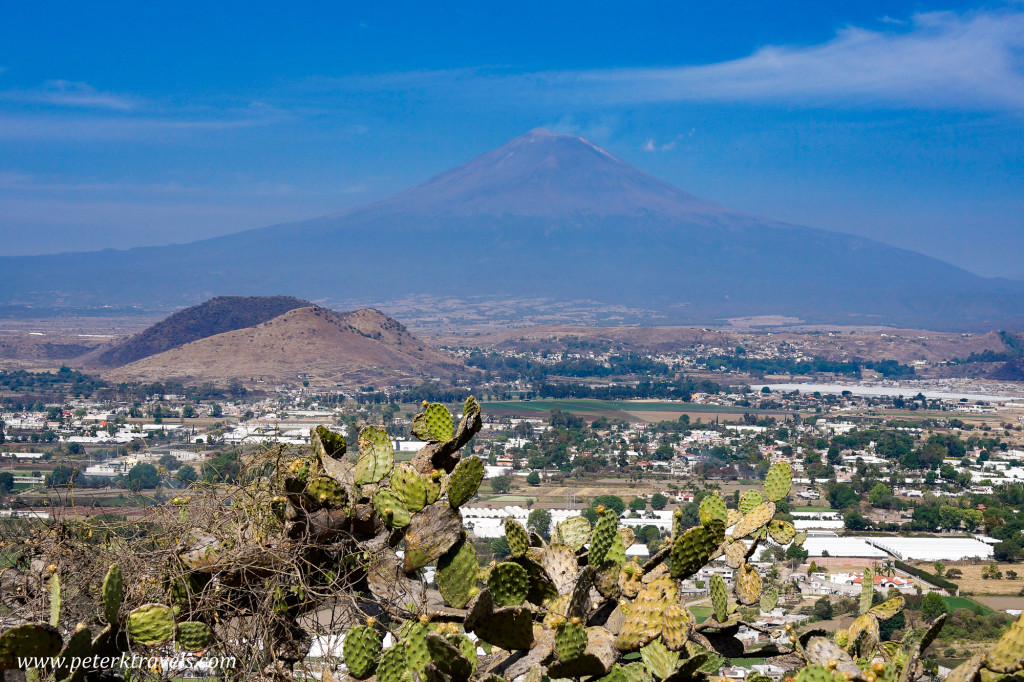 Another attraction in Atlixco were all the brightly colored buildings and pretty streets.  One particular street, the Calzada 16 de Septiembre, had beautiful hanging baskets of red geraniums all along it: 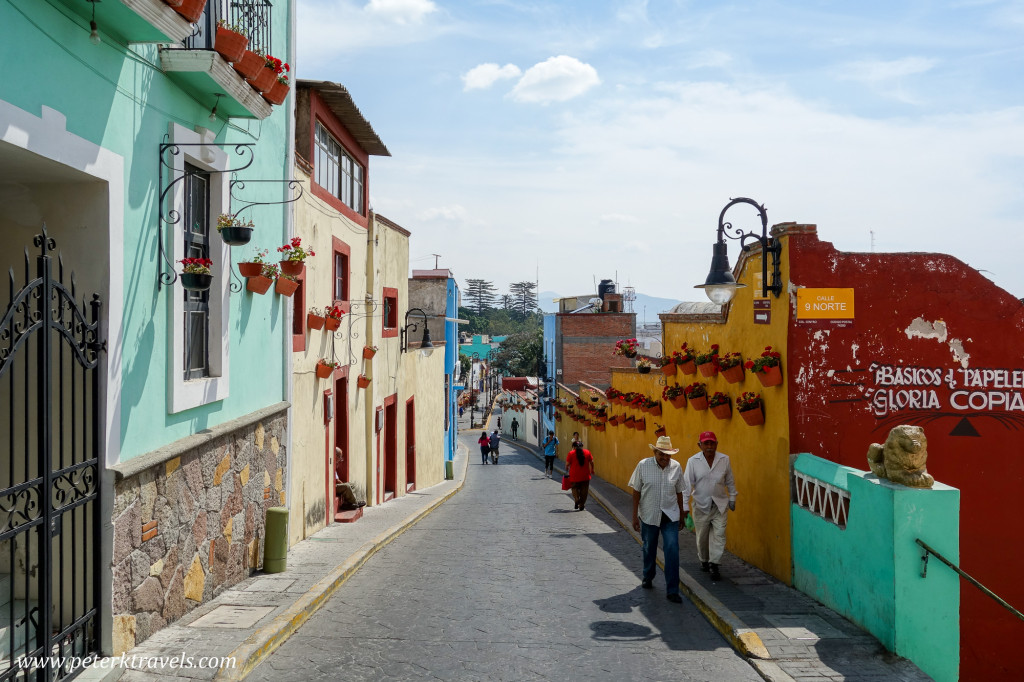 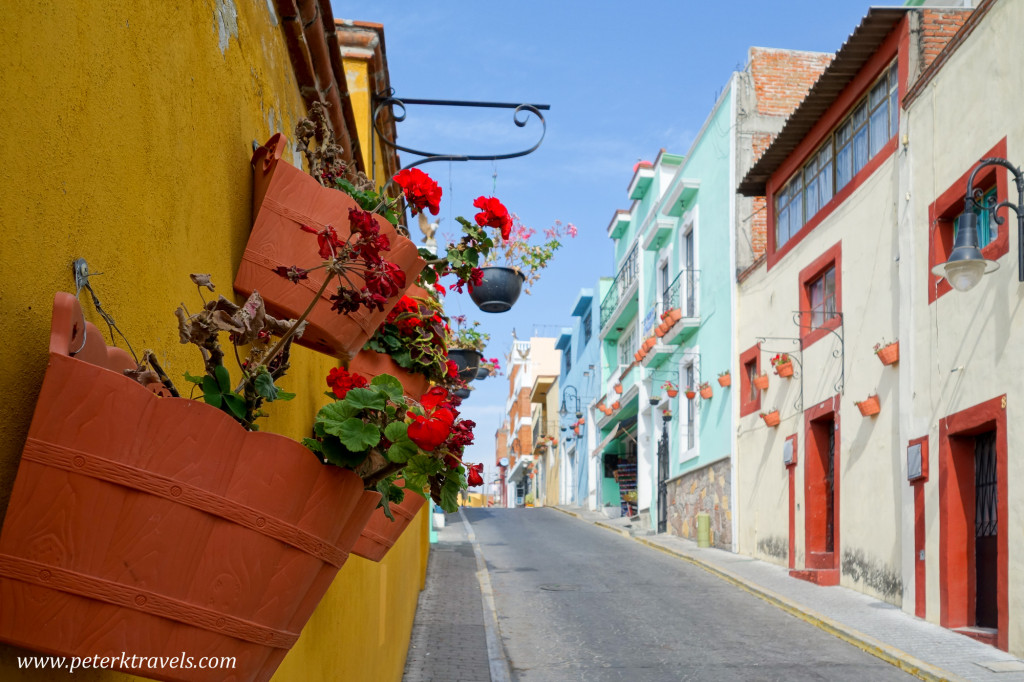 Many other buildings were very colorful, and the city was very clean.  The people were also very friendly, and seemed very proud of their city.  I didn’t see any other obvious tourists that day, and Atlixco doesn’t seem to be on the tourist radar (for example, it’s not even mentioned in the 900-page 2014 edition of Lonely Planet’s Mexico).  I think that’s a shame, as it has a lot to offer.  I really enjoyed my day there, and would certainly suggest that anyone who is spending some time in Puebla check it out.

Atlixco was very photogenic, and I took a LOT of photos.  Here are a few more: 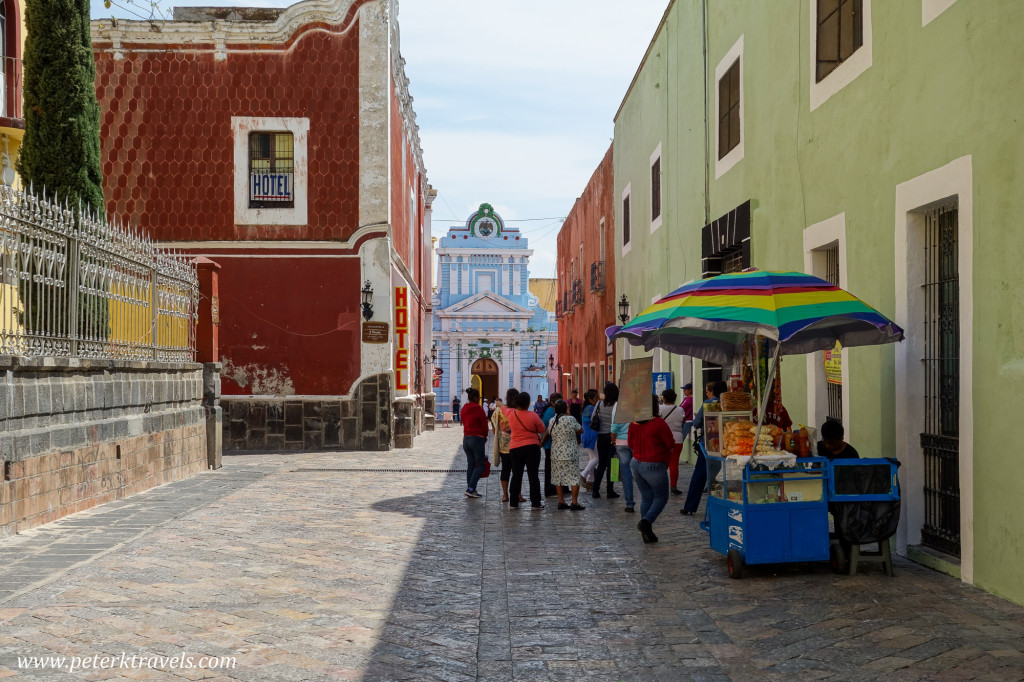 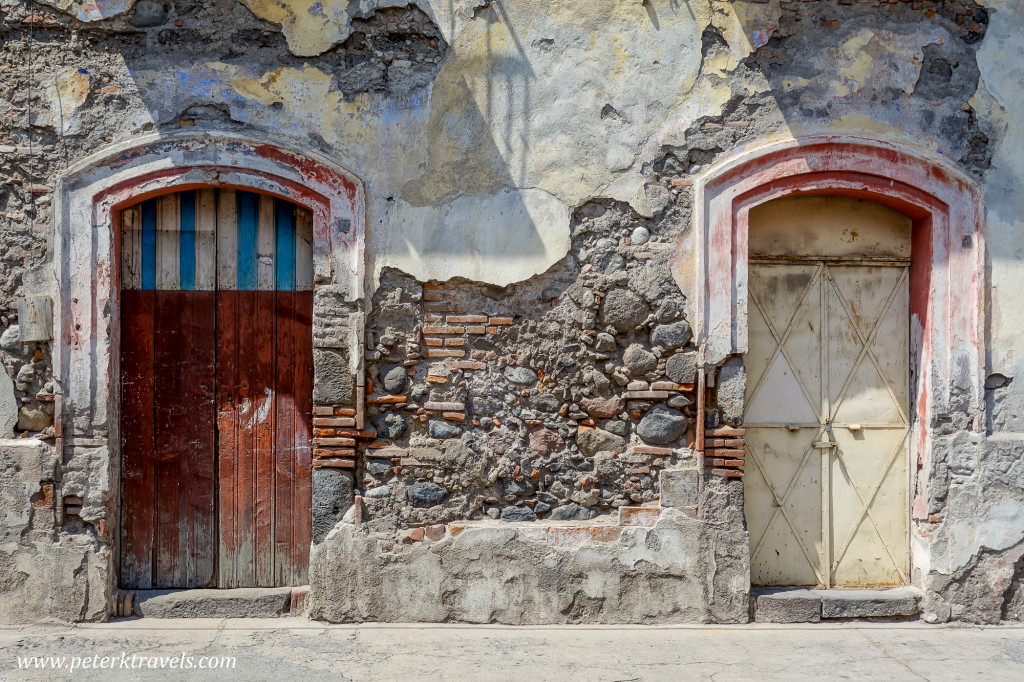 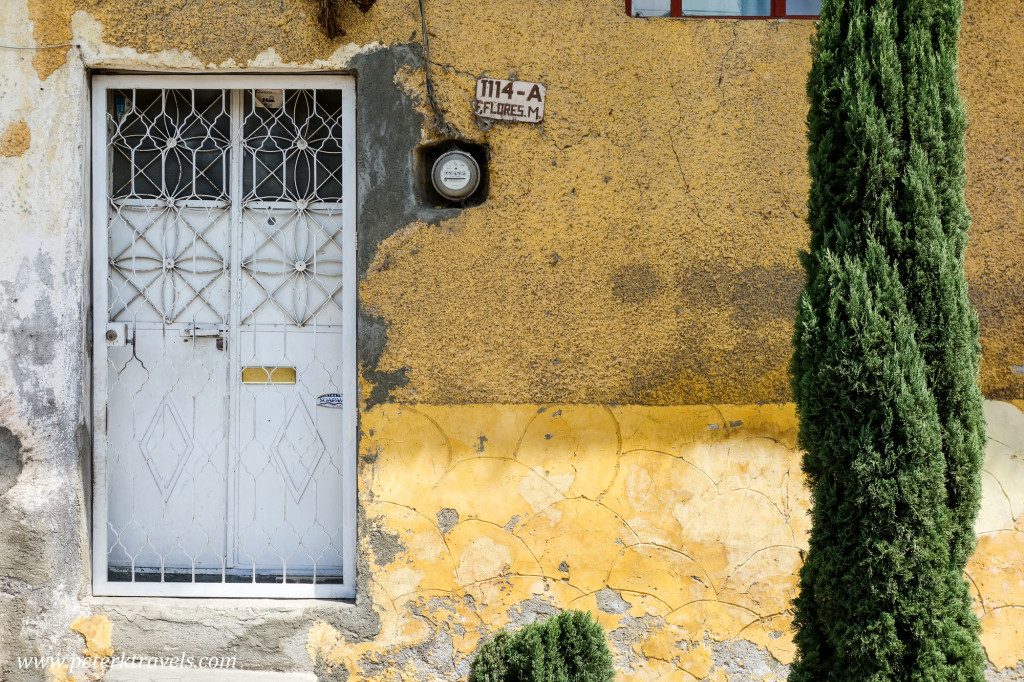 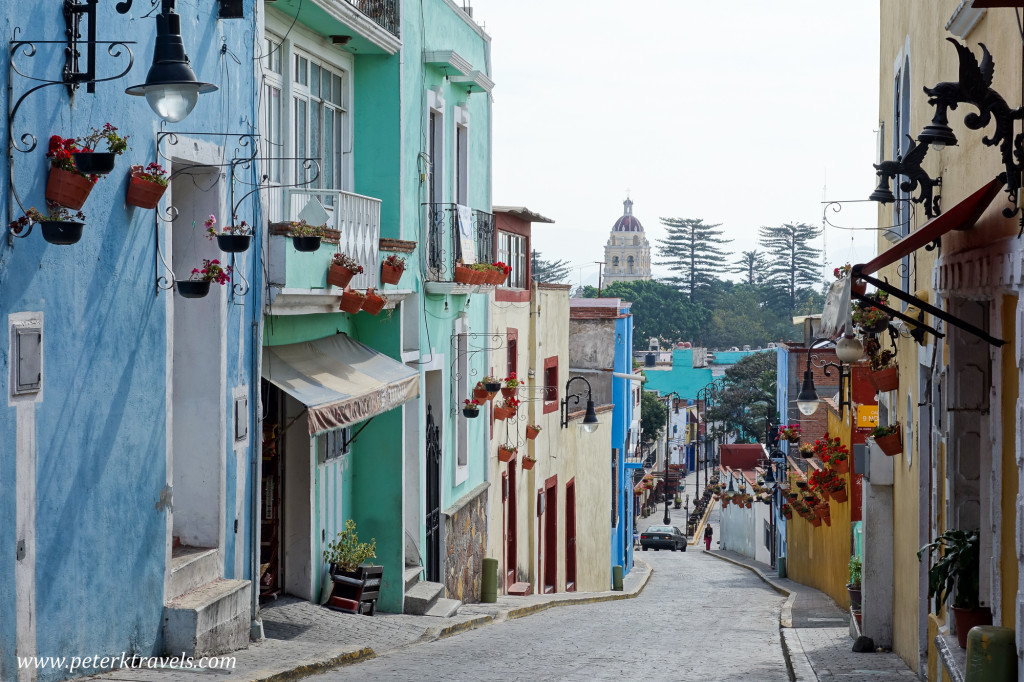 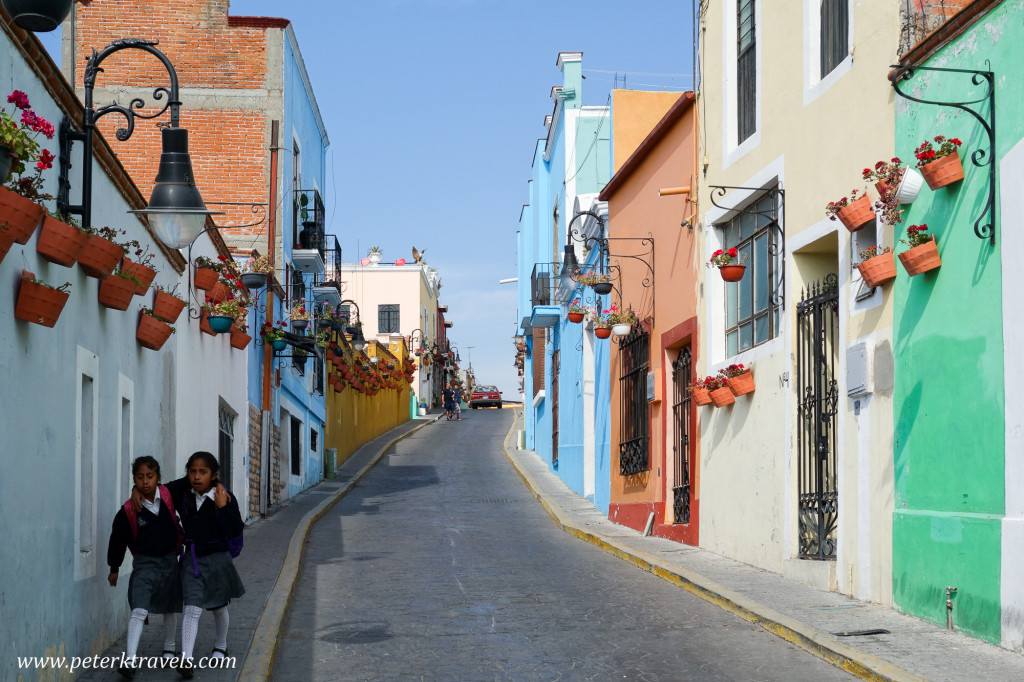 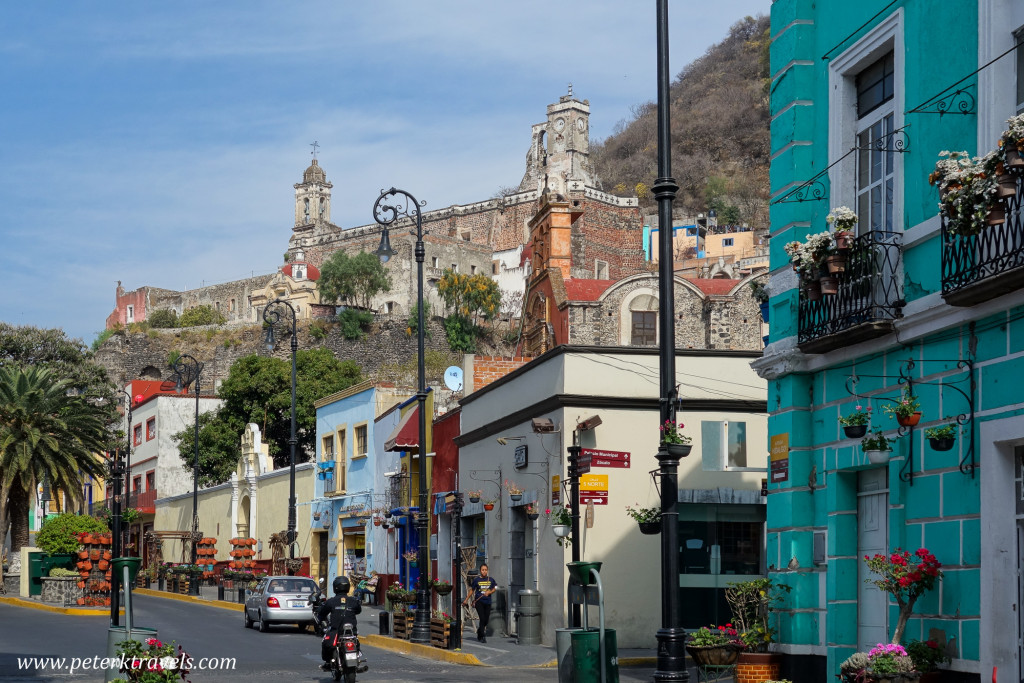 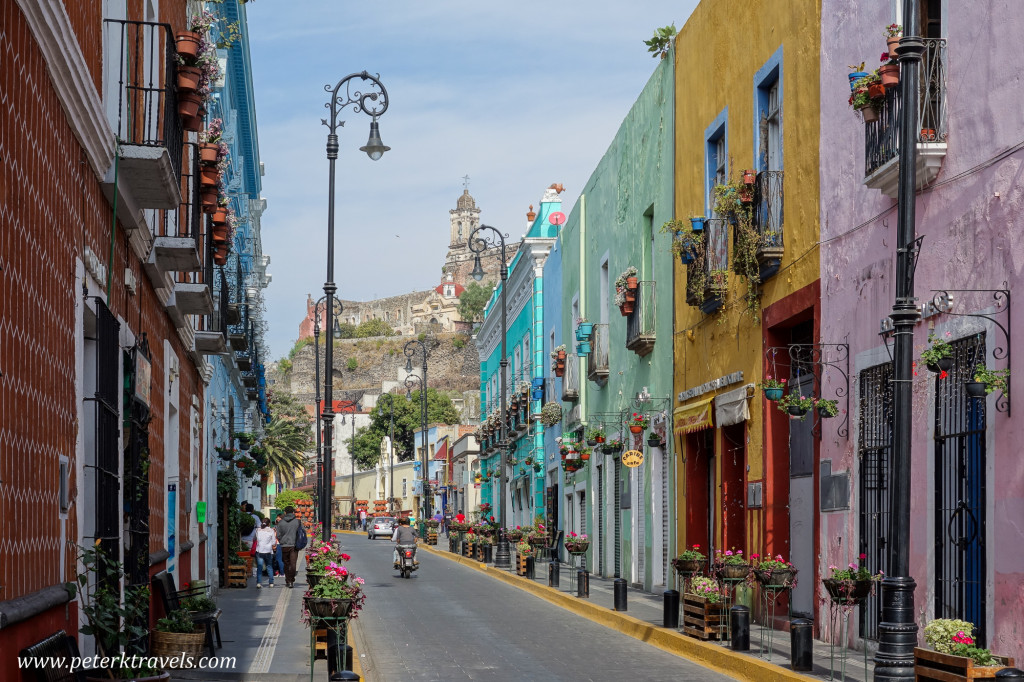 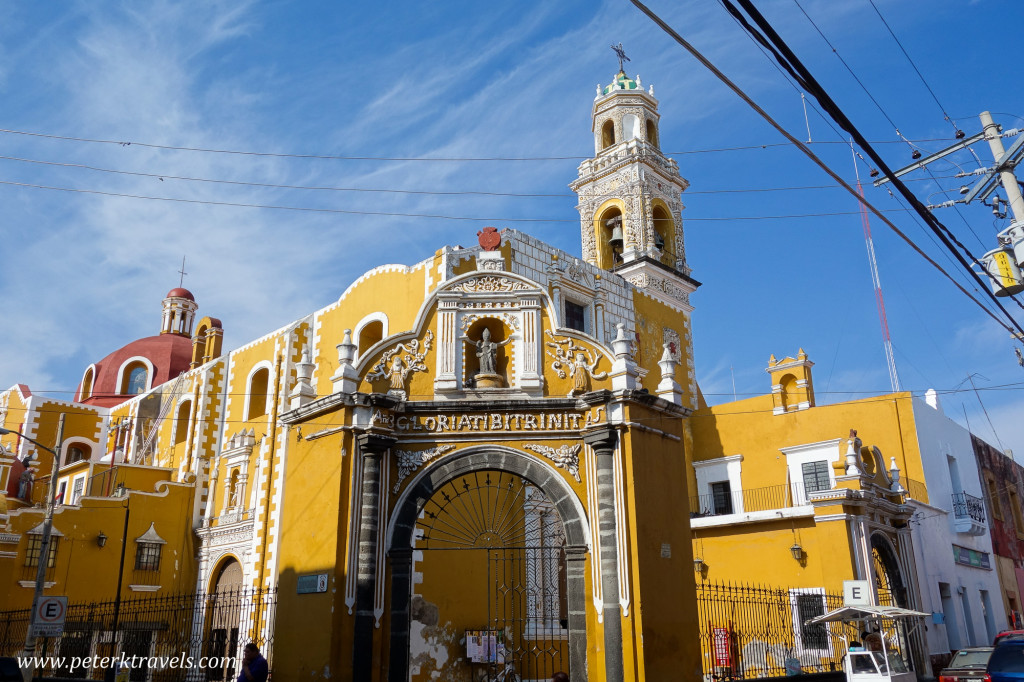 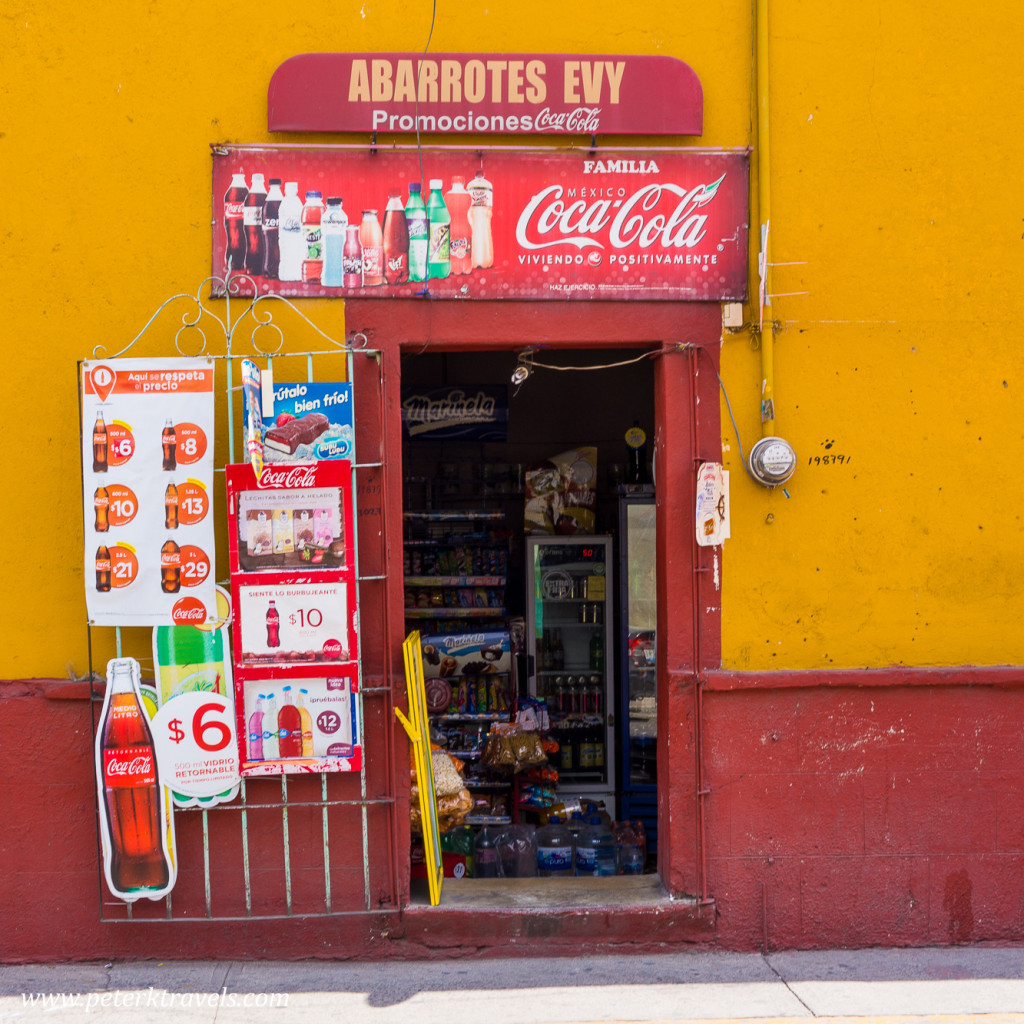 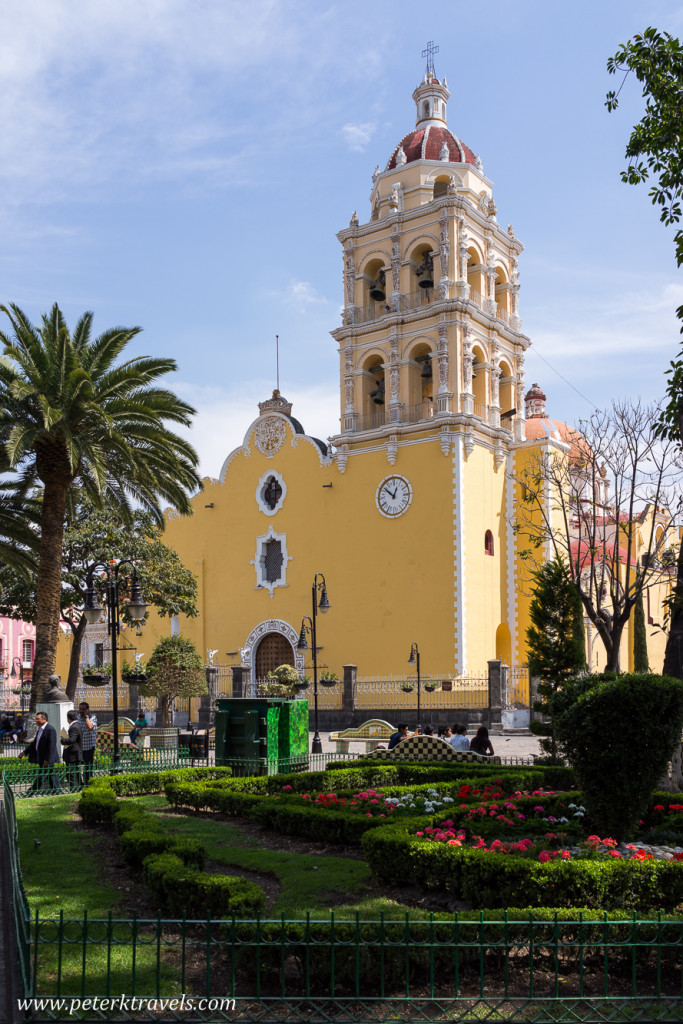 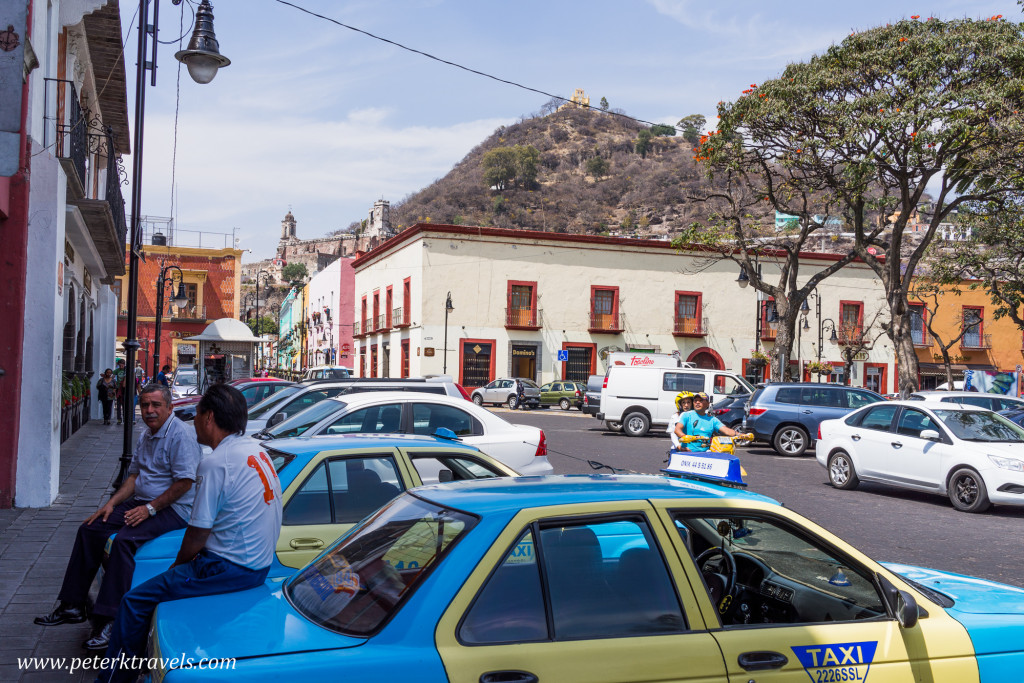 Atlixco square with Cerro San Miguel in the background. 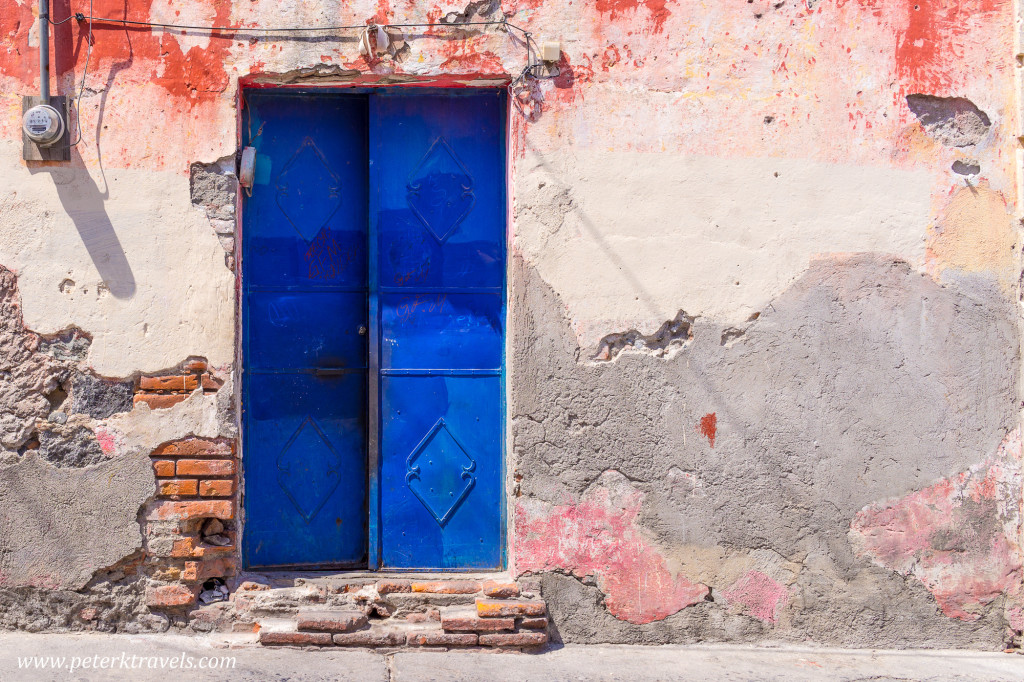 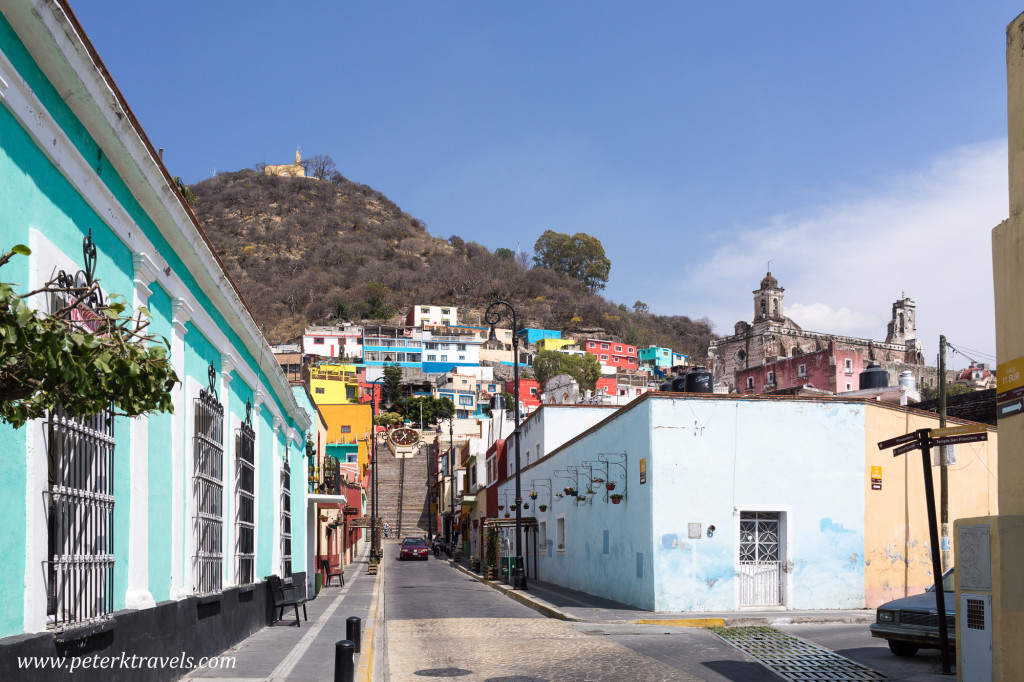 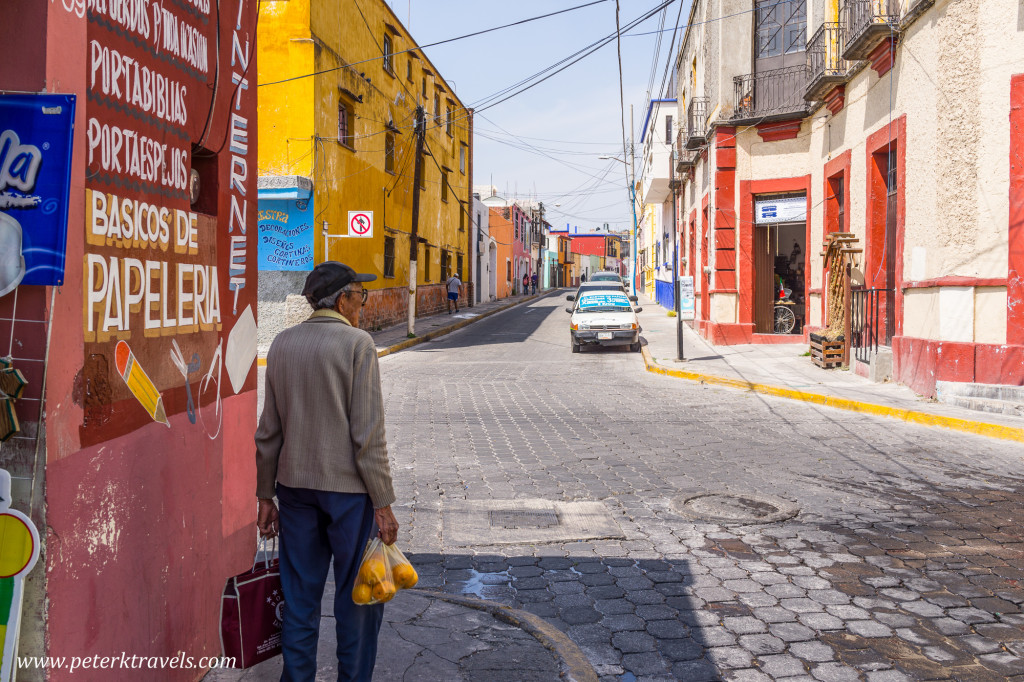 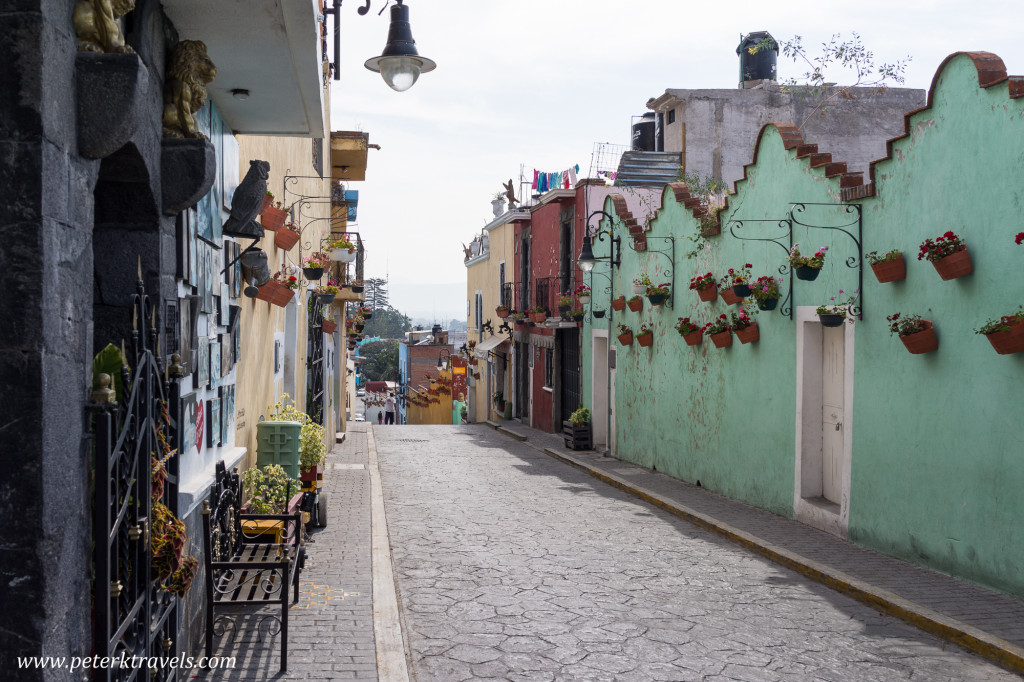 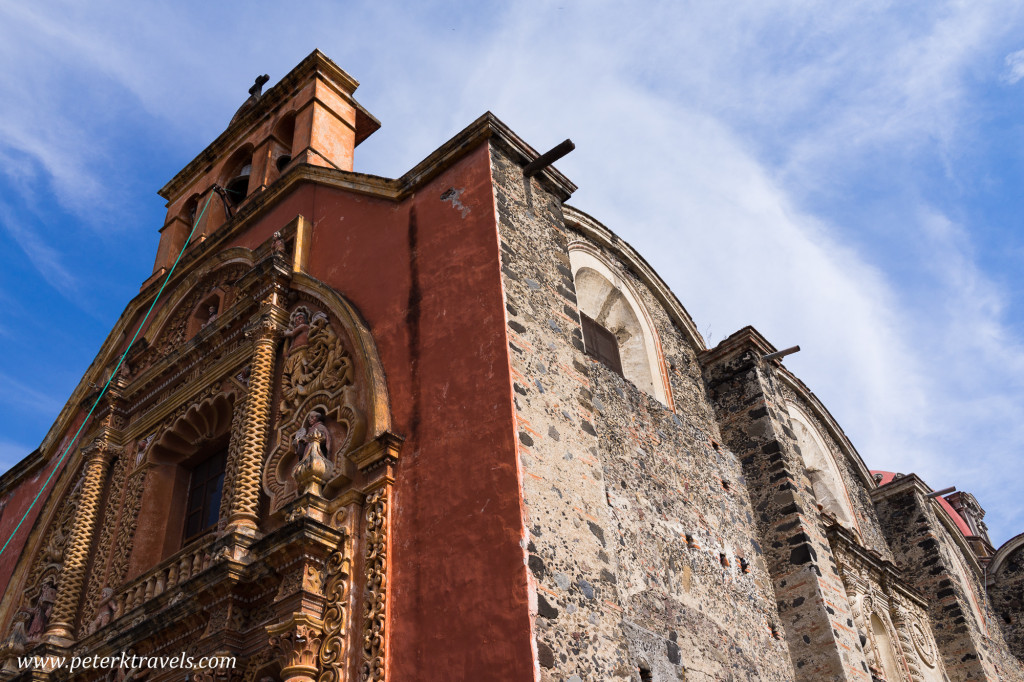 Hunting for Cempasuchil Fields in Atlixco