The Ex-Convento de San Francisco is one of the most visible landmarks in Atlixco, Puebla.   it can be seen from all over town as it sits on the base of a small hill.  Construction began in 1538, and was completed by 1620.  I’ve visited it a few times before, but never had a clear day to photograph it with the volcano Popocatépetl.

So, during a trip last October, when the skies cleared in Atlixco and the volcano appeared,  I went to the park in the center of town to take a picture.  A long lens compressed the view, making the volcano seem much closer.  The flowering trees add a nice touch. 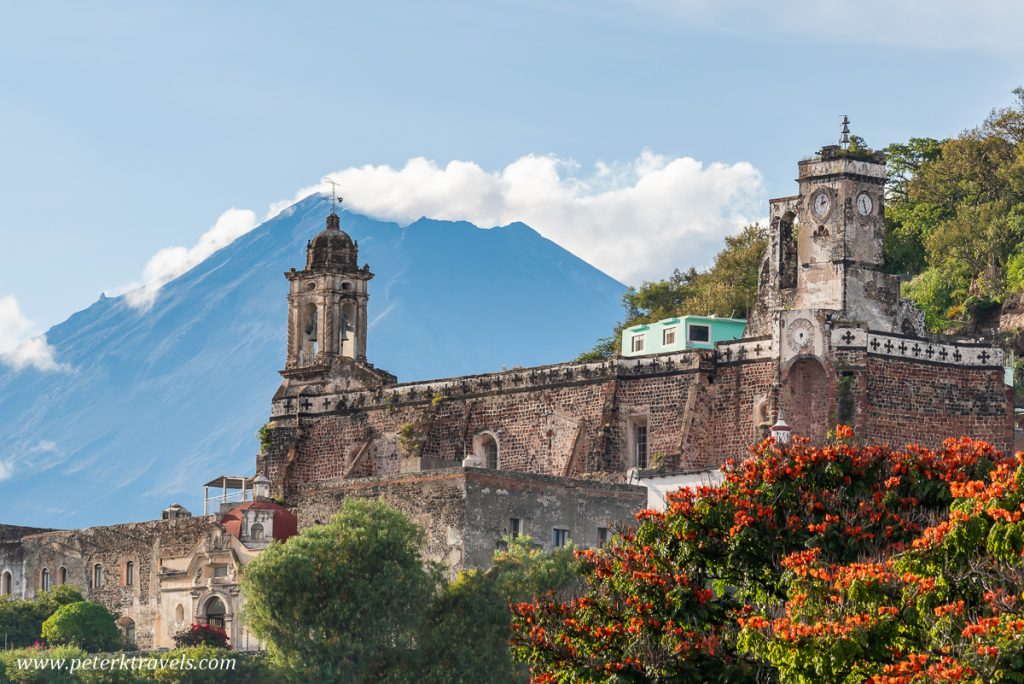 I’m a big fan of Atlixco, which seems to have become more popular in the last few years.  It’s a beautiful town, and near to other tourist destinations like Puebla and Cholula.  Those cities are bigger and busier, so Atlixco is great get away for a day, or even a night or two.  I spent several nights on this trip.  I stayed a block away from the main square, and had a wonderful time.  I found that during the fall, the volcano was rarely visible during the middle of the day, but often was visible later in the afternoon and into the evening when the clouds moved out.