On the last full day of my May 2015 trip to Mexico’s Veracruz state,  I decided to spend the day in Tlacotalpan.  Tlacotalpan was designated a UNESCO World Heritage site in 1998, primarily for its architecture and colonial layout.  Both have been well-preserved over time.

Tlacotalpan was originally established around 1550 on an island in the Papaloapan river.  It was once an important port, one of the few interior river ports in Latin America.  As railroads gained market share, the importance of Tlacotalpan waned.

To get to Tlacotalpan, I took the TRV bus from Veracruz.  You can’t buy your ticket at the counter, so you must pass through security first.  Simply tell the security personnel that you are going to Tlacotalpan on TRV, and they will wave you through.  In the waiting area, the bus will pull into the station and the driver will sell the tickets.  It was $81 pesos each way.  I caught the bus around 20 after the hour — it’s not clear to me exactly what the schedule is.

A two-hour ride brought us to Tlacotalpan, after a brief stop in Alvarado.  The town is brightly colored, with “portales” (portals made of columns) shading the fronts of the buildings.  Here’s a view as you walk toward the main square: 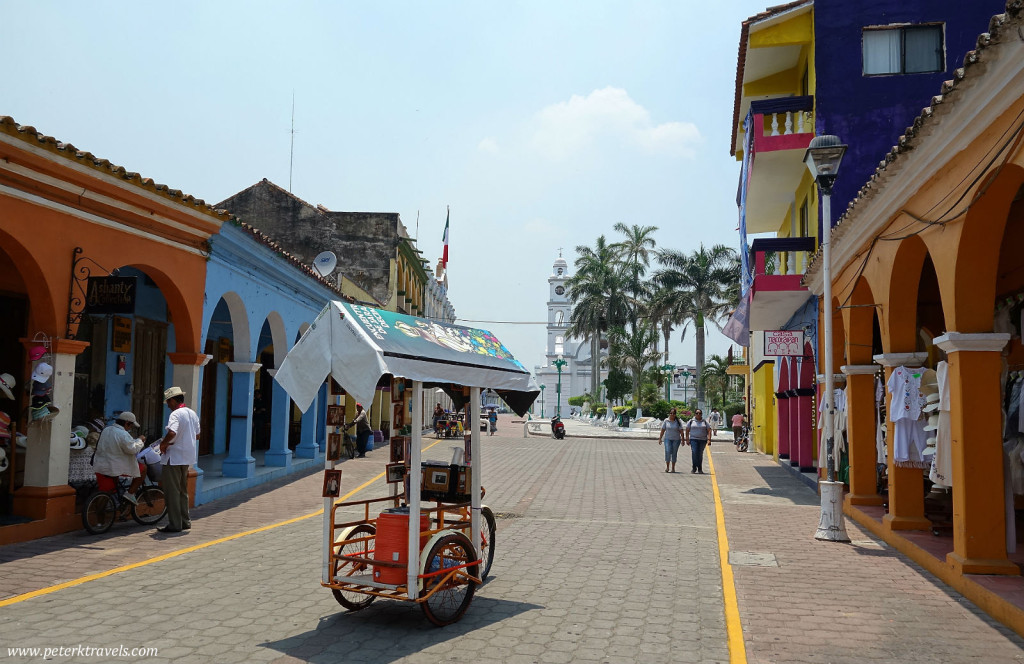 The Iglesia San Cristobal stands on side of the plaza.  On the day of my visit, it was closed: 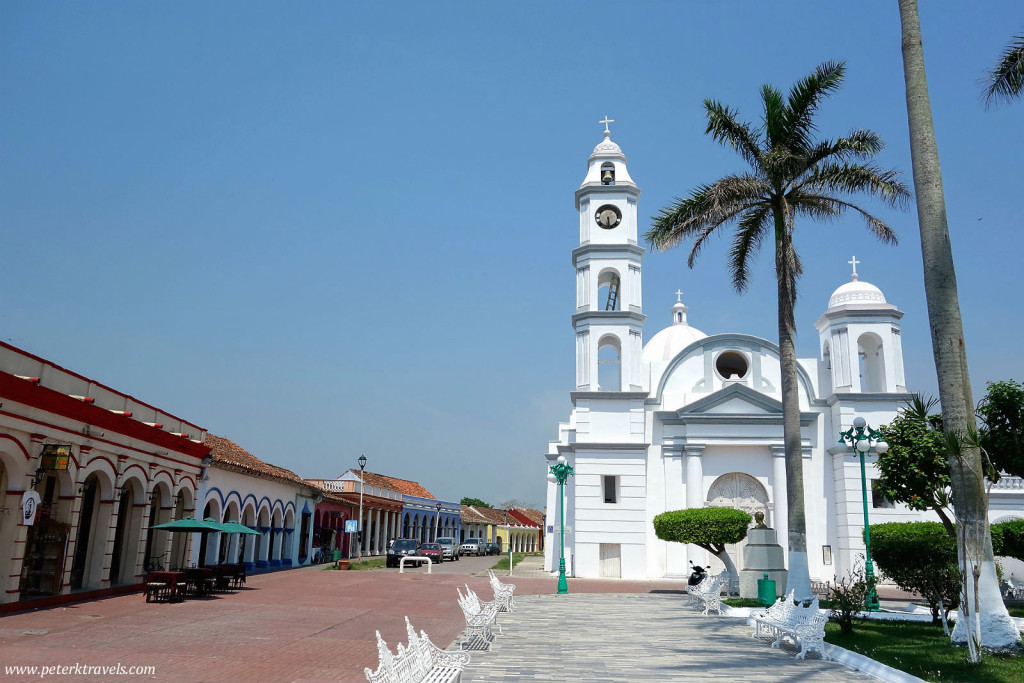 On another side of the plaza, there is another church — the Iglesia la Candelaria.  This church dates to 1769:

The Virgin Mary image inside is the focus of the town’s major festival.  The church is beautifully decorated:

The buildings around the main square were all brightly painted and in wonderful shape.  A crew was setting up a stage in front of the town hall, the blue building on the right side of the photo below:

The architecture with brightly colored, single-story homes with columns was one of the most interesting things about Tlacotalpan: 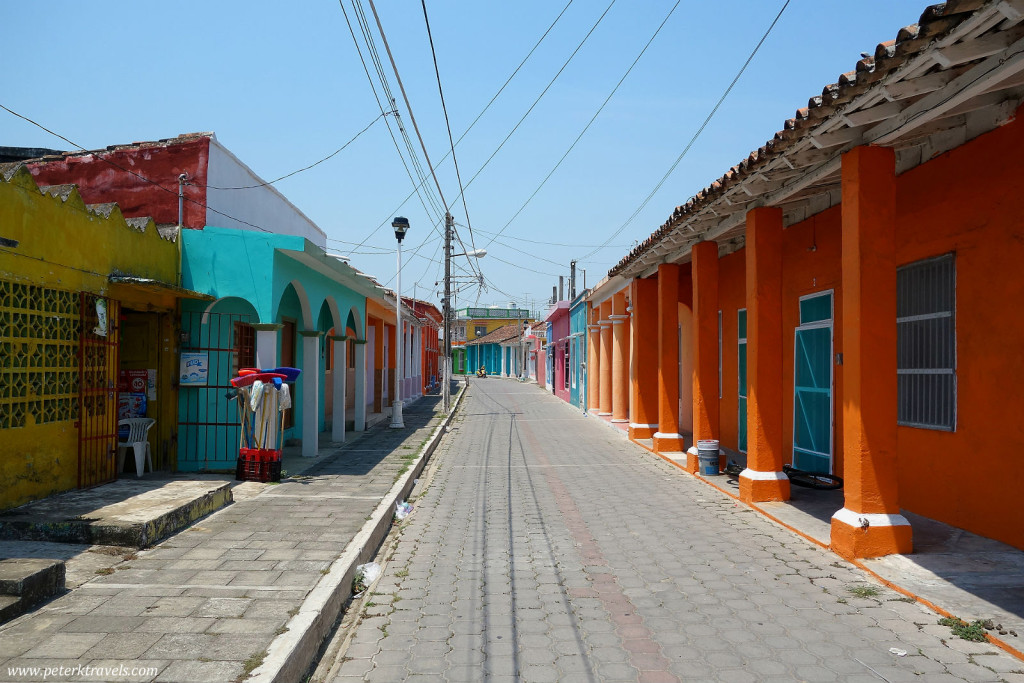 The two streets alongside the river (Chazaro and Enriquez) had a wealth of these homes, all brightly colored:

I found everyone in Tlacotalpan to be very friendly.  Several people came up and introduced themselves, one wanting to practice English:

“Is correct, today is too much hot in Tlacotalpan?”

We went back and forth for a while.  It WAS hot!

Another gentleman introduced himself as a famous artist.  He gave me his name, and suggested I look him up on the Internet (turns out, he is in fact somewhat famous).

Here are a few more photos from around Tlacotalpan:

Later in the afternoon, I made my way back to the bus station.  The return buses to Veracruz stop and park alongside the road.  There was one waiting as I walked up, so I hopped on, and back to Veracruz I went.

I really enjoyed Tlacotalpan.  I could see coming back here, and just spending a few days being lazy.

2 Responses to "A Visit to Tlacotalpan"