Before traveling to Nova Scotia in May, I looked online for any information about shipwrecks that I might be able to visit.  I didn’t find much.  However, while doing some research on Google Maps, I spotted a white object lying along the coast.  I zoomed in enough and realized it was a wrecked yacht sitting on the rocks.  I hoped it would still be visible when we visited.

We drove by on hazy, rainy afternoon, and I got out and checked it out.  I took a few photos, but decided to return the next day.  The next morning, we had beautiful light, and I spent a fair amount of time taking photos in the nearby fishing town of Blue Rocks.  I then decided to head for the wreck.  By the time I got there, the sun was climbing, washing out the sky behind the wreck.  I decided to incorporate the sun into the photo: 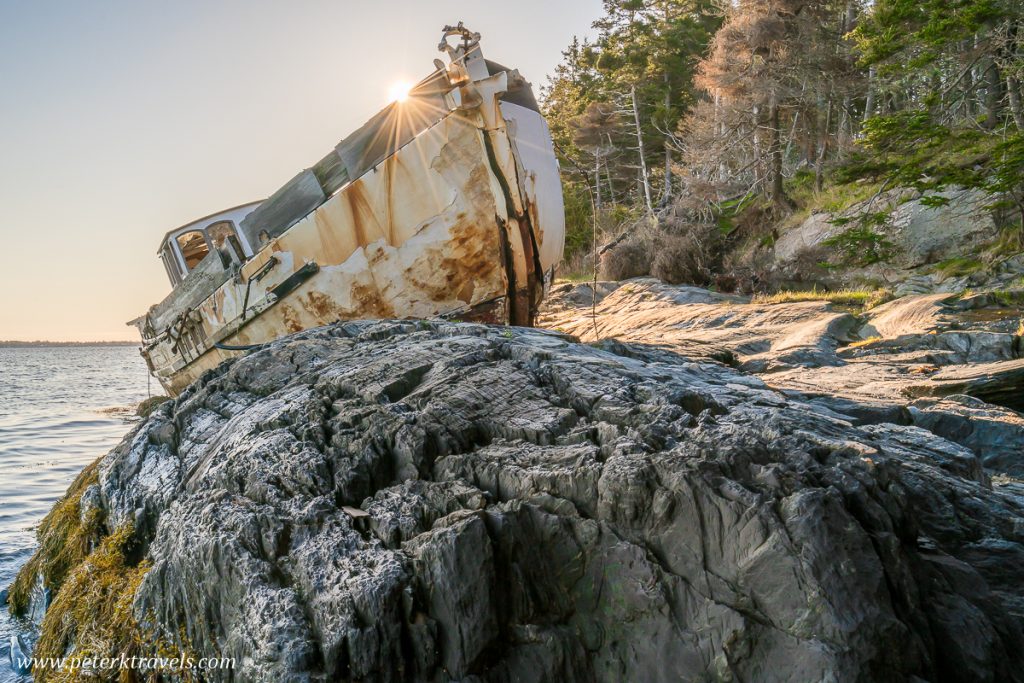 I don’t think this wreck will last much longer.  Apparently the local residents want it removed, and steps have been taken to start that process.

3 Responses to "Shipwreck at Sunrise"