We were meandering through the streets of Paris late one summer day in the Montmartre neighborhood, near Sacré-Cœur.  I had been enjoying shooting film photos of the various cafes we’d encounter, hoping to catch some of that traditional Parisian cafe vibe on film.

I was using my vintage Nikon FG, a 35mm film camera I had purchased at a thrift store back in Indiana.  Its light weight was a real asset when wandering through town.  It weighs less than my normal full-frame digital camera, even with a couple of spare rolls of film.

Montmartre is a charming area of cobbled streets, cafes, and the beautiful Sacré-Cœur basilica.  It’s a great place to get lost just enjoying everything Paris has to offer.

Au Petit Montmartre sits on a small triangular shaped park, near the Abbesses metro station.  The sun was low in the sky, and so I shot the photo of it through the trees, using a small aperture (high F-number) to create a sunstar effect.  I hadn’t tried to do this on film before, but the principle is the same with digital, and I was happy that it turned out well. 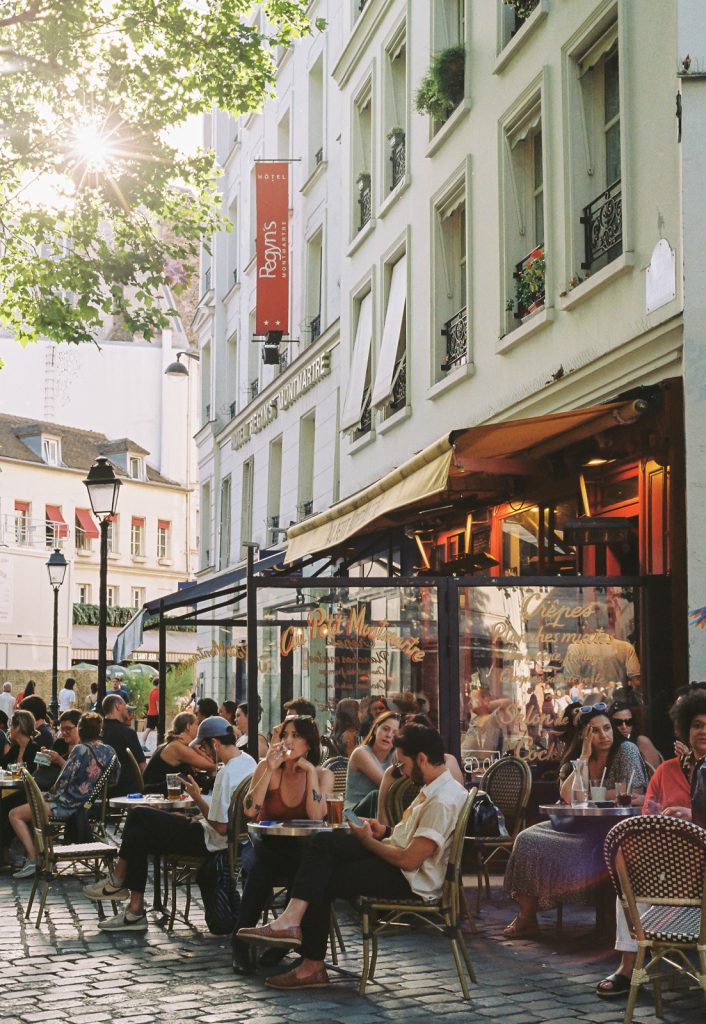 I also took the same photo with my Sony RX-100 point and shoot, and it is sharper.  However, I have to say that I prefer the look and feel of the film version of the photo.