During our June 2022 France trip, we spent a few days in Paris.  Without much of an agenda for that part of the trip, we were wandering near the Eiffel Tower one afternoon.  We decided to walk up to the Bir Hakeim bridge, which has a nice view of the Eiffel Tower.  The tower was being re-painted, perhaps for the leadup to the Paris Olympic Games in 2024.  There was scaffolding and such down low, but a more distant view hid the work.

As we walked back towards our hotel along Boulevard de Grenelle, we passed a wonderful cafe, Le Bistrot de la Tour.  I was carrying a vintage Nikon FG 35mm film camera loaded with Kodak Ultramax 400 to capture cafe scenes, so that camera came out for this photo and my normal Sony stayed in the bag.

The street in front of the Bistrot was rather busy, so I waited until the traffic cleared to snap this photo.  The waiter was clearly watching me, but the customers seem to be in their own worlds.

This photo illustrates one limitation of shooting a vintage film camera, the detail in the shadows is a bit lost.  I could probably try and over-expose the photo so that doesn’t happen in the future, but I’m really a novice and have been basically shooting on auto mode.

Nevertheless, I really like the look and feel of this photo, including the film grain, and was very happy with the composition. 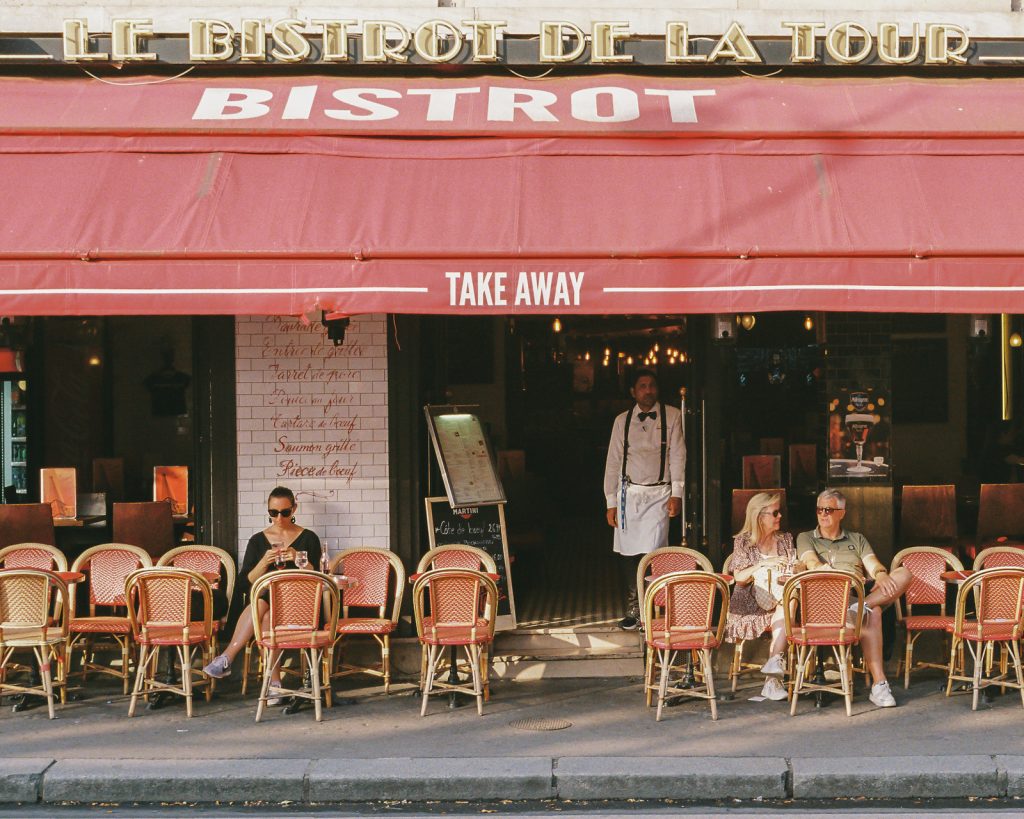 I’ll have more street photography from Paris in future posts.

A Great View in Atrani