While visiting Lagos de Moreno, I was photographing the Parroquia De Nuestra Señora de la Luz.  As I walked uphill away from the church, I though it might be a good location to try for some light trails after dark.  A few hours later, I returned.  I’m still learning about the best way to get good light trails, and discovered that this location had a couple of flaws.

First, it had too many stoplights.  The flow of traffic was too easily broken, meaning that you wouldn’t have uninterrupted streaks of light.  Ideally, the road would be a highway, or a winding road with no stops that slows traffic down, without stopping.

Second, the angle of the oncoming cars was right at me, so headlights were a problem. A better location would perhaps be higher above.  In this case, I tried to only take photos when cars were mostly moving away from me, not towards me.

Despite the limitations, I got some interesting photos at this location.  I think this one is the best: 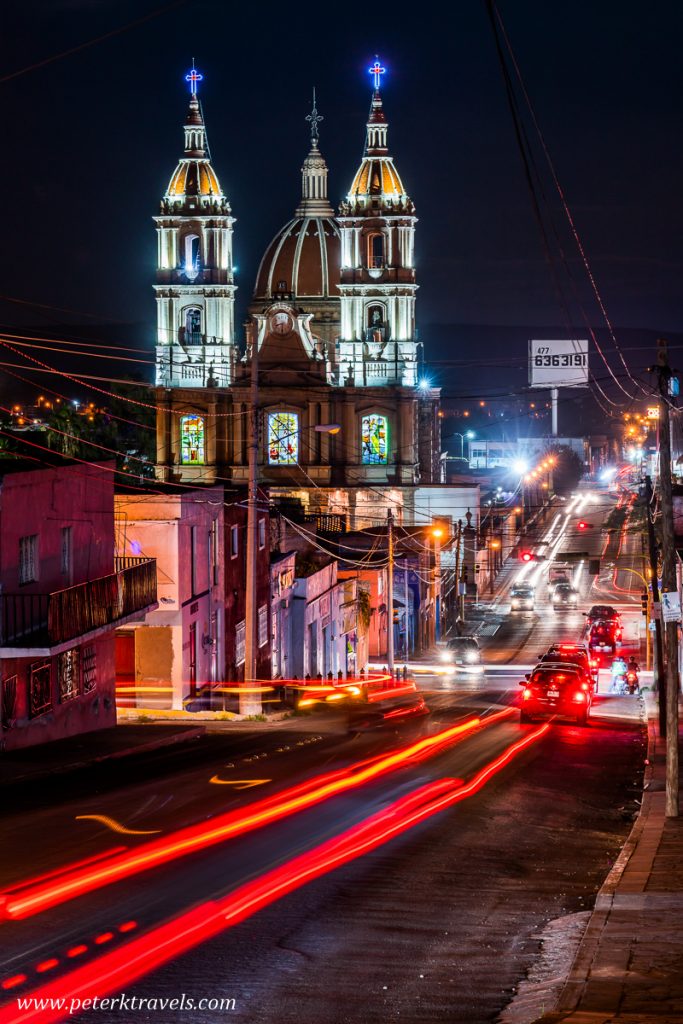