My wife and I were in the city of Guanajuato, Mexico a couple of weeks ago for a long weekend.  Our time there also happened to fall during the Cervantino, an international arts and music festival.  I’ll be writing more about that later, but for this post I just wanted to share a few photos from around Guanjauato, taken around sunset.

On a cool and windy late afternoon, I climbed the up to the Monument to Pipila to take a photo of the city.  The sun was setting and partially hidden by clouds and ended up illuminating up the houses and hills in the background in a very pleasing way: 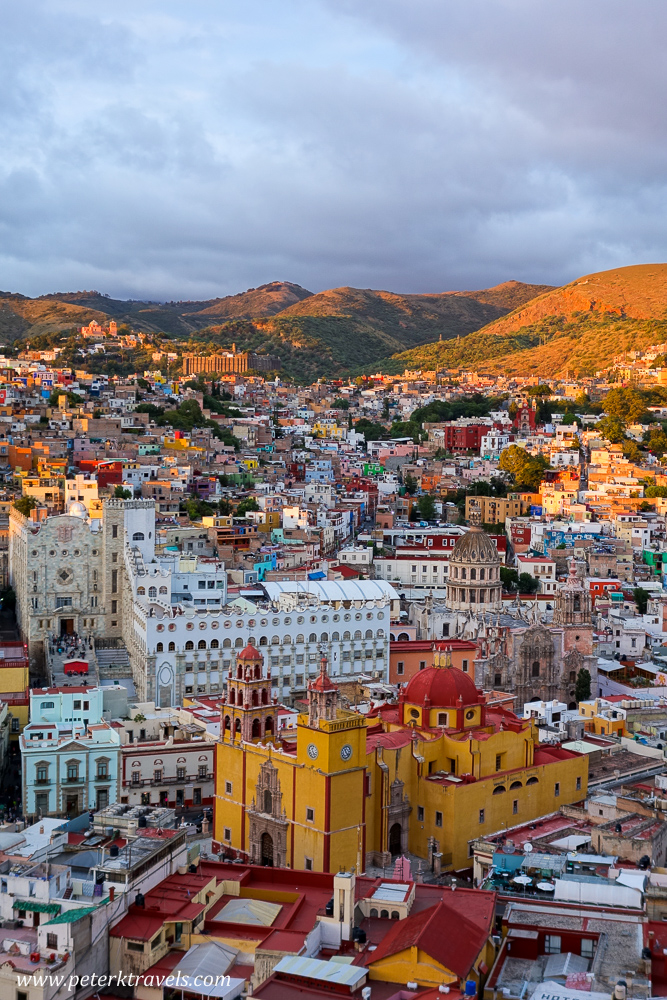 A little while later, the sun had set and the city was pleasantly lit.  The dark gray clouds obscured the normal blue look the sky would have, producing a very different photo.  I was shivering when taking this, so the focus isn’t as crisp as I would have liked: 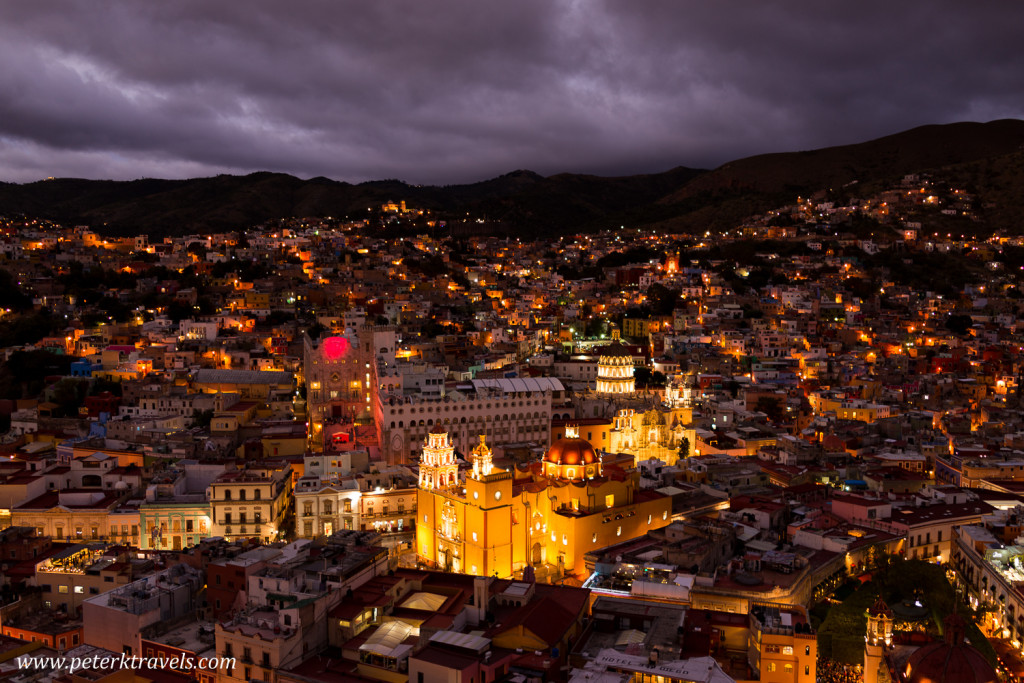 On the way back down the hill, I snapped a side view of the Basilica: 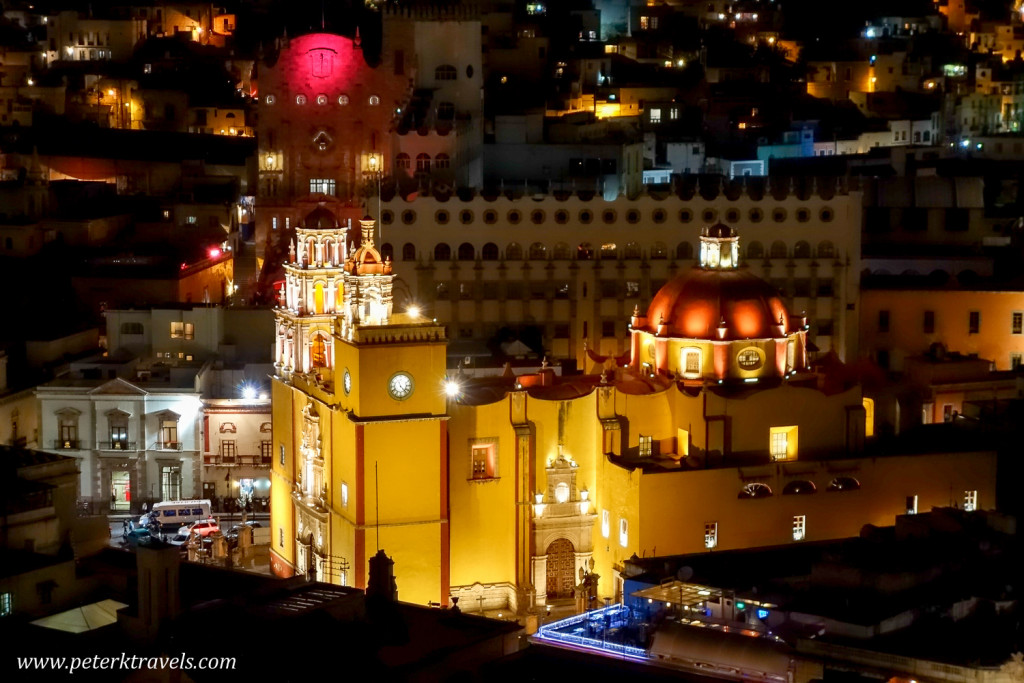 I also took some random photos one night while walking around.  Here’s a few that turned out reasonably well: 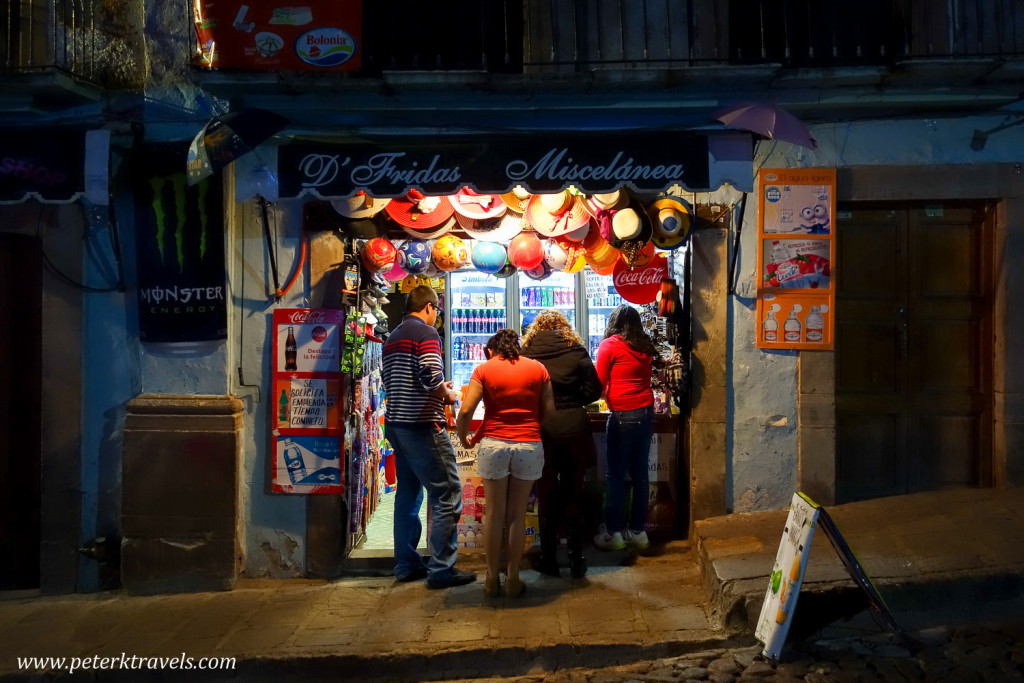 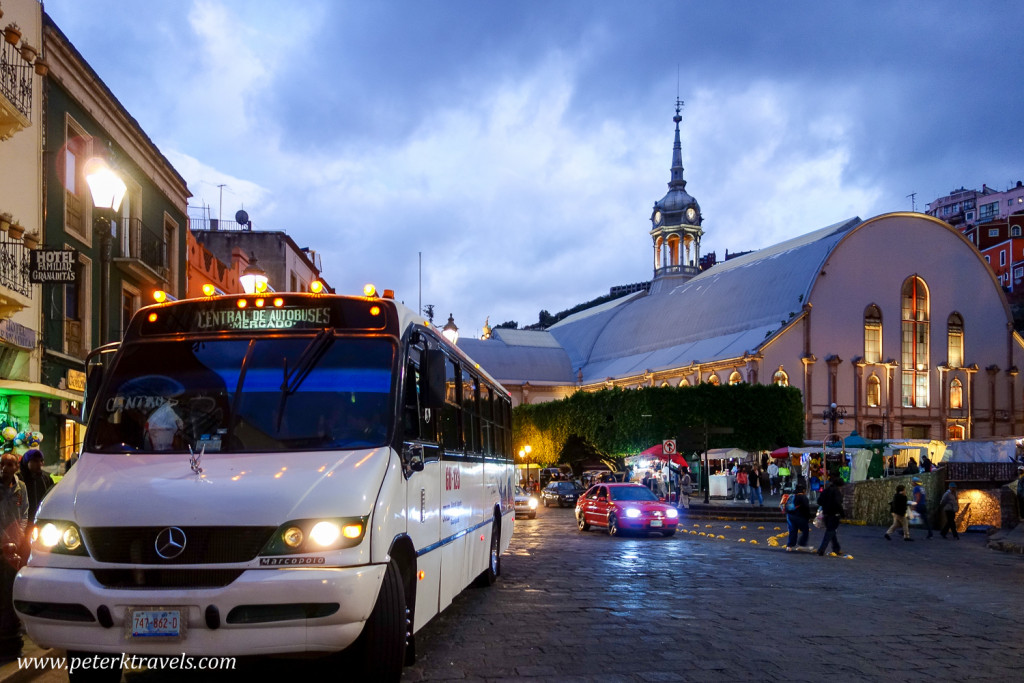 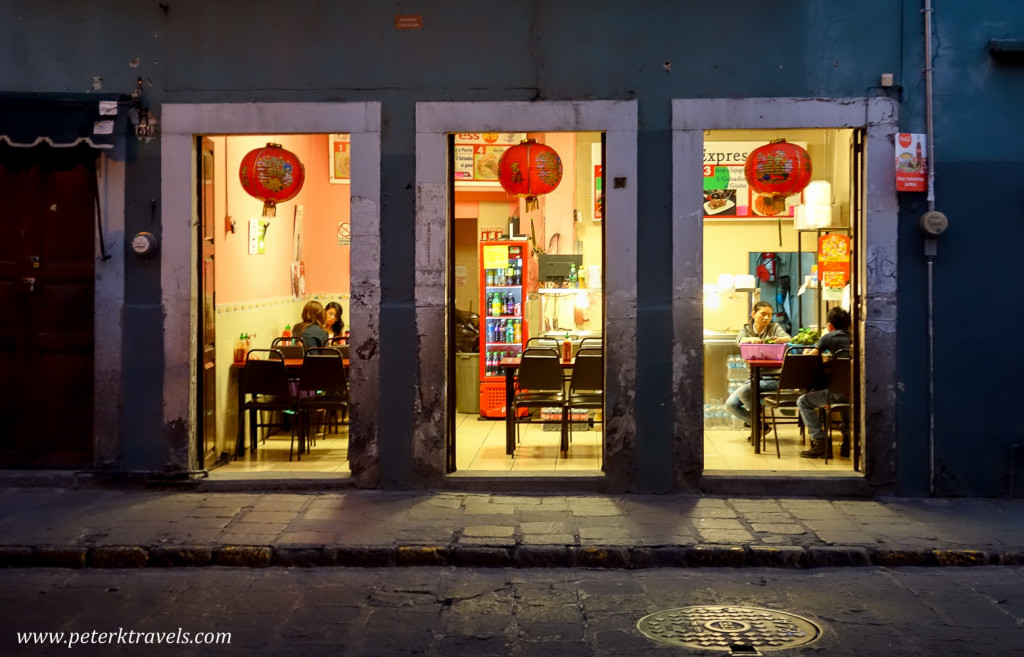 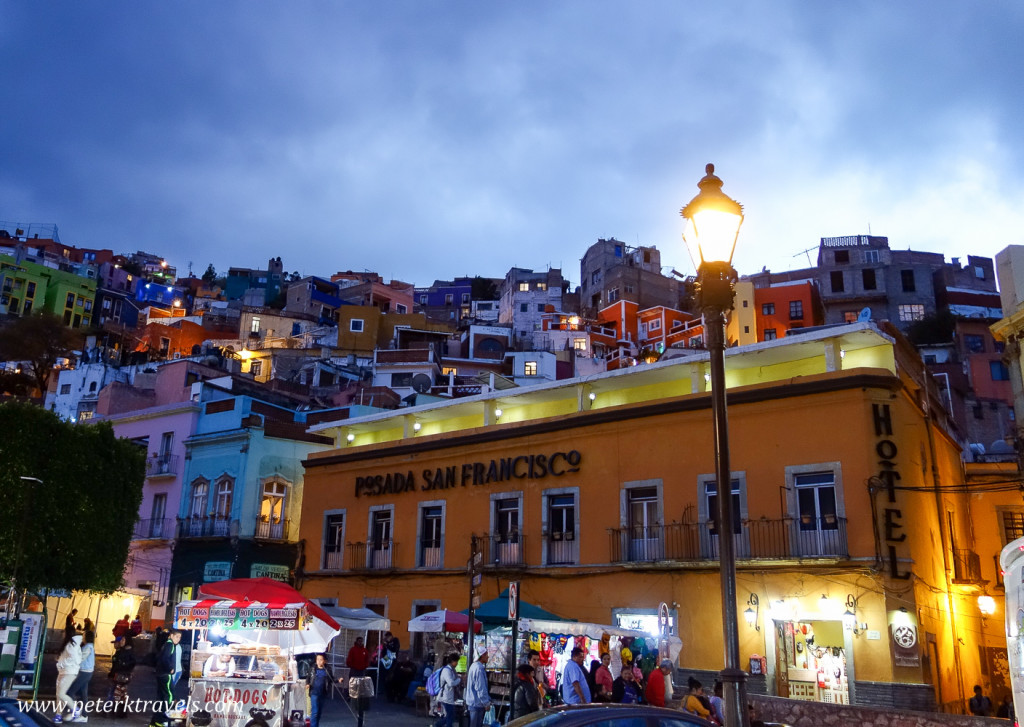 I’ll be posting a lot more Guanajuato photos in the weeks to come.  It’s one of the most beautiful and photogenic places I’ve traveled in Mexico, and I can’t wait to share them with you.

Guanajuato Then and Now