In early May 2015, I took a trip to Veracruz state in Mexico.  There were a lot of things I wanted to see in Veracruz, and among them were the small town of Xico, and the impressive waterfall outside of town, the Cascada de Texolo.

I was based in Xalapa for a few days, about 20 kilometers from Xico.  One afternoon, I took a bus from Xalapa’s Mercado Los Sauces to Xico.  It cost $20 MXN, and arrived in about a half hour.  The bus drops you right near the town’s main church, the Parroquia de Santa María Magdalena.  I had seen previous photos of the church, and it looked very photogenic — unfortunately (for photos), the exterior was undergoing renovation during the time of my trip: 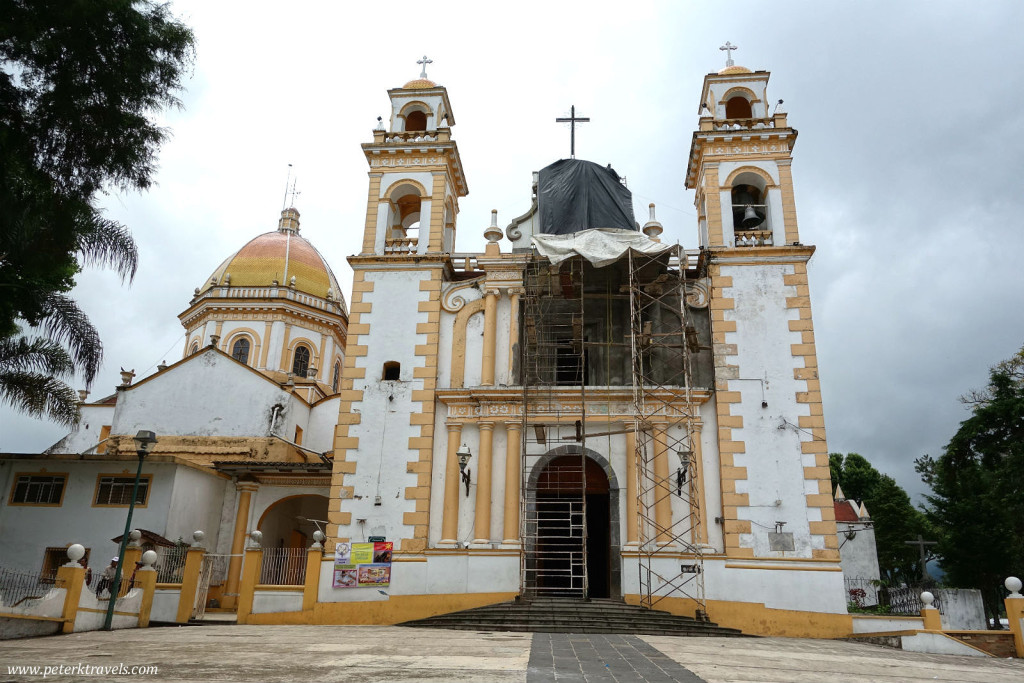 I decided to take a peek inside, and found the church beautifully decorated with flowers: 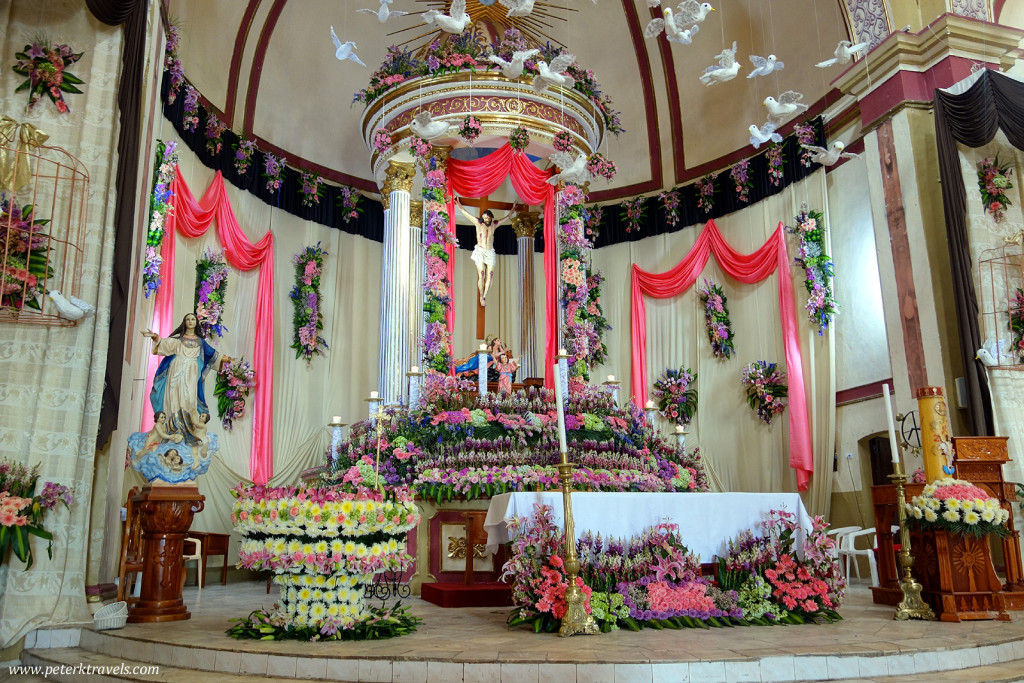 I spent a little time just wandering around Xico.  It’s a pleasant little town, and is one of Mexico’s Pueblos Magicos.  The weather wasn’t great — kind of dreary and overcast, which I think is common in this area of Mexico. 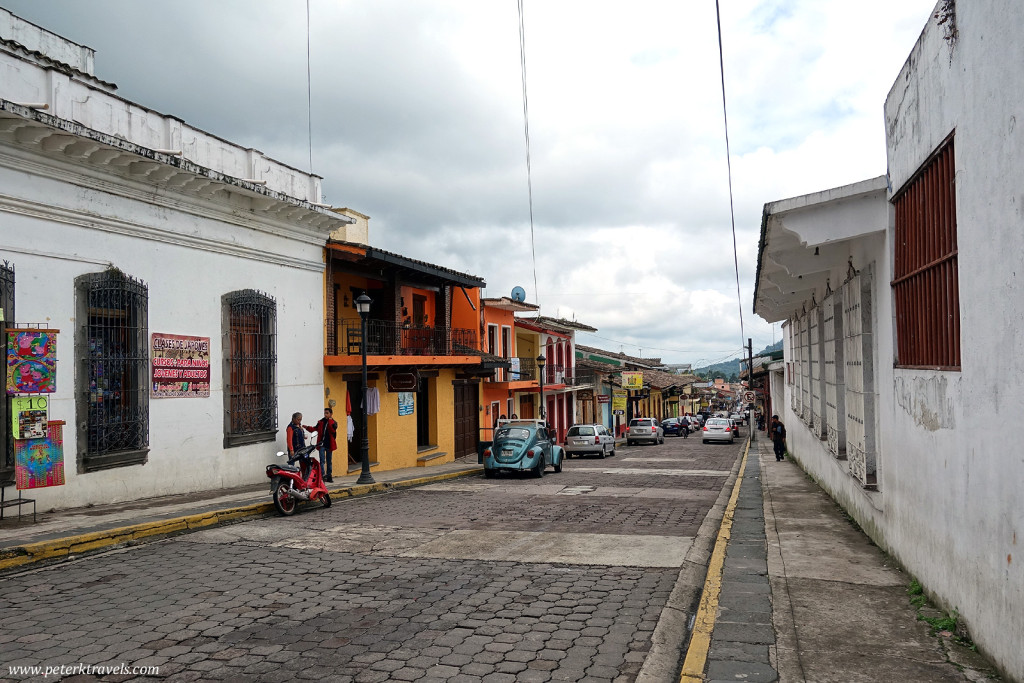 When it looked like the sun was going to come out for a bit, I decided to find my way to the waterfall.   I knew it was a few kilometers out-of-town, and I briefly considered walking.  I decided to grab a cab, which ended up being $50 MXN — not bad.  The road to the waterfall goes through a finca, or coffee farm.  It’s pretty rough and bumpy.  The driver dropped me off at a large parking area, and I walked in from there. 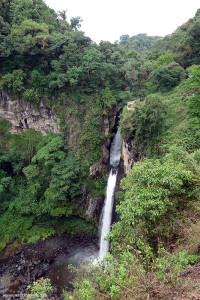 There’s a nice viewing area where you can see the falls from above.  The falls apparently drop about 80 meters from top to bottom, and are quite loud.  This is a somewhat famous waterfall — the 1980s hit movie Romancing the Stone was filmed in Veracruz, and this area was used in much of the filming (while the movie takes place in Colombia, it apparently it wasn’t safe enough there at that time to film).  The famous stone in the movie — an emerald — was found behind a waterfall.  This is the waterfall that was used in the movie.

If you walk out of the viewing area, you come to an area with a bridge that spans the gorge, and you can get to the other side.  Walking this way enables you to follow any number of paths which either go higher up for a different viewing angle, or to take a trail that might lead you to the bottom, where you can get a great view of the falls and the gorge next to them.

The bridge looks a little unsteady, but it was safe to cross.  Don’t look down if you don’t like heights: 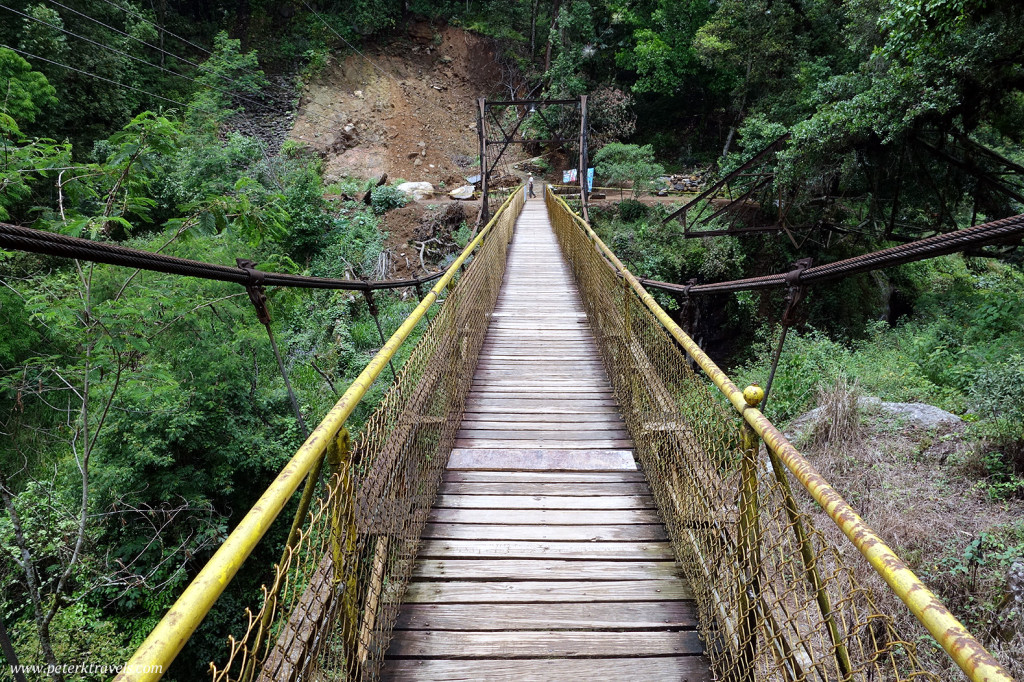 Once on the other side, walking to the left, you eventually come to some other paths.  To get to the bottom of the falls, you’ll want to keep going left when you see these signs: 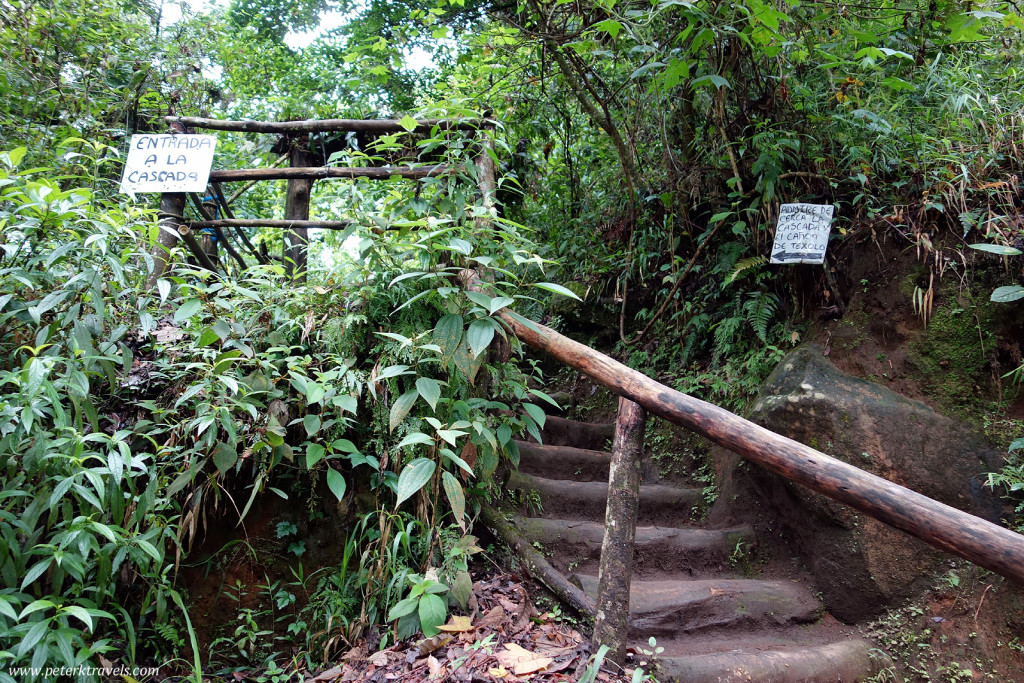 The one that says “Entrada a la Cascada” will take you on a path that leads to the bottom.  It’s maintained by a guy — might even be his property (who knows), and he asks for a $5 MXN donation.  Pay it, it’s worth it.  You’ll clamber down wooden steps embedded in the mud and dirt down to the bottom viewing area, which is spectacular: 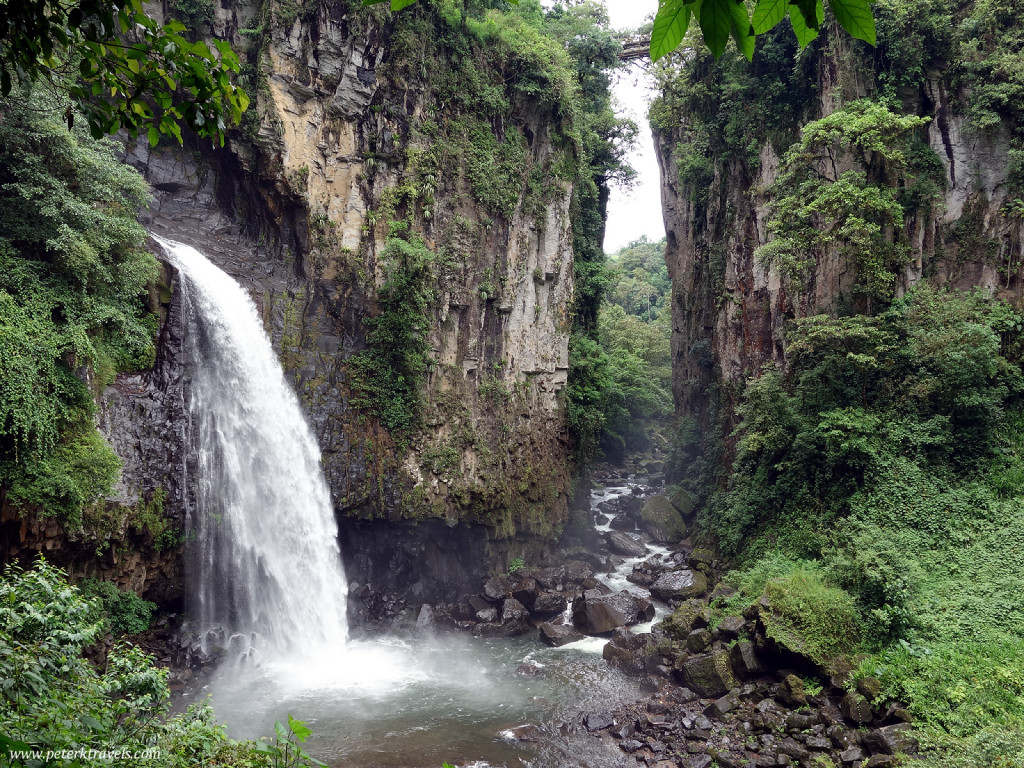 The bridge across the gorge can be seen at the top of the above photo.  At the bottom, a small viewing platform is built so that you can enjoy the view: 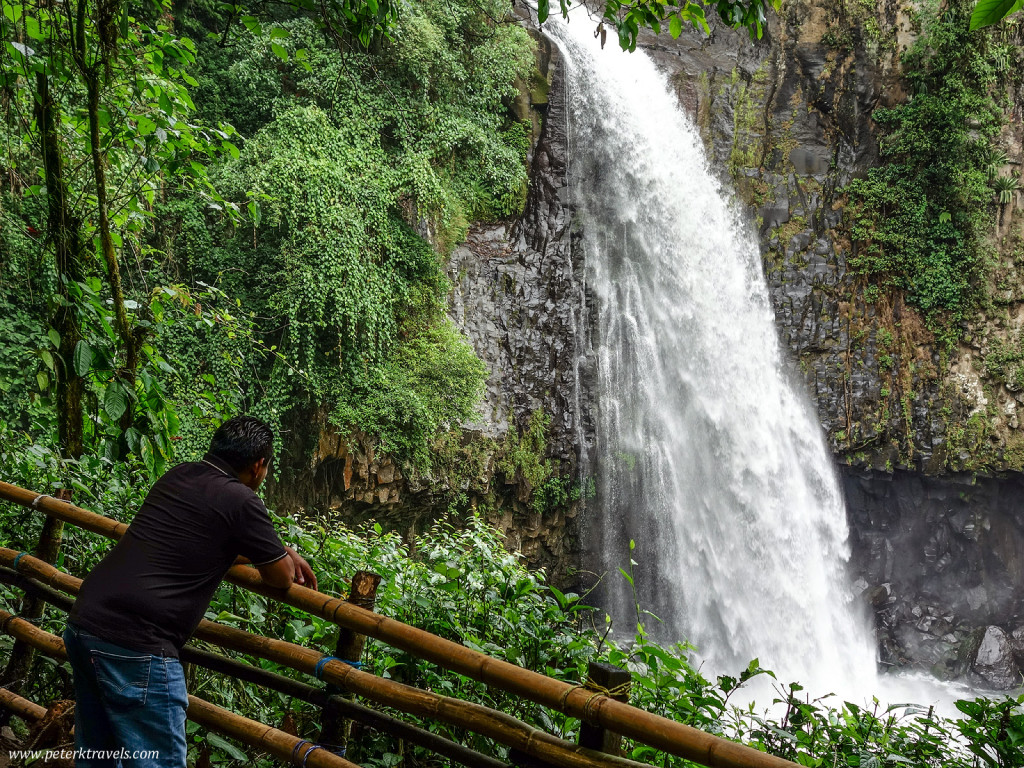 Climbing back up isn’t as much fun as going down — this area is basically a rain forest, so it tends to be wet, humid, and the footing isn’t always great.  There are lots of tropical plants, many epiphytes, and even a few flowers: 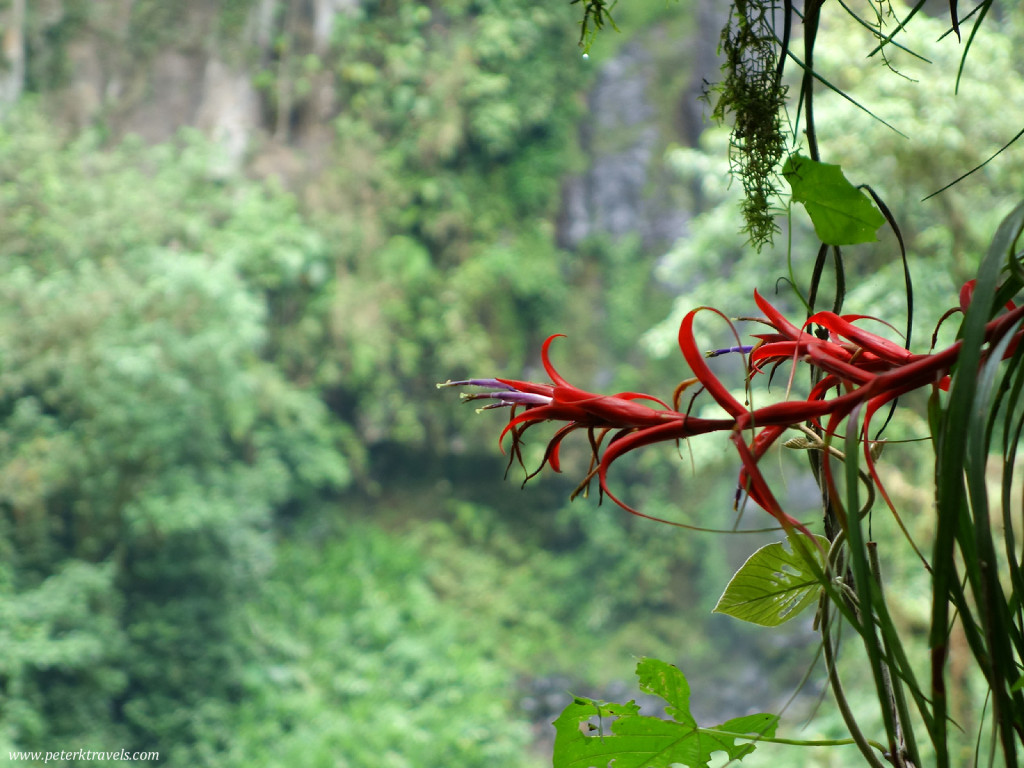 Back at the top, and crossing back over, I took a photo of this old bridge, which has clearly been out of service for quite some time: 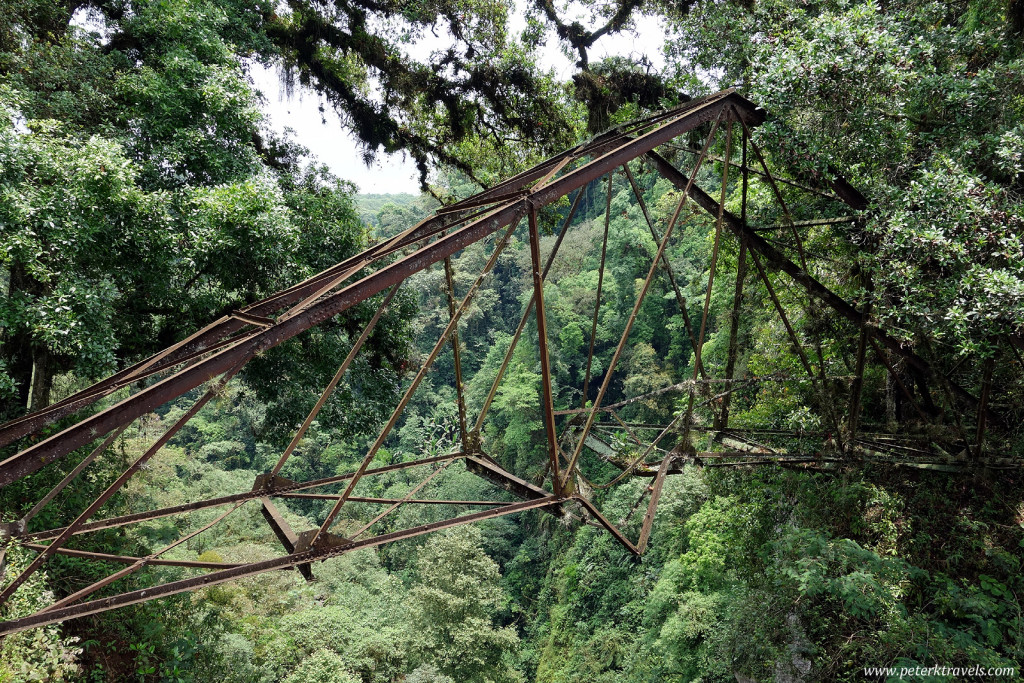 It was only a little later that I found photographic evidence of the Romancing the Stone claims.  Here’s a photo of the stars of the movie, Michael Douglas and Kathleen Turner posing in front of the same bridge: 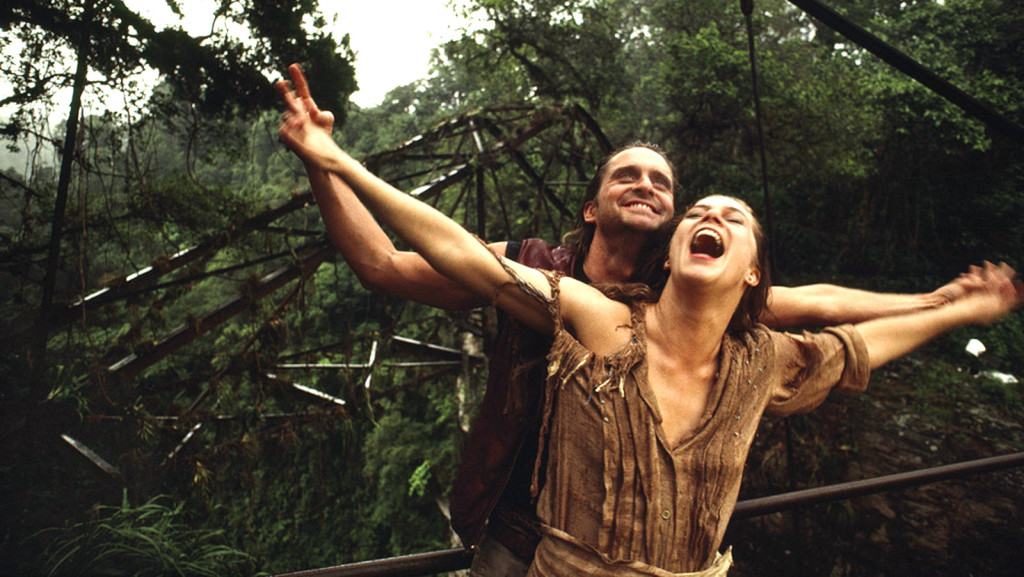 I returned the same way I had come — there was a cab in the parking lot, and for $50 MXN he ran me back to town.  I caught a bus back to Xalapa directly across the street from the church for $20 MXN.

This was a fun little trip, and quite easy.  If you’re ever in this area, check it out! 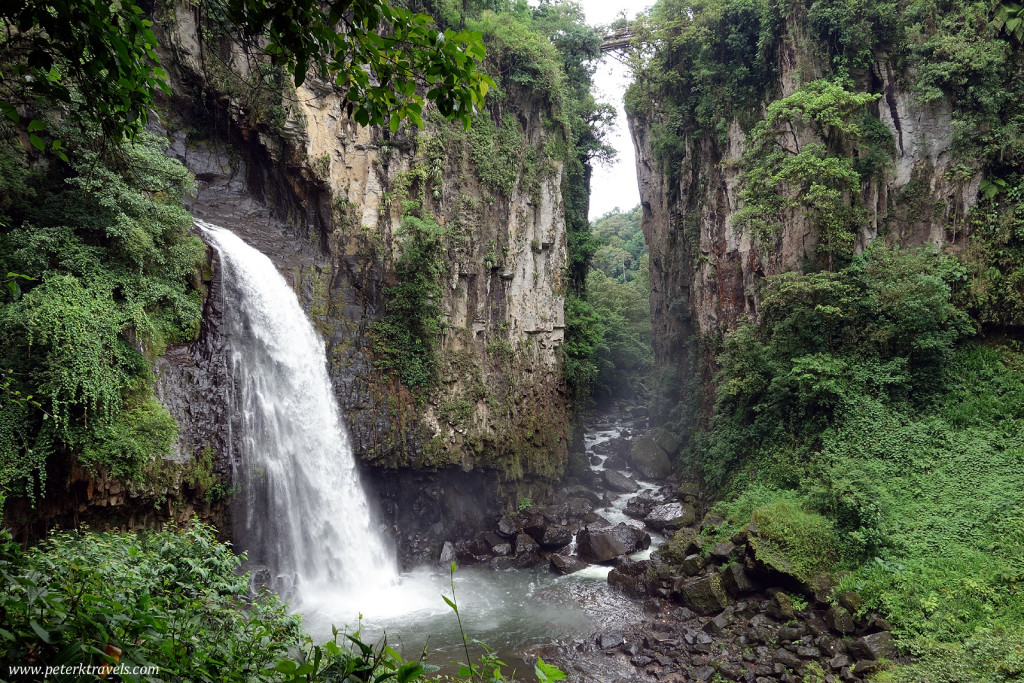 The Creepiest Cemetery in Xalapa

2 comments on “Xico and the Cascada de Texolo”