These are overlays of the city of Antigua Guatemala, past and present.  The older images date from 1960 and came from my archive of old travel images.  The 2015 images were taken by me in February 2015.  I’ve tried to match the vantage points as best as possible.  Click the slider in the middle of the image and drag either way.

This Antigua landmark does not appear to have changed much in the 55 years between photos.  Originally built in 1853, it’s used as a communal laundry area.  Note the difference in the height of the palm trees behind it! 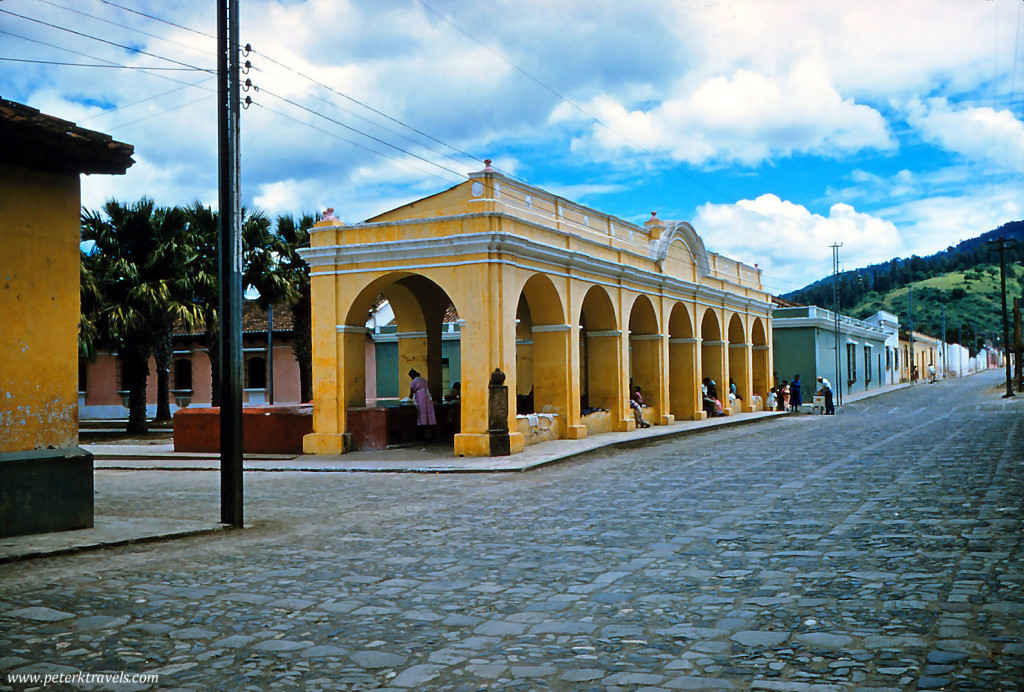 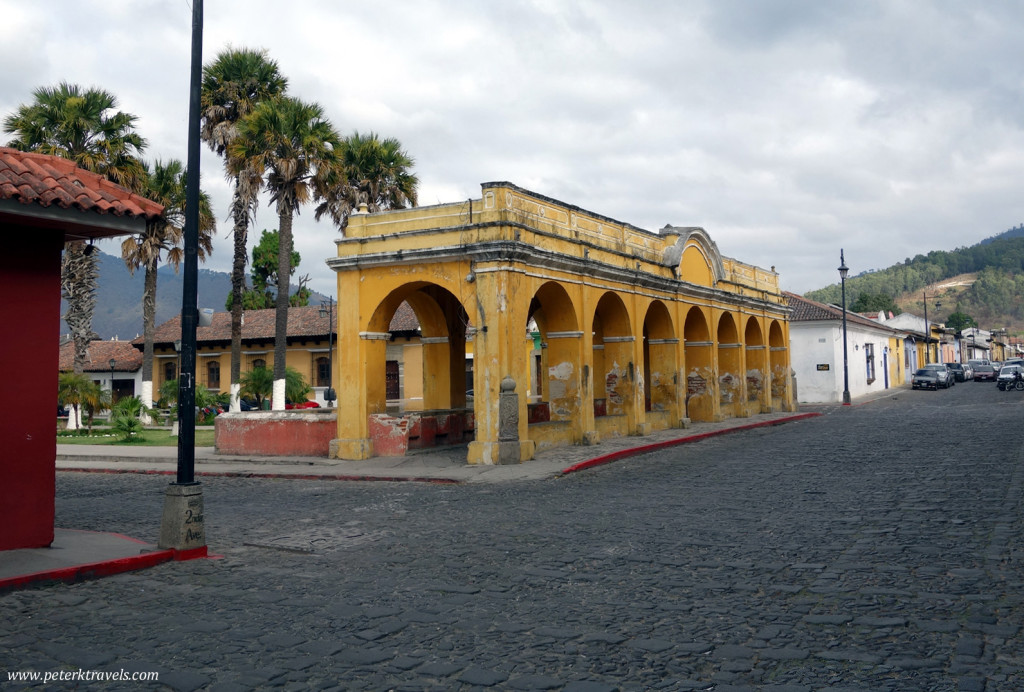 The Cathedral de San Jose faces the main square.  It was consecrated in 1680 and heavily damaged in the earthquake of 1773.  In these photos, some restoration has happened, and the plantings around the square have changed. 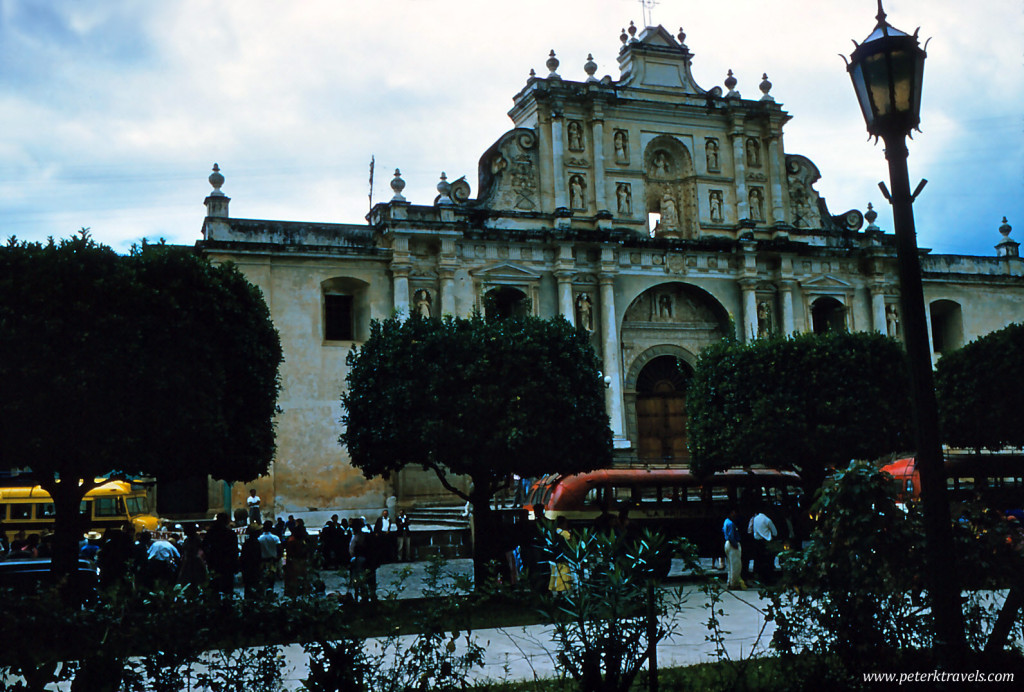 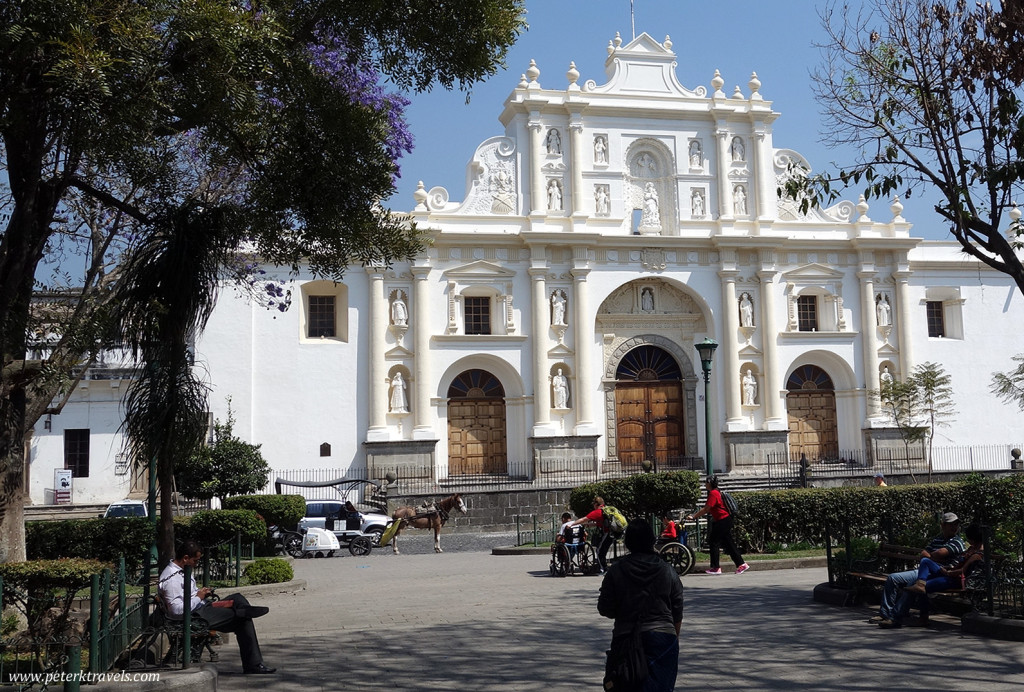 This massive church and complex dates from the early 1700s.  It was destroyed in 1773, and was not rebuilt.  You can visit and wander through the ruins.  It appears some of the wall in the background of the 1960 photo has collapsed, perhaps in the 1976 earthquake? 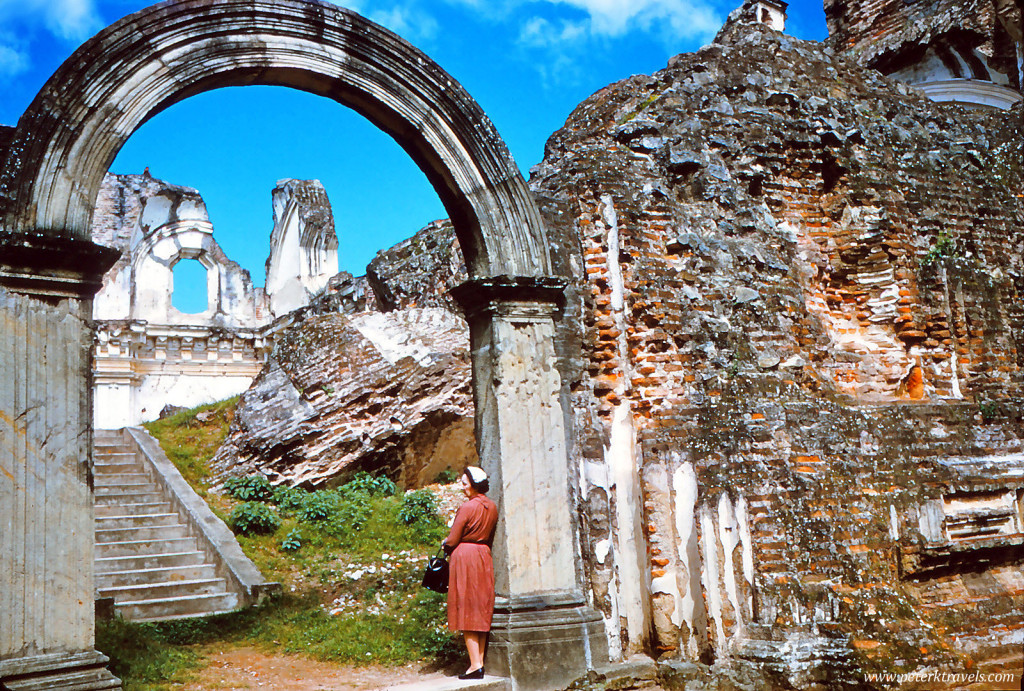 As noted above, some walls seem to have fallen in the last 55 years. 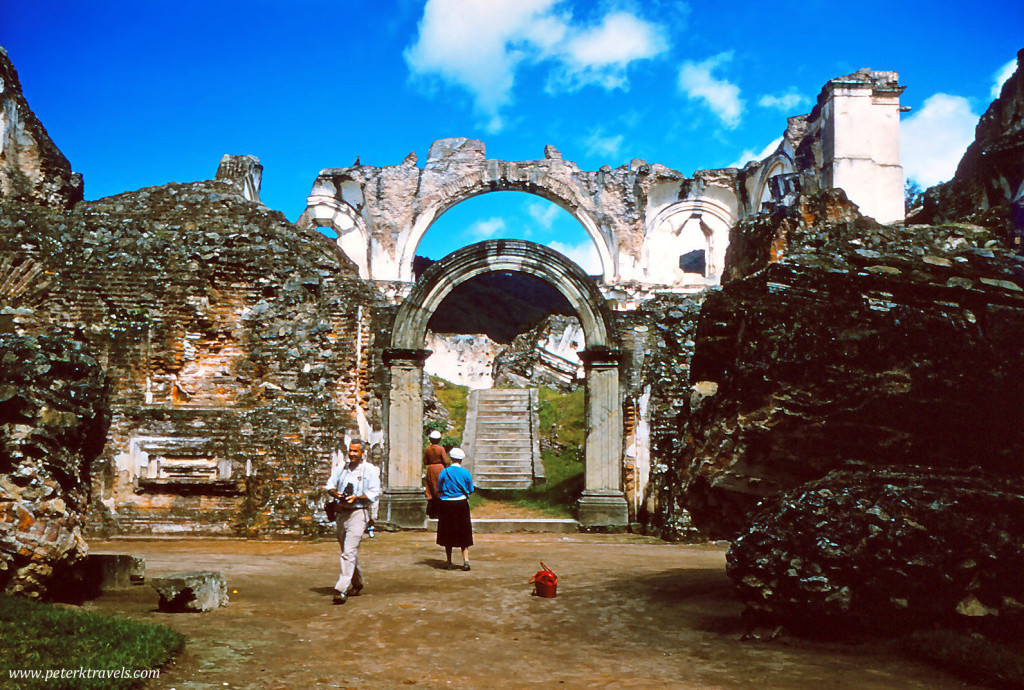 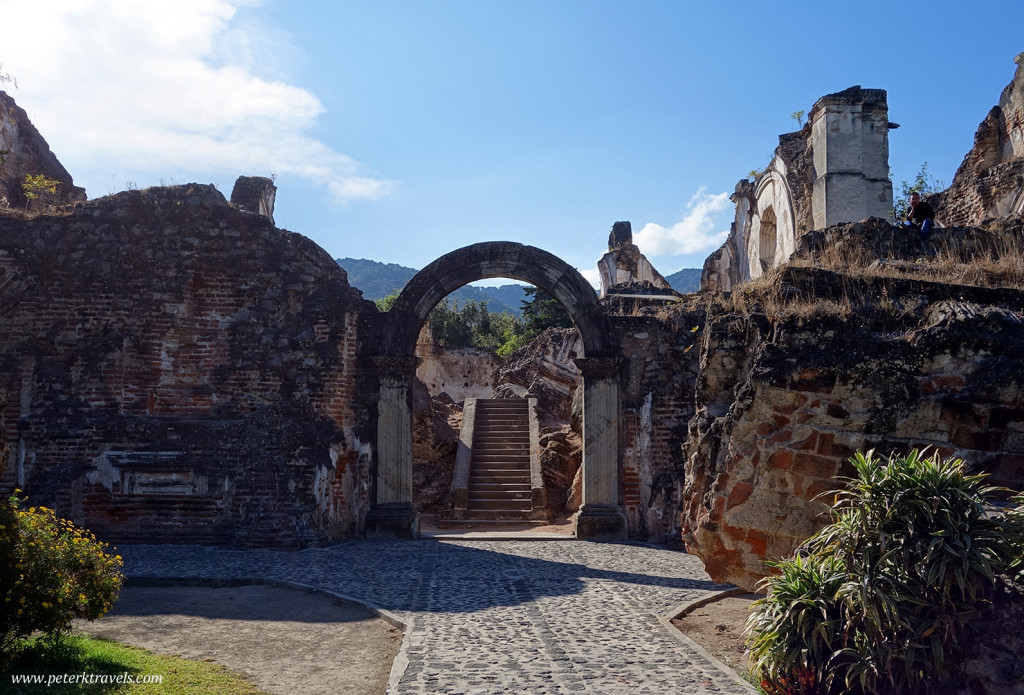 Inaugurated in 1702, this massive church and complex was heavily damaged in the 1773 earthquake.  From a roofless ruin in 1960 to a functioning church in 2015, I did not believe I was in the same place.  I showed the 1960 photo below to a man in the museum to make sure I really was in the right church. 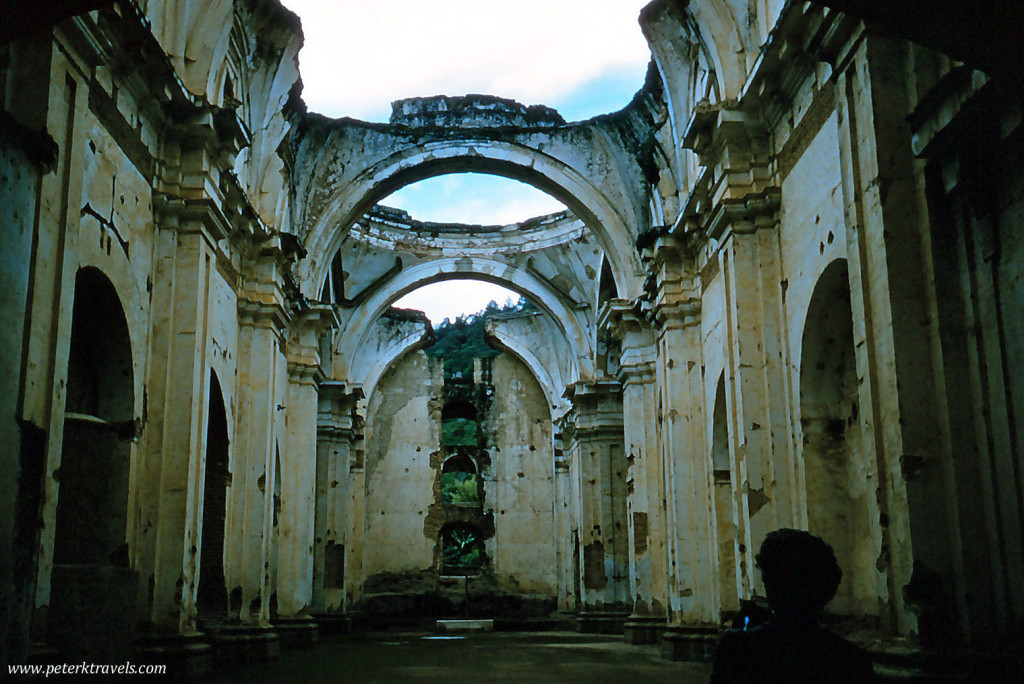 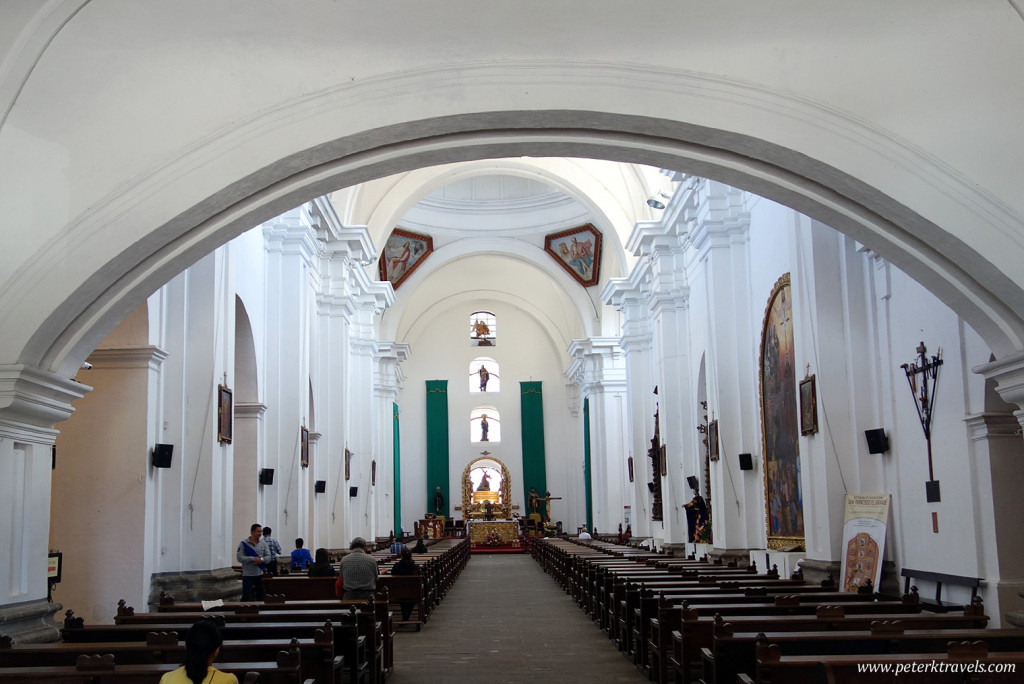 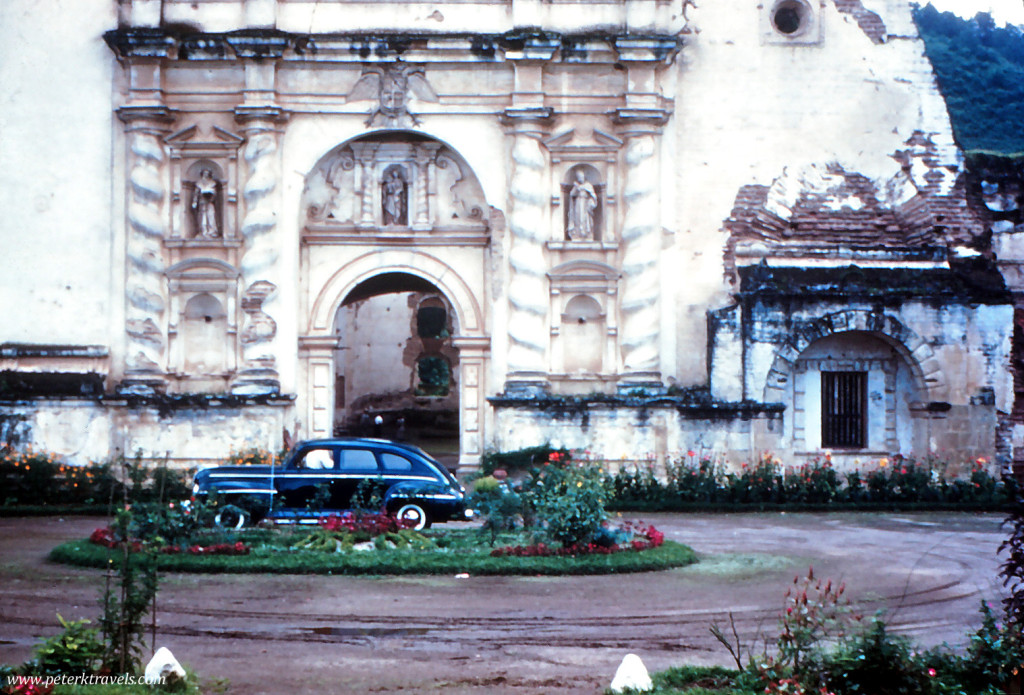 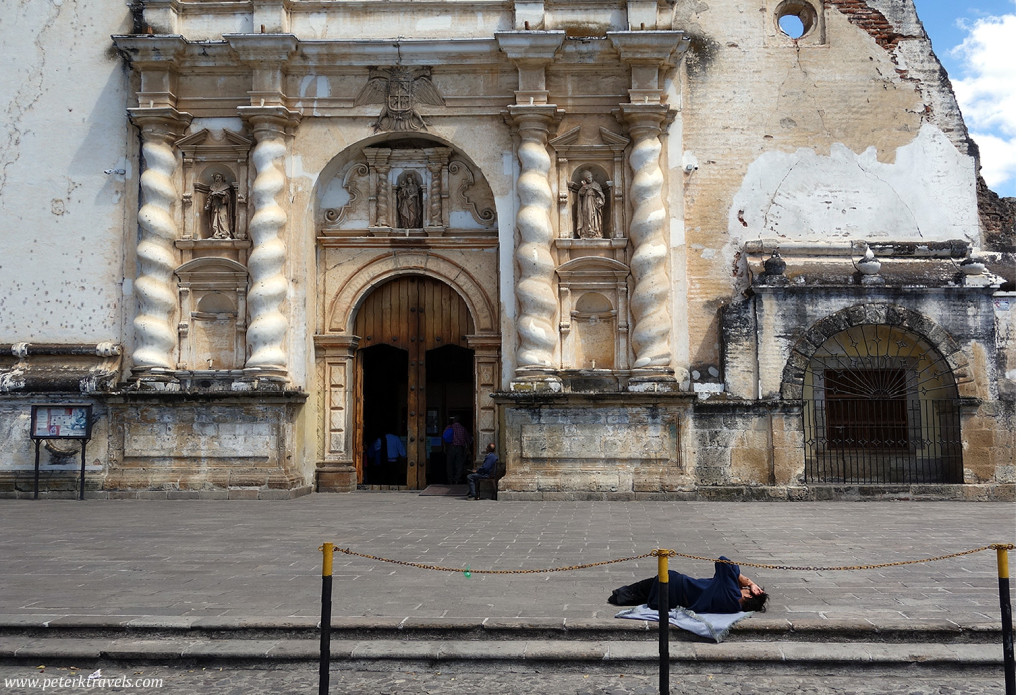 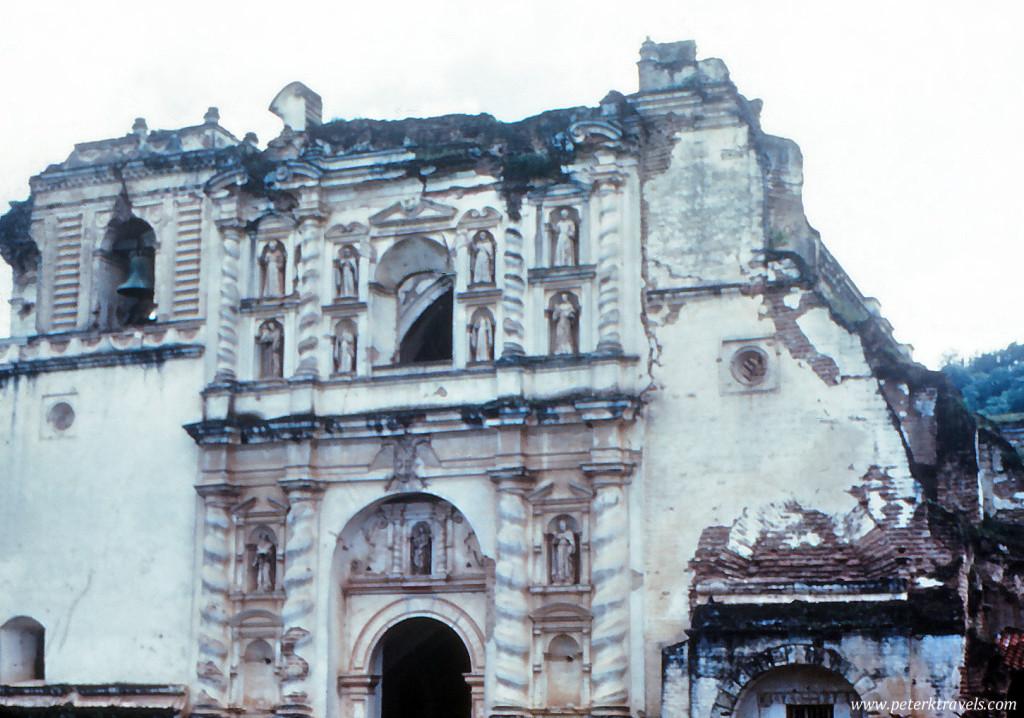 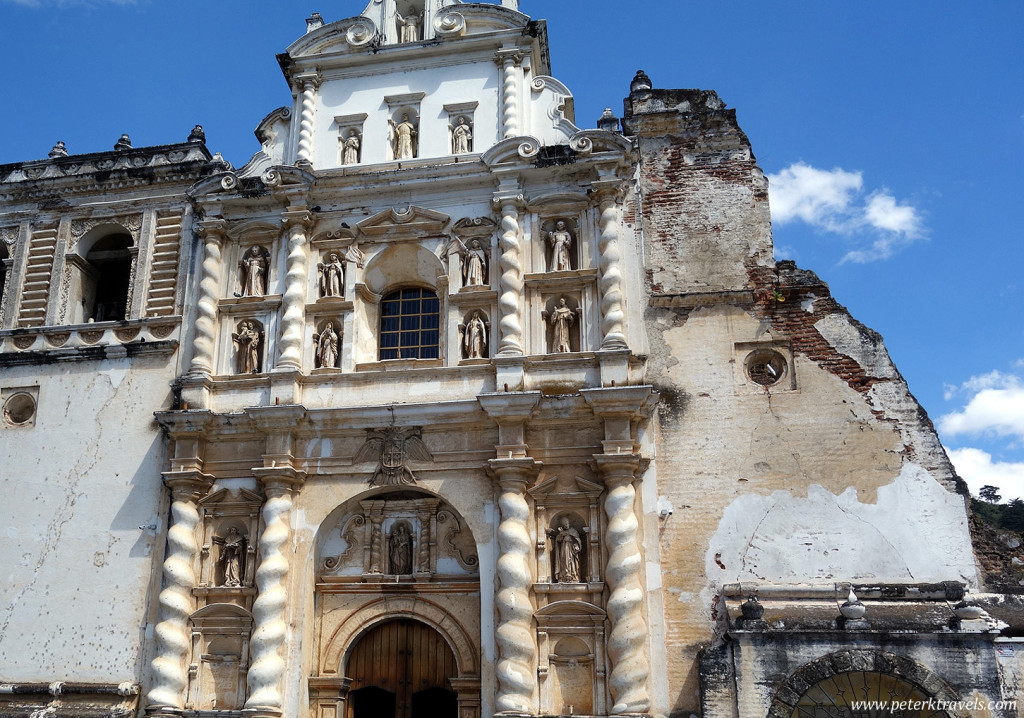 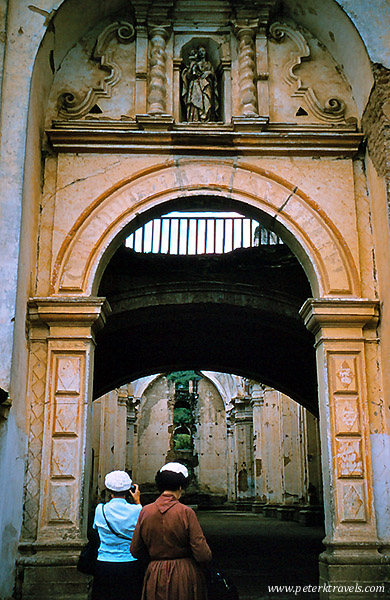 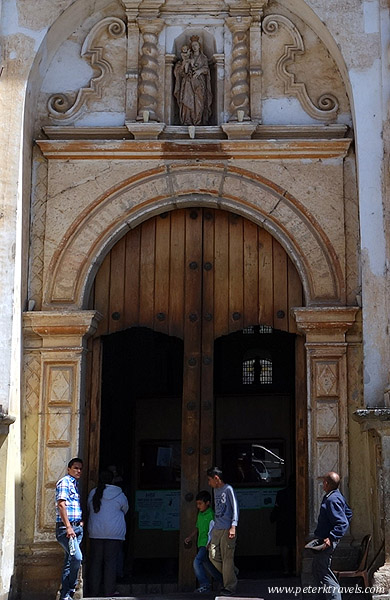 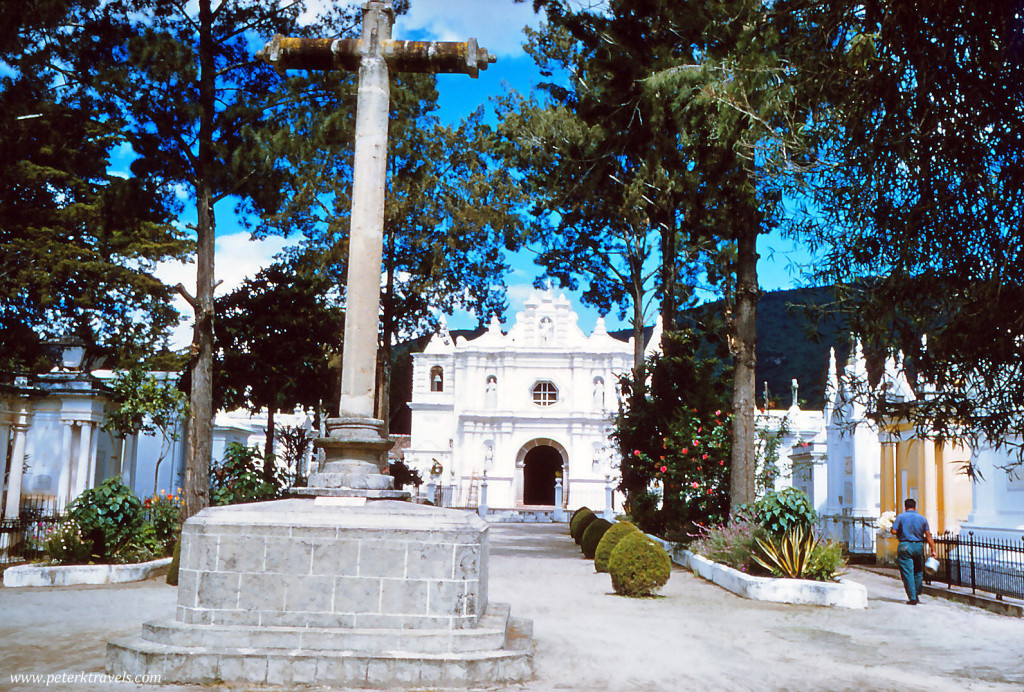 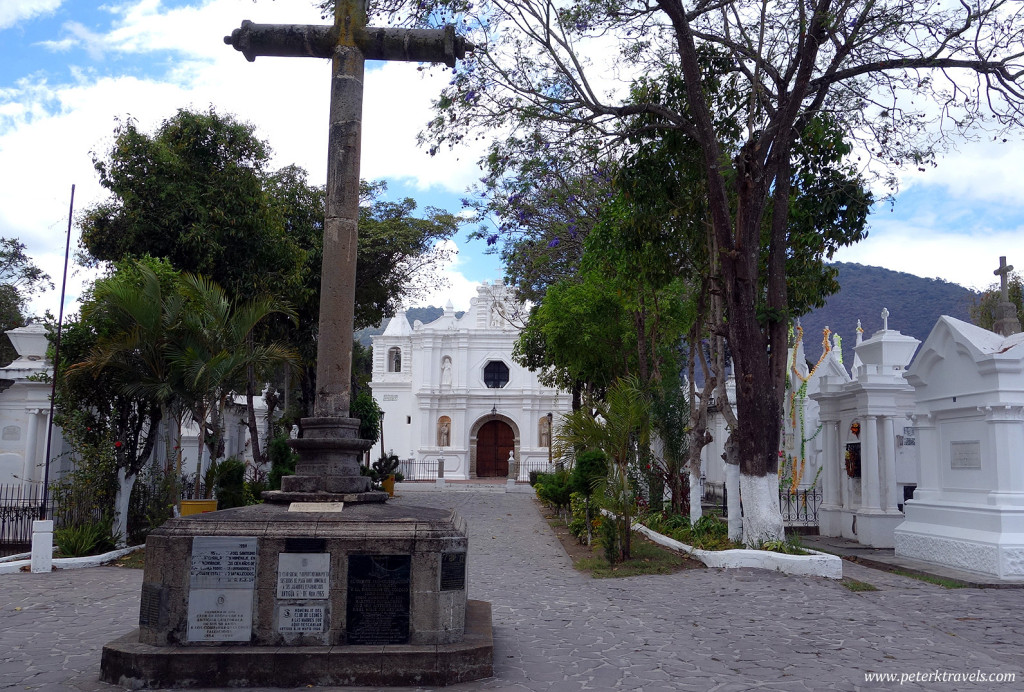 I found it humorous that there was a ladder leaning against the church in 1960, and someone is carrying a ladder in front of the building in 2015.  Could it be the same ladder, and someone finally removed it? 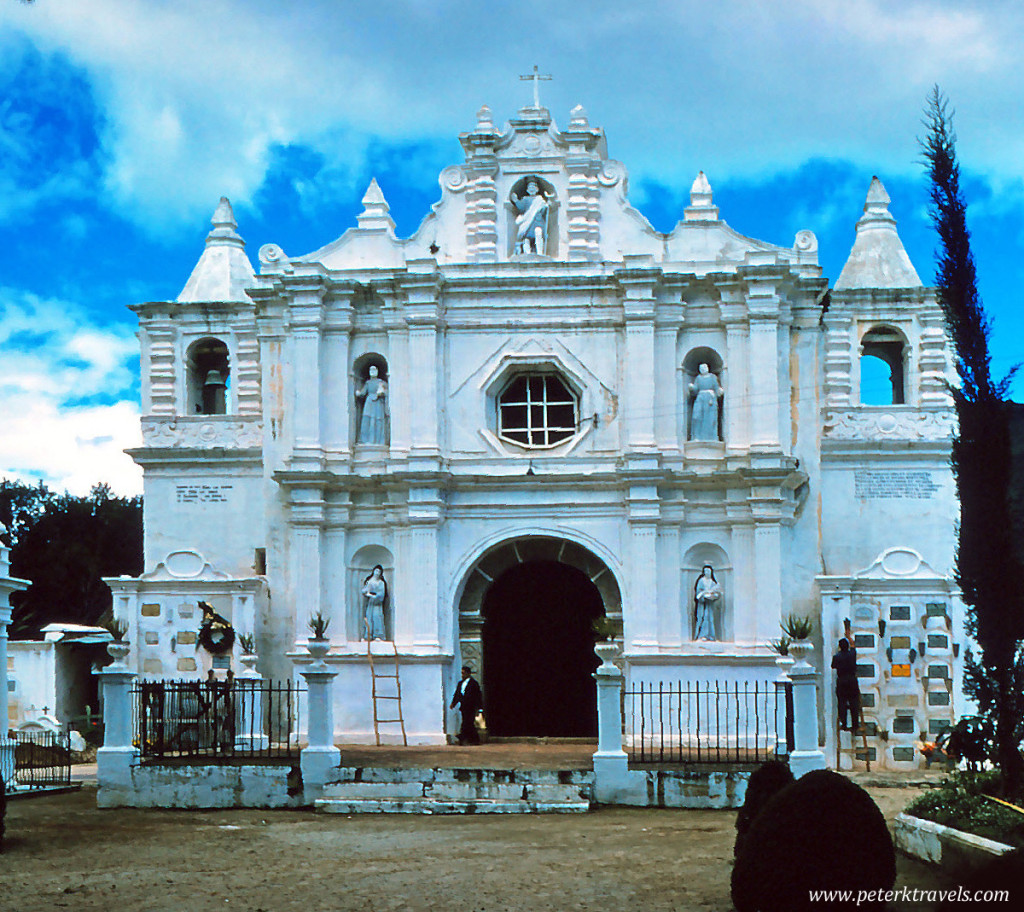 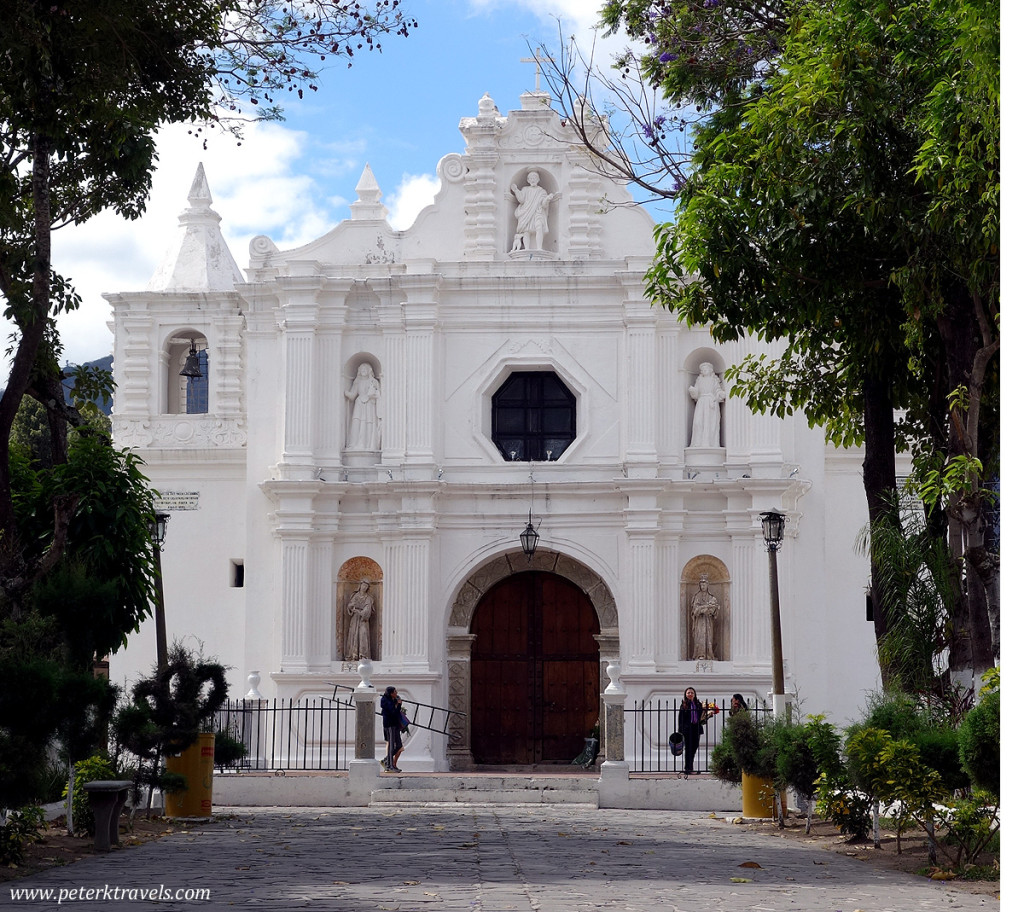 10 Responses to "Antigua Guatemala Then and Now"