A Visit to Guatemala City

Guatemala’s main international airport is in Guatemala City.  Many travelers arrive and are immediately whisked away to other places — Antigua, for example, and never spend any time in Guatemala City itself.   Why?  Guatemala City has a reputation as a dangerous place.  Pickpockets and other ne’er-do-wells are apparently everywhere and ready to pounce on unsuspecting tourists, relieving them of their wallets, purses and cameras. Despite the dire warnings, I was interested in seeing a bit of the capital.  So I decided to make a day trip out of it.

Normally I’d take the bus for a day trip like this, but my time in Guatemala was limited so saving time was important.  I decided it would be easiest for me to pay a driver to take me, drive me to the things I wanted to see, then take me back to Antigua.  I was interested in seeing the main plaza, some of the churches, and a few other buildings in the central core.  Further south, I wanted to visit the Iglesia Yurrita.

We left Antigua around 10:00 a.m. in hopes we’d miss the worst of the morning traffic.  The drive wasn’t too bad, and soon enough we were driving through Guatemala City.  My first stop was Cerrito del Carmen.  This church on a hill apparently pre-dates Guatemala City becoming the capital in 1775. 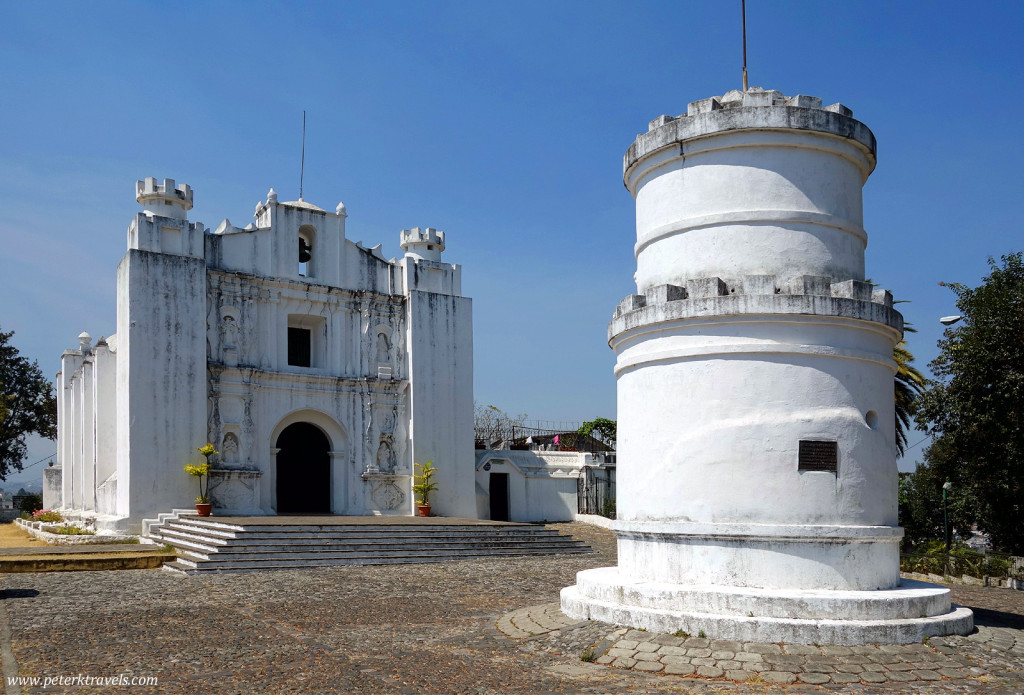 Like most of the churches I visited in Guatemala, it was closed when I visited.  I’m used to the Mexican churches which seem to be open all the time.  The hill provided some nice views of the city, and I took a few photos of the church. 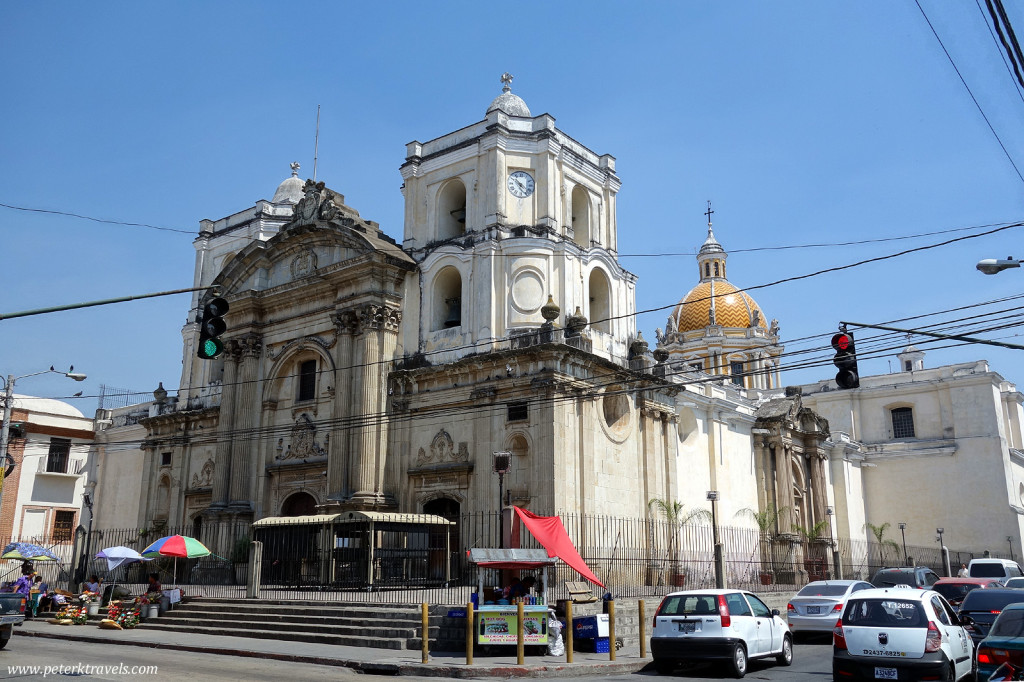 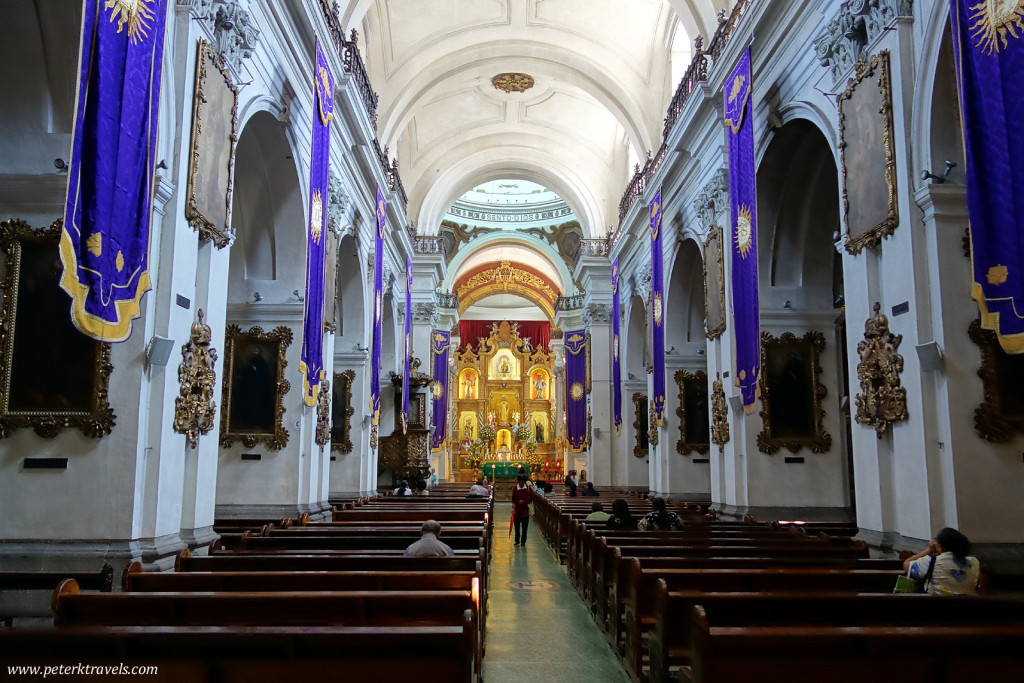 The inside of the church was beautiful, with many gold retablos and side chapels.  Next, we aimed for the main square downtown.  I wanted to check out the Metropolitan Cathedral, the National Palace, and Plaza Constitution.

The Cathedral is located on the east side of the plaza, and faces west as many Catholic churches do.  It was built between 1782 and 1815, with the towers taking a little longer to complete (1867).  It’s definitely got a more classical feel to it as opposed to the more baroque structures in Antigua.  I took several photos of the Cathedral, along with the Plaza and fountain. 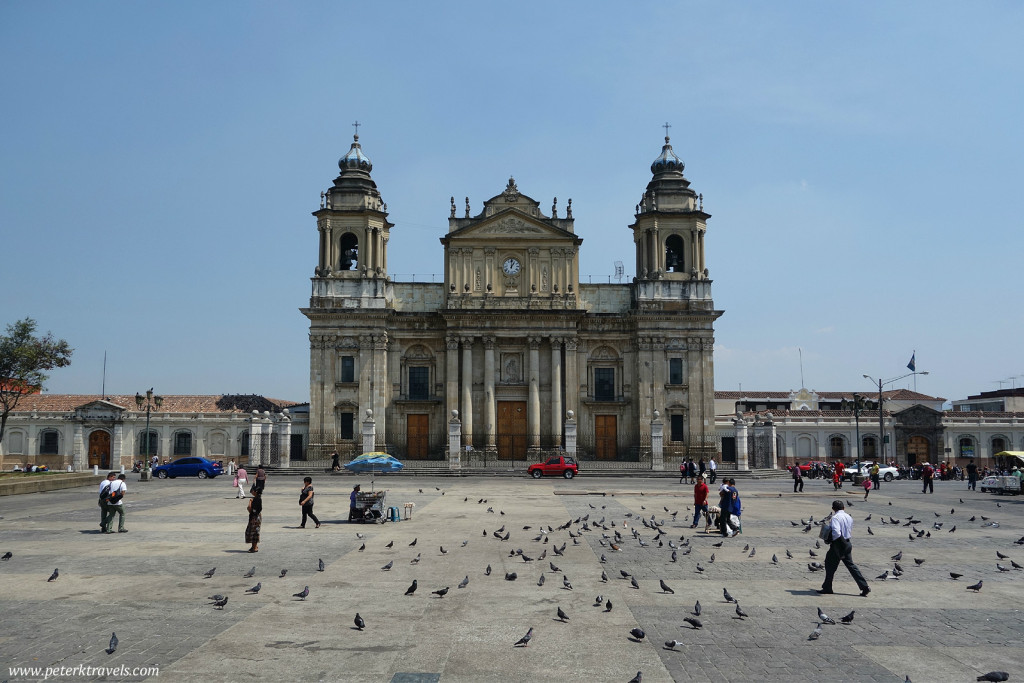 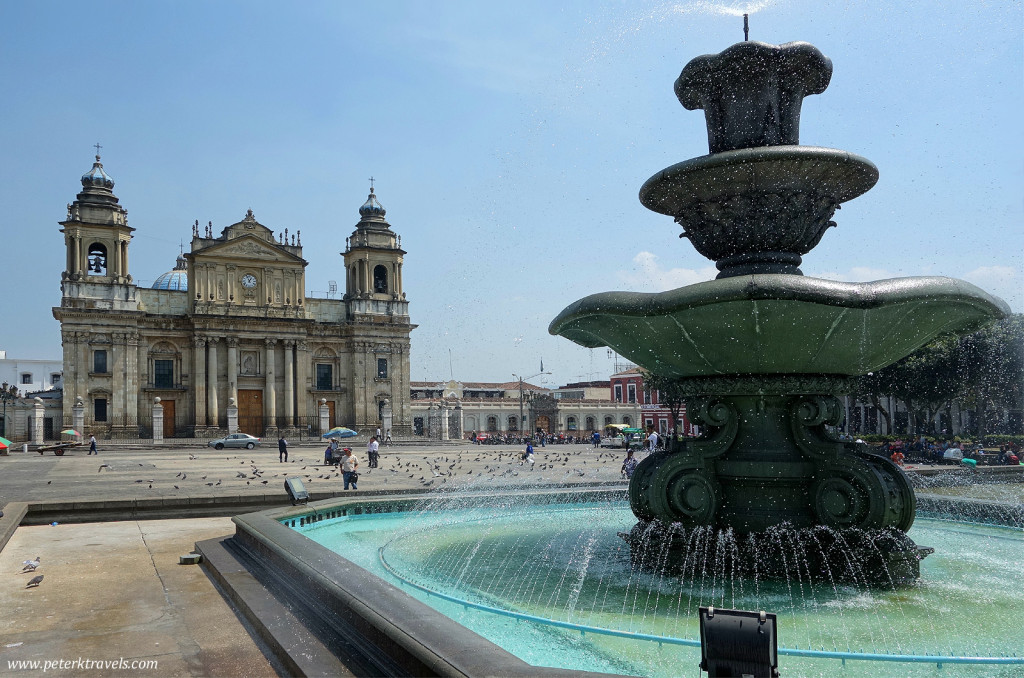 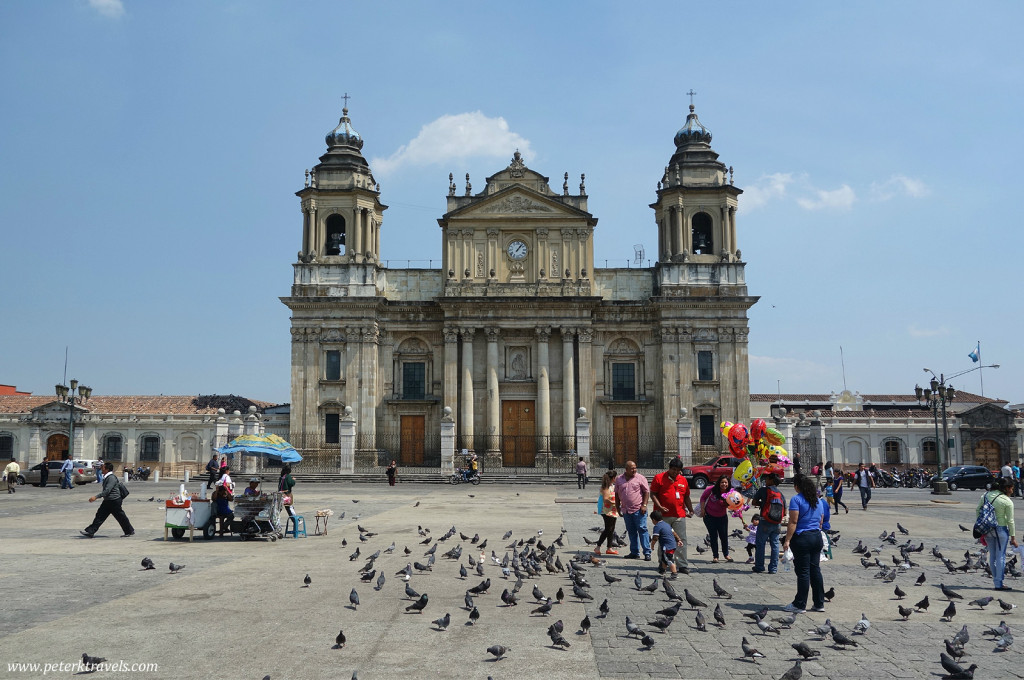 The National Palace occupies the north side of the main Plaza.  It was built between 1939 and 1943.  The building is green, and quite large.  We didn’t go in: 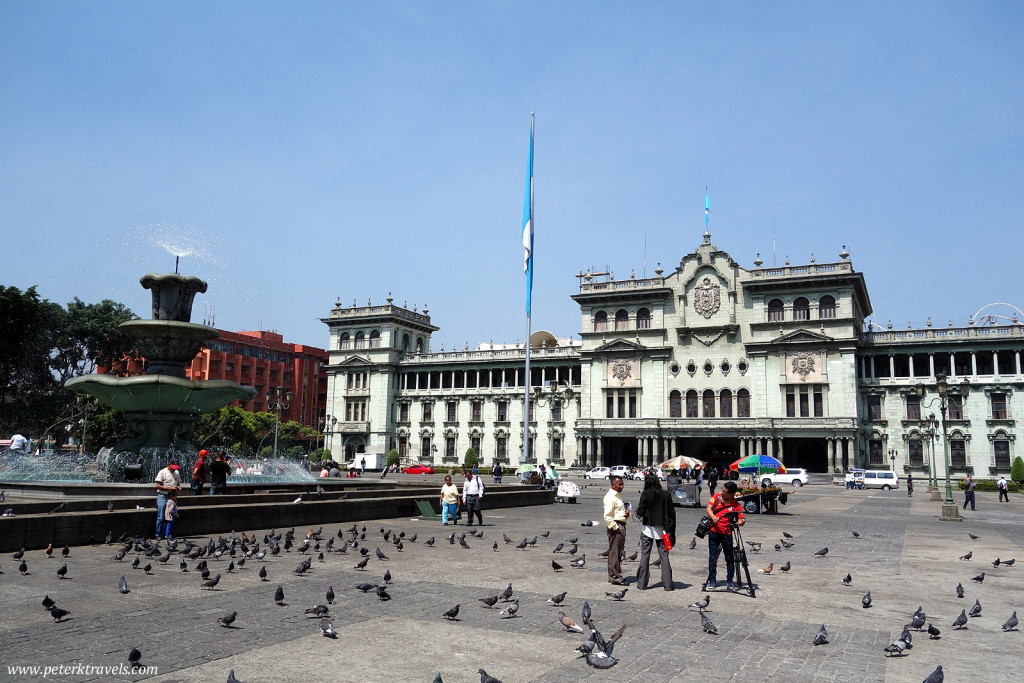 We drove a little southeast of the main plaza and stopped for a quick photograph of the Iglesia Santo Domingo.  Regrettably, it too was closed: 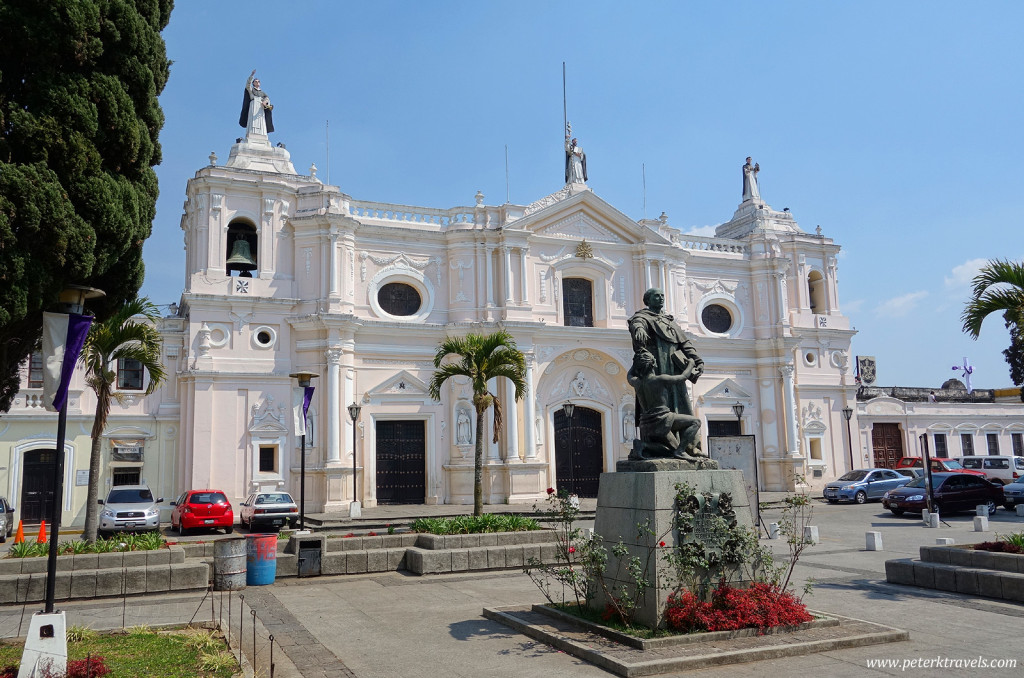 While driving, we passed under an interesting arch: 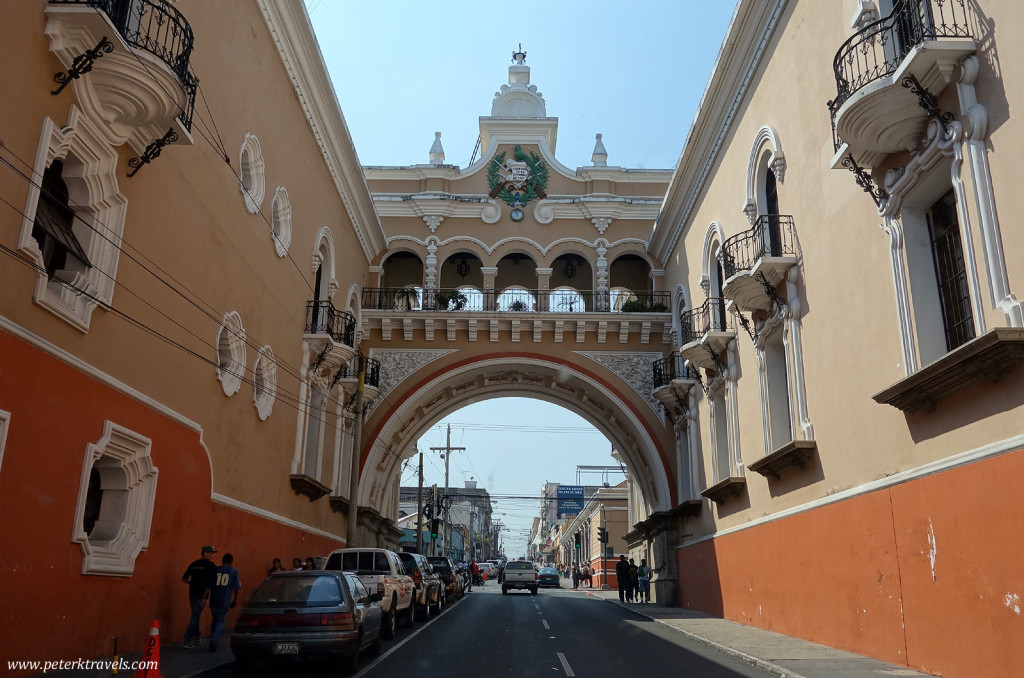 …and also by the Iglesia San Francisco: 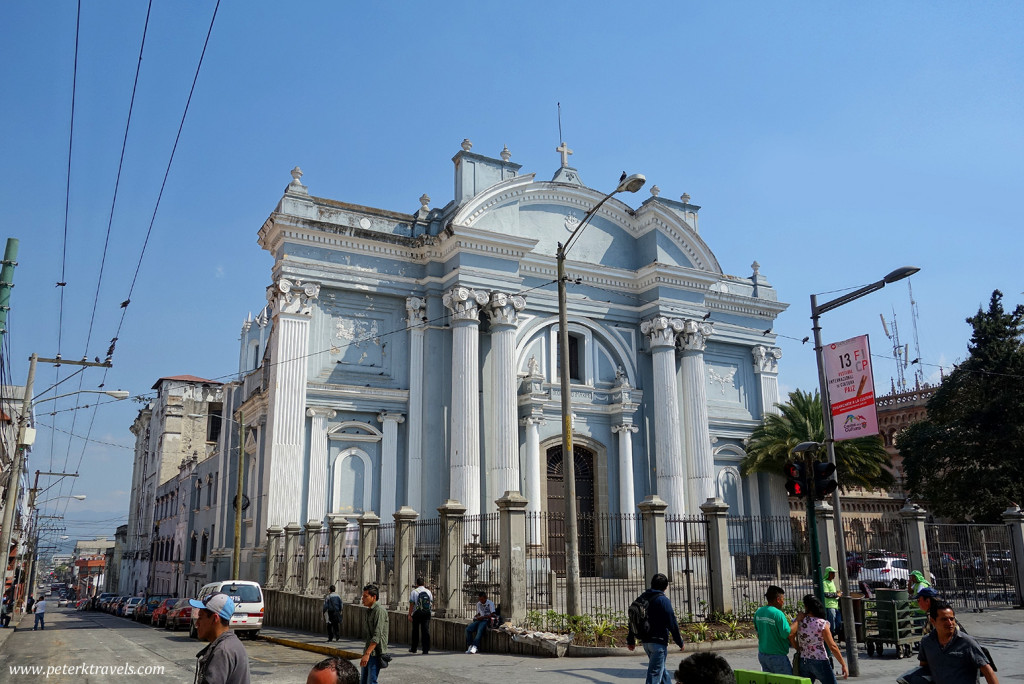 At the end of the trip, we drove south to see the Iglesia Yurrita.  This somewhat different looking church caught my eye during research for the trip.  I had to see it.  Not your typical colonial church, it was built in 1929 by the Yurrita family.  The dark red color combined with the interesting tower and ornamentation are something to see.  Unfortunately, it was not open to view the inside.  The Iglesia was backlit during my time in the area, so my photos aren’t great.  Here is one: 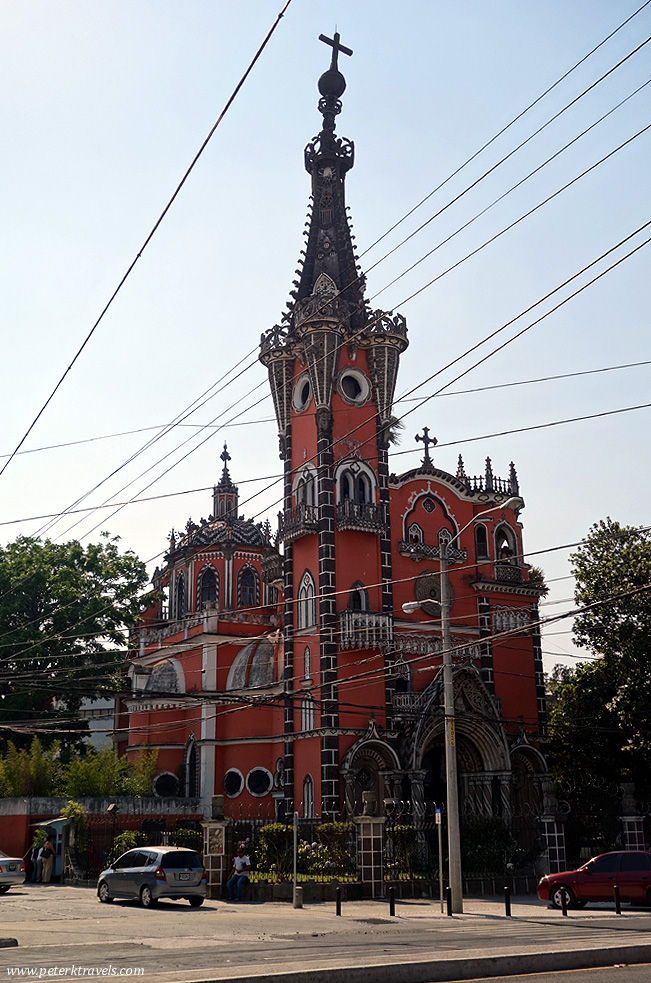 My last stop was Guatemala City’s Torre del Reformador.  Just a short walk from the Iglesia Yurrita, the tower is about 245 feet tall.   The tower was constructed in 1935, to commemorate the 100th anniversary of the birth of Justo Rufino Barrios, who was President of Guatemala and instituted a number of reforms.  Some say it looks like the Eiffel tower: 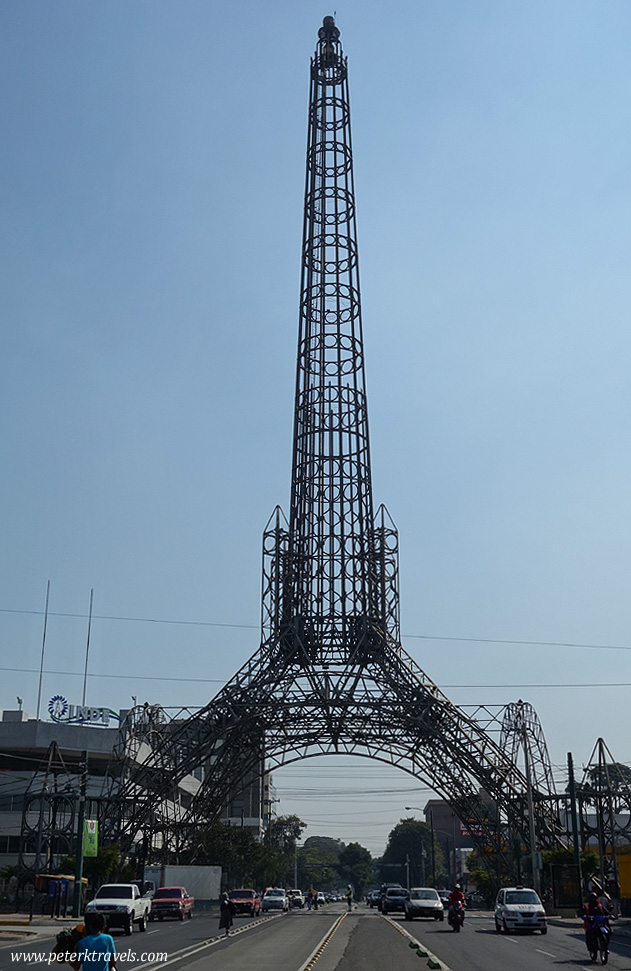 After that, we headed back to Antigua.  I enjoyed my visit to Guatemala City. This was a nice, albeit whirlwind look at some of the sights.  There is much more here to see, should I get the chance to return.

A Visit to El Pitillal