Looking Back: Photos From Granada

In April 2012, my wife and I visited Nicaragua.  We stayed in Granada, a beautiful colonial city on Lake Nicaragua.  Granada was founded in 1524 by Francisco Hernández de Córdoba, one of the first Spanish colonial cities in Central America.  I enjoyed my time there and took lots of photos.

I snapped the photo below from the bell tower of the Iglesia Merced, zooming in to see the Cathedral with the lake behind it.  There have been several churches on this site, some destroyed by earthquake and another burned by William Walker in 1856.  The current was constructed in the late 1800s and early 1900s.  It’s a beautiful building: 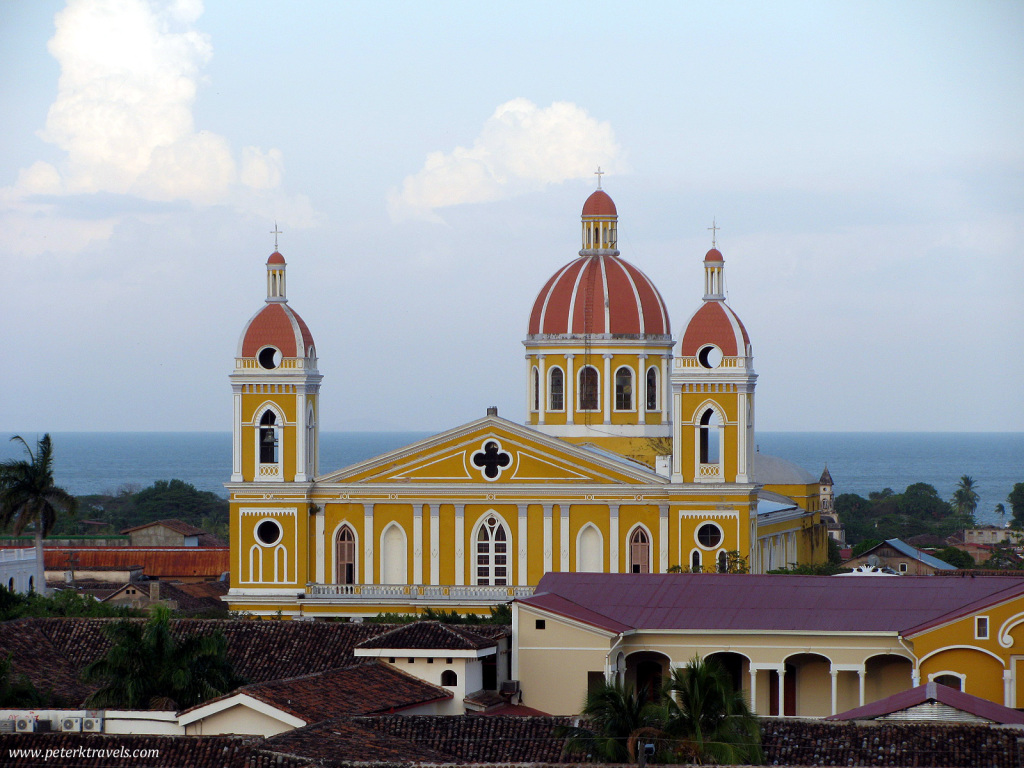 This beautiful red door on a red building was near Calle Calzada, a popular street leading from the square down towards the lake: 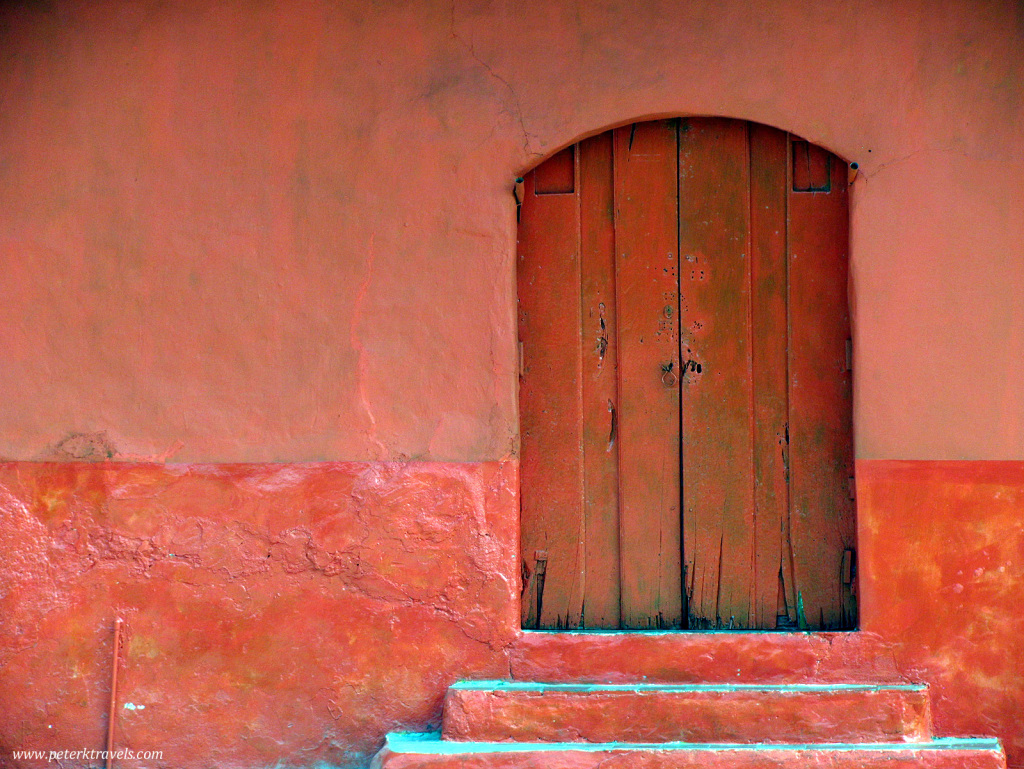 The La Merced church was originally constructed in 1534, and has a large bell tower that can be climbed.  This photo of the dome and roof of the church with the sun setting in the background was taken from the tower: 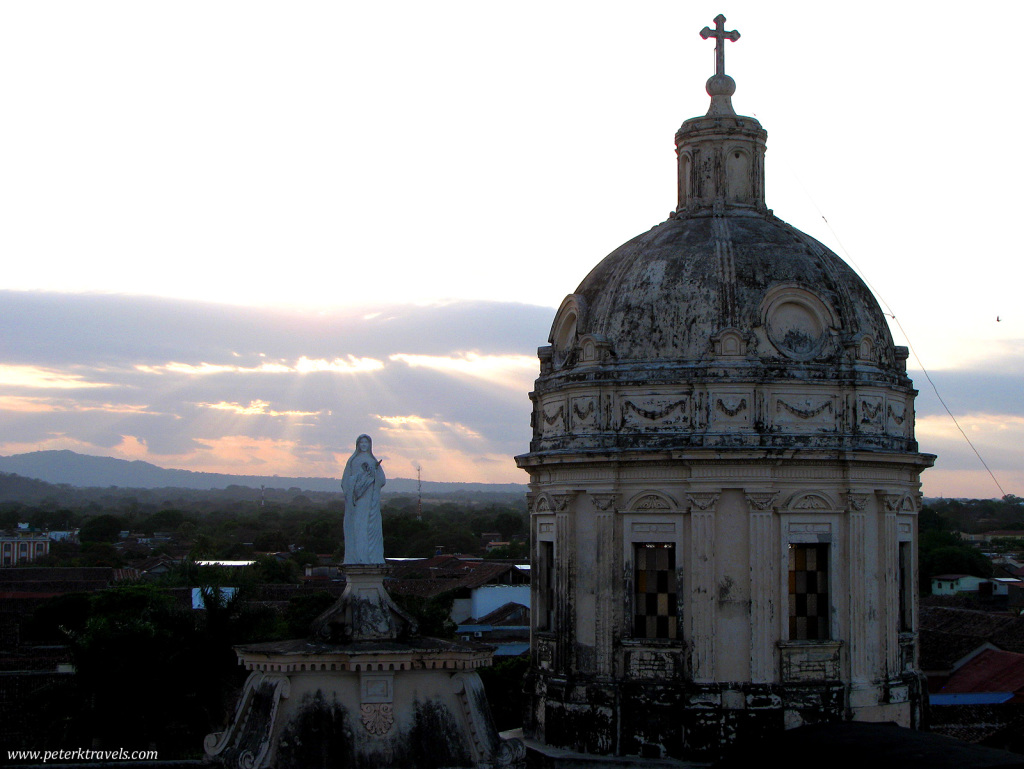 I enjoy the doors and windows of colonial structures.  This window spans a green and blue wall: 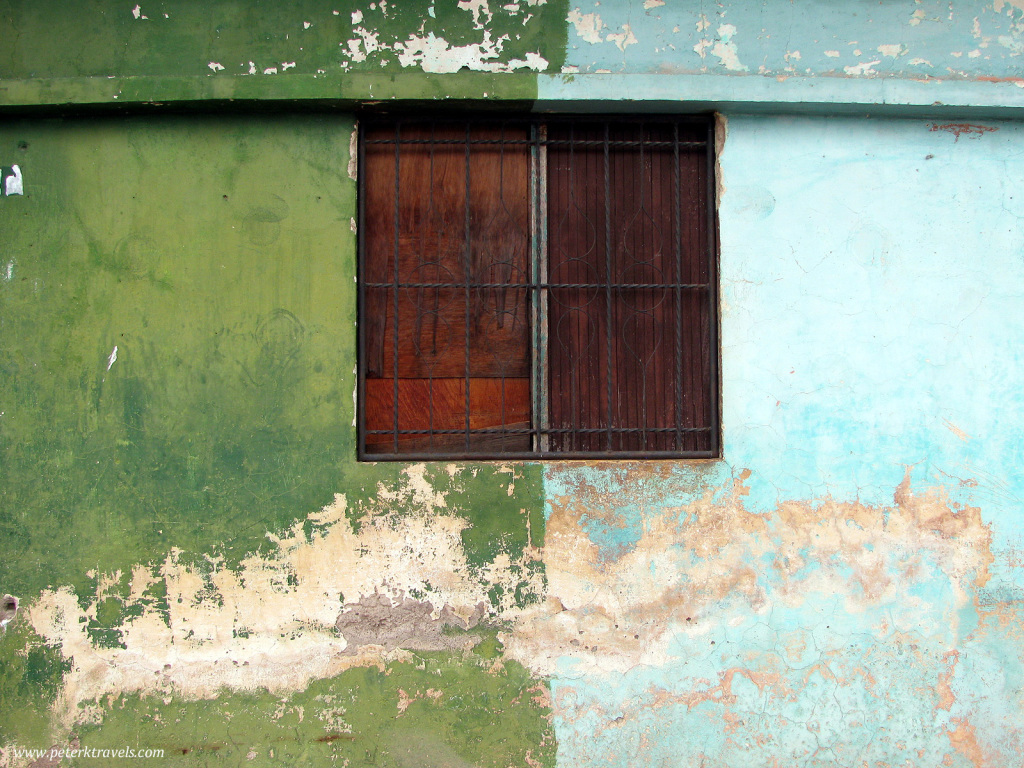 The Iglesia Guadalupe dates from 1626, and is located east of the main square, closer to the lake.  The church was being decorated for Palm Sunday when this photo was taken: 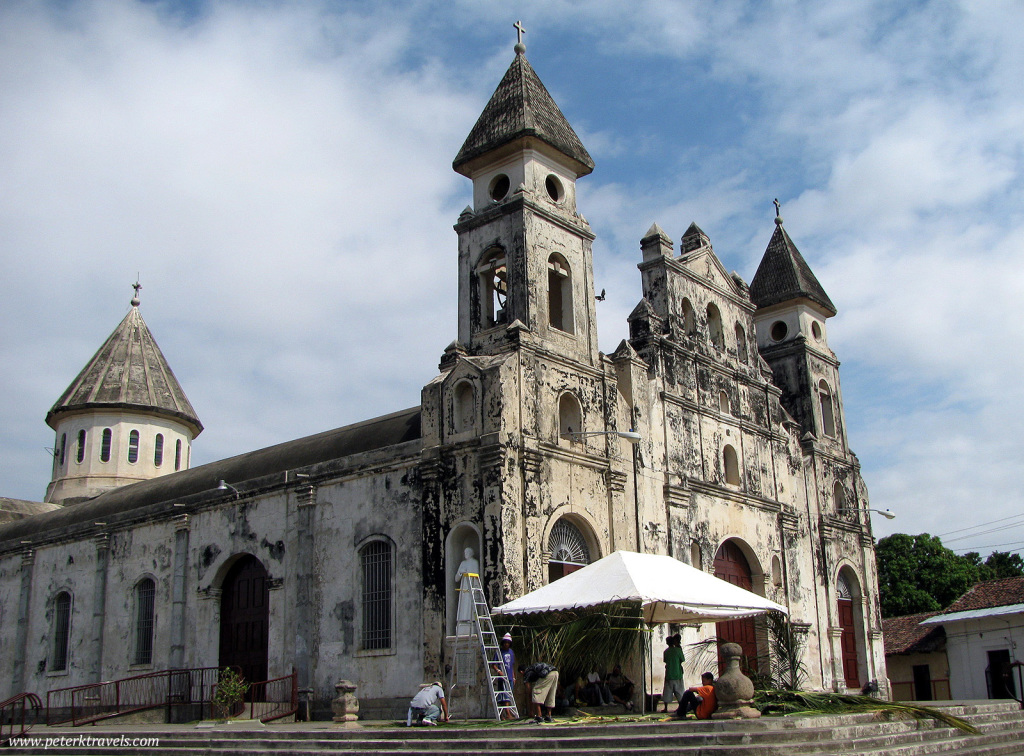 The San Francisco church was kitty-corner from our hotel.  At the time it was a brilliant white, though it is often painted blue as well.  There’s been a church on this site for nearly 500 years, though the existing structure isn’t that old: 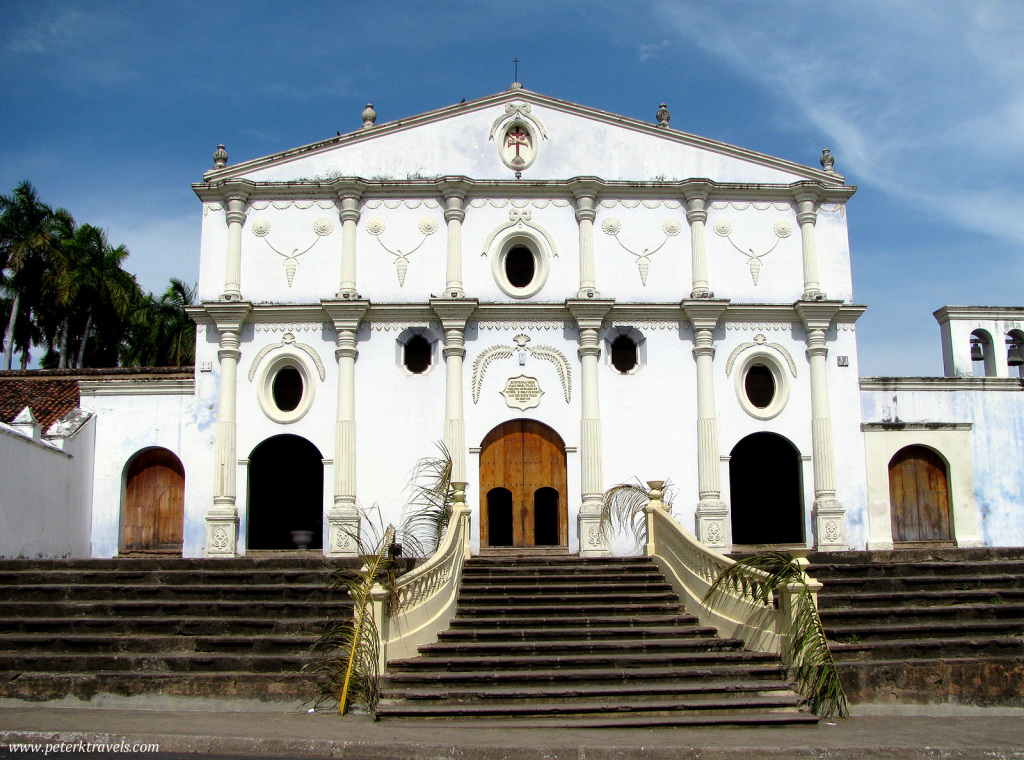 The Iglesia Merced along with its aforementioned bell tower:

The Iglesia Xalteva was painted a beautiful orange and really stood out: 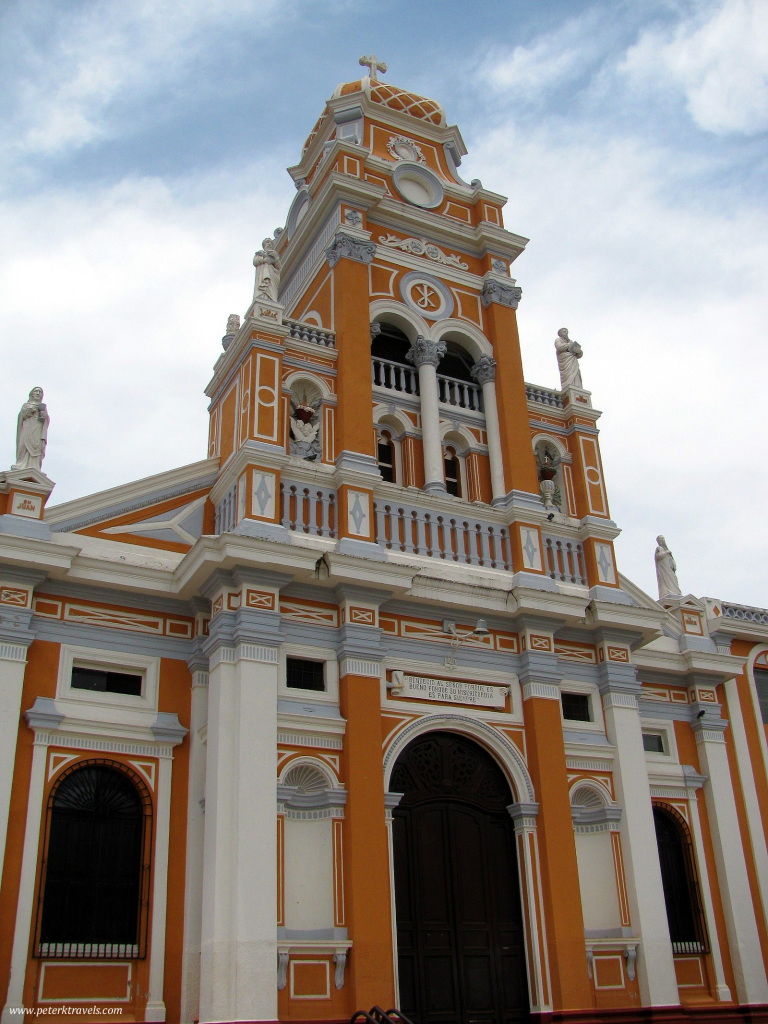 This abandoned hospital was guarded by a couple of men who you can see sitting inside.  The building is decaying but could probably be saved: 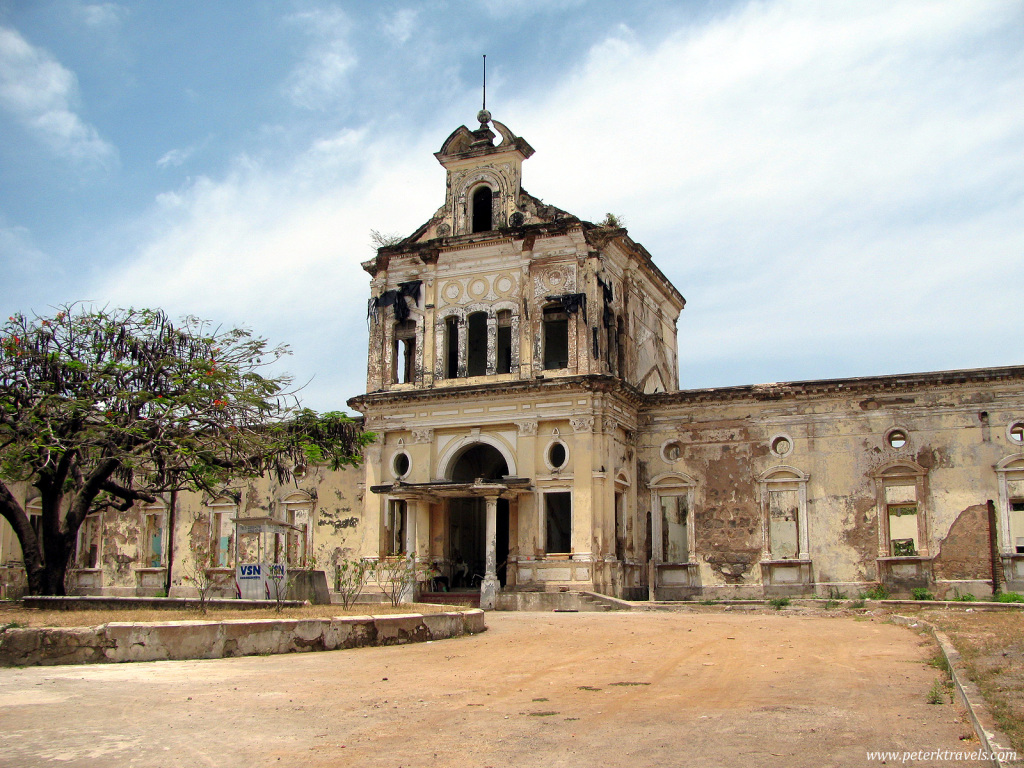 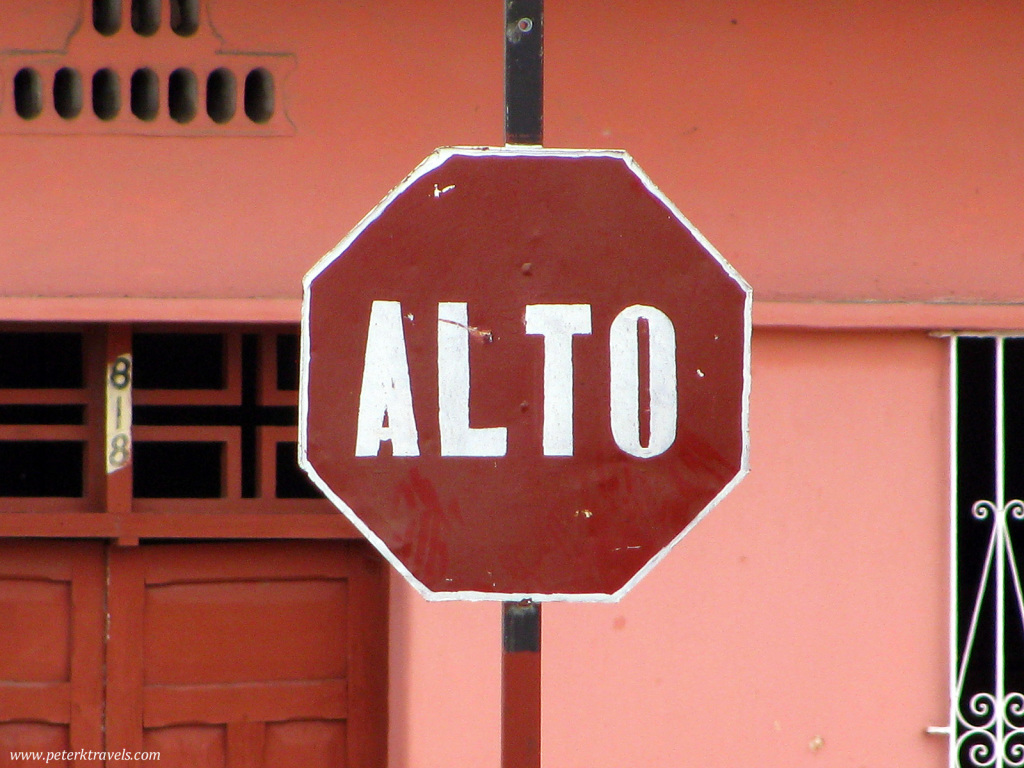 I don’t generally like to photograph people, but i liked this scene and I thought the photo turned out well: 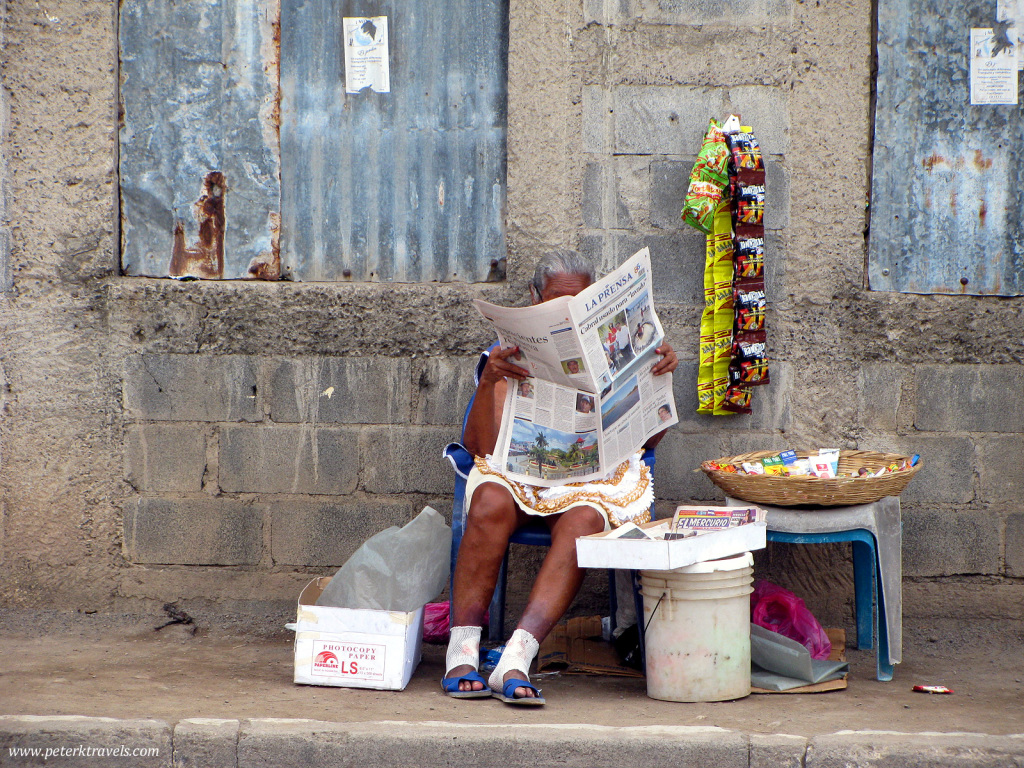 A sideways shot of the Cathedral, with the Volcano Mombacho in the background.  The Cathedral faces the square, which is a center of activity: 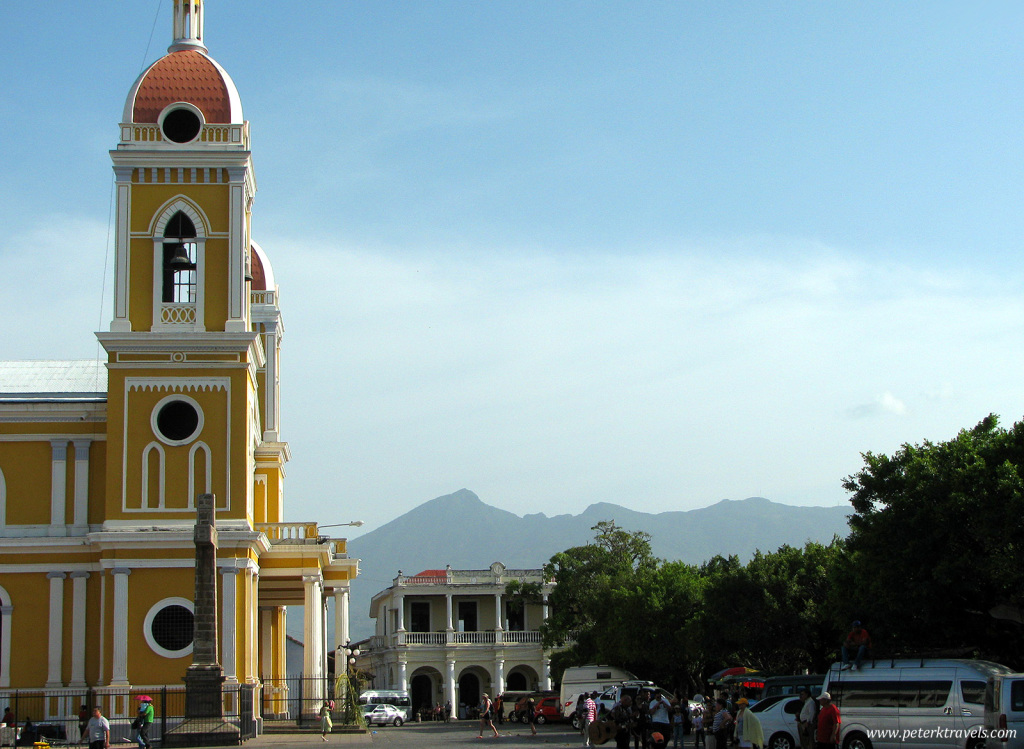 Cathedral with Volcan Mombacho in background