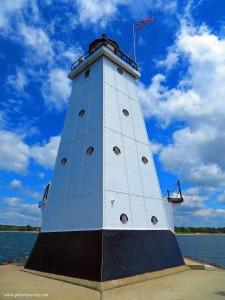 My wife and I have been vacationing in Ludington, Michigan for many years.  We visited this year around the Fourth of July, and had a wonderful vacation.  Here are a few highlights….

Originally named Pere Marquette (after a river of the same name), Ludington was first settled in the middle 1800s.  Ludington was incorporated in 1873, and became an important port on Lake Michigan for the booming lumber industry.  The port of Ludington was used by rail companies, who loaded their freight onto ferries which crossed to Manitowoc, Wisconsin.  The rail ferries were converted to car ferries in the 1950s.  Only one ferry, the S.S. Badger, is still in operation, making multiple runs between Ludington and Manitowoc daily.

Ludington has two lighthouses.  The Ludington Light is located at the end of the breakwater that protects the harbor.  It is 57 feet tall, steel clad, and has recently been opened to visitors.  The light went into service in 1924, and has been in operation ever since.  The light was automated in 1972.  It costs $3 to climb to the top, but it is just as enjoyable to walk to the end of the breakwater and enjoy the exterior.

The second lighthouse is at Big Sable Point, which is located inside the Ludington State Park.  This is an older lighthouse, first lit in 1867.   The tower is 112 feet tall, and was originally made of brick.  When the brick began to deteriorate, the light was clad in steel.  It has a beautiful black and white pattern.  This lighthouse is open daily to visitors.  You can climb to the top for $3, and the interior has a nice museum and gift shop as well.

Big Sable is not accessible by car, you have to walk or bicycle a couple of miles.  You can walk along the beach via the State Park, or by taking a trail from inside the park.  It’s about a 40 minute walk either way.  We like to walk along the beach, and then come back along the path through the State Park.  On this trip, we tried something new and hiked to the light at dusk and watched the sun set from the lighthouse.  We then walked back via the park in the dark.  The light was spectacular on the light, as the setting sun really lit it up. 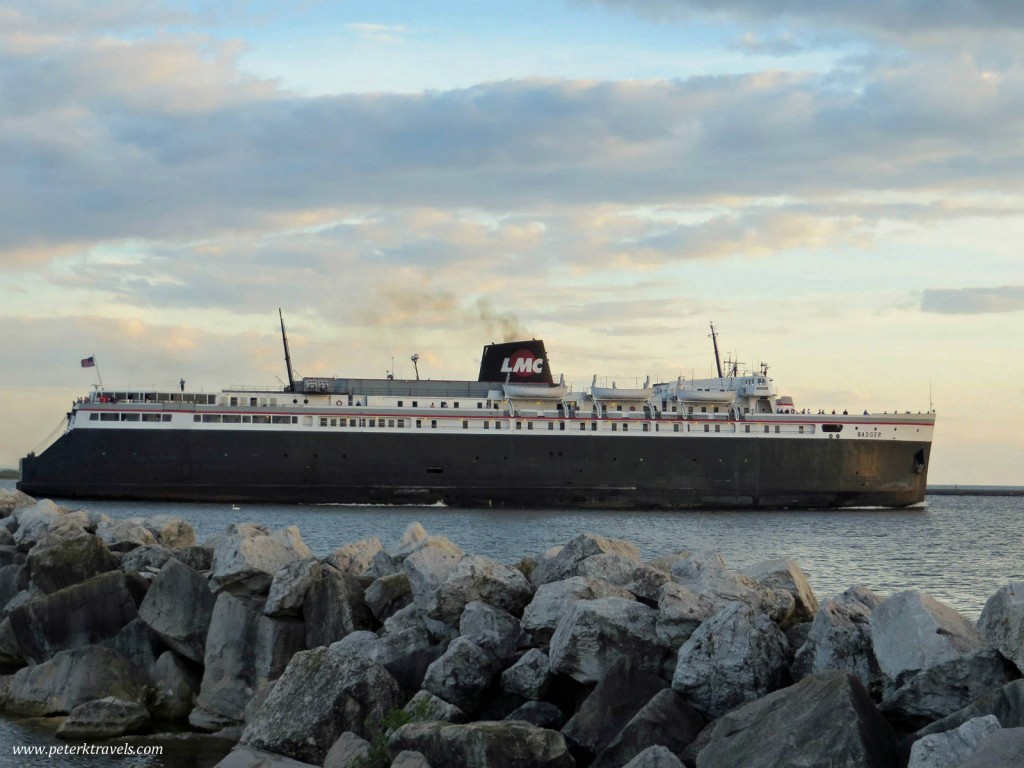 The S.S. Badger is another highlight of Ludington.  The car ferry is 410 feet long, and has been in service since 1953.  It’s the largest car ferry ever to sail on Lake Michigan.  Its average speed is 18 knots, and it takes about four hours to make its journey.  The comings and goings of the Badger usually draw a crowd, it’s a really large vessel and quite fun to watch.  Next to its berth is an out of service car ferry, the S.S. Spartan.

Ludington is also home to a beautiful State Park which is one of the busiest in Michigan.  Six miles of dunes and lakeshore are accessible between Ludington and the state park.  Inside the park, there are more beaches, forests, and recreation opportunities.  This park is usually very busy, and it is my understanding that you have to make reservations far in advance to get a camping site.  There are also numerous other campgrounds in the area, though we always stay in a hotel. 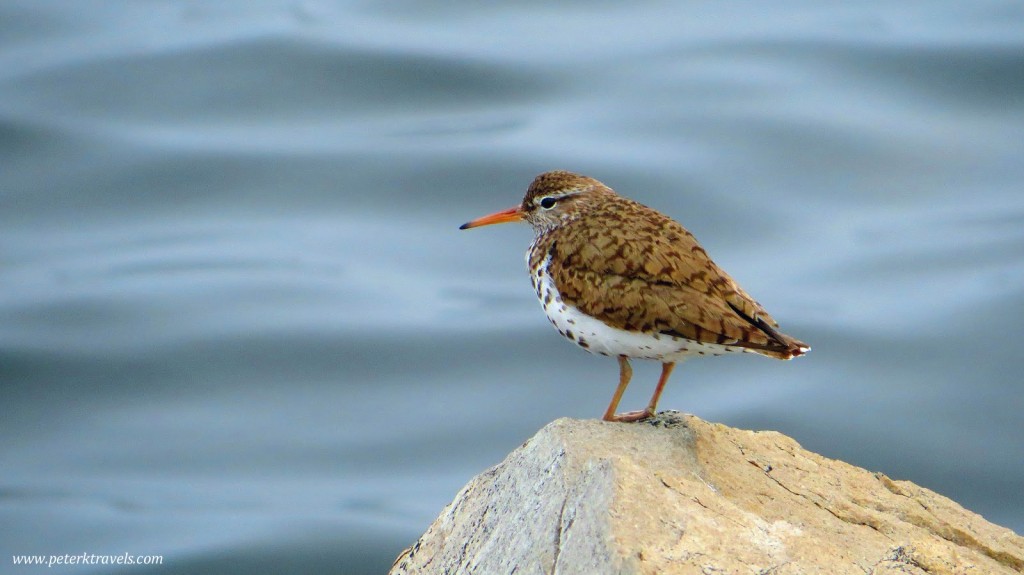 Ludington is a great place to see wildlife.  We saw many deer in the state park and around the area.  It is also a great place to birdwatch.  During our trip we saw various sandpipers, endangered piping plovers, and even a bald eagle that flew over.  Seagulls, of course, are everywhere.  On past trips, we also saw quite a few mink along the various breakwaters.  We didn’t see any this time. 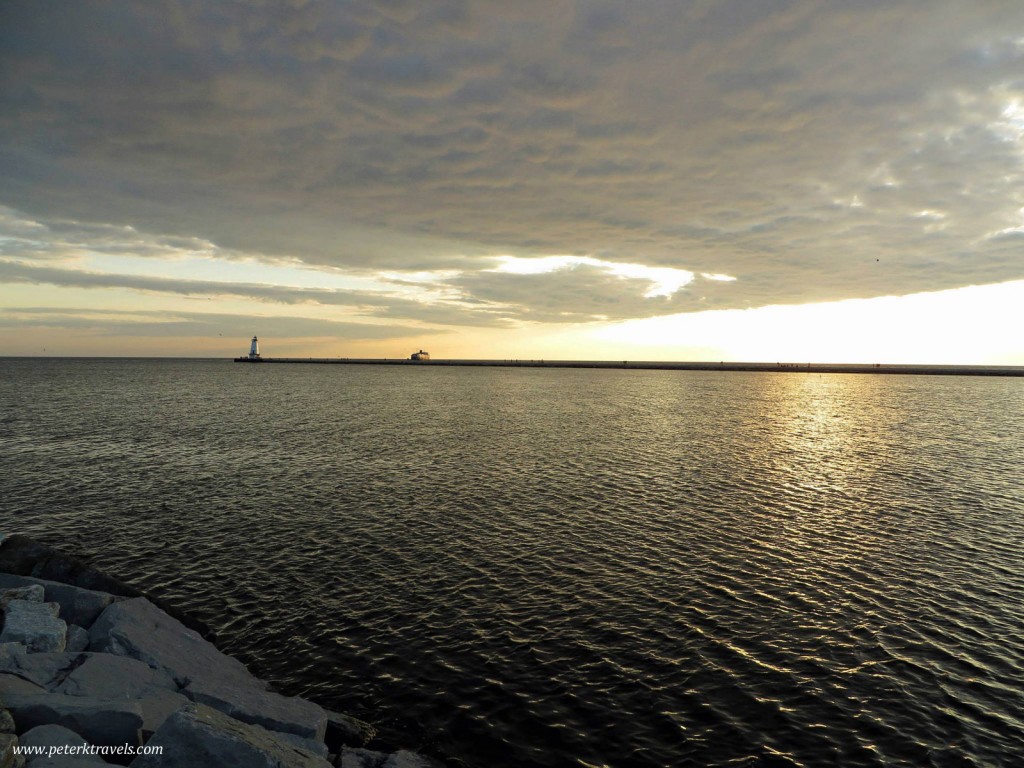 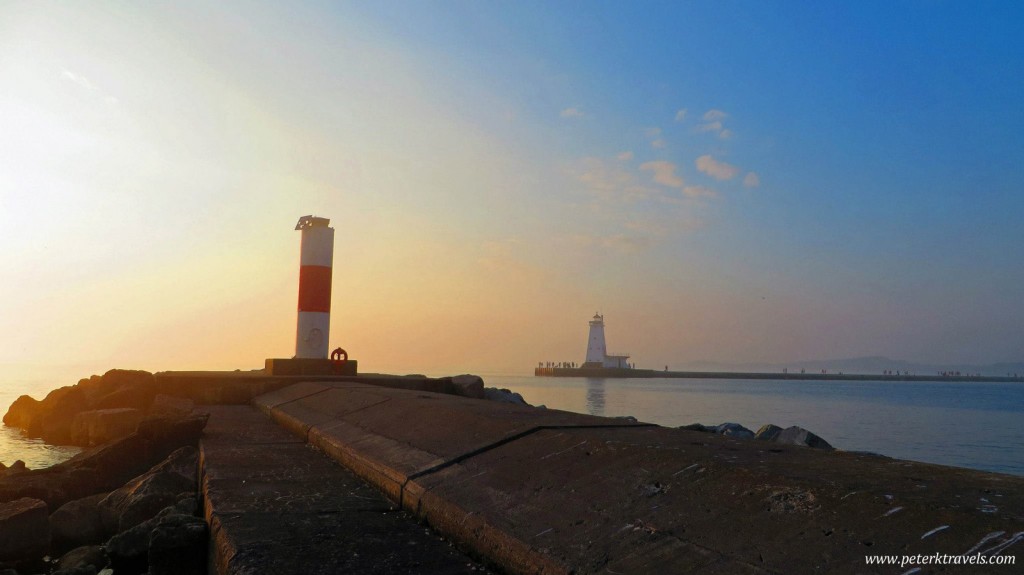 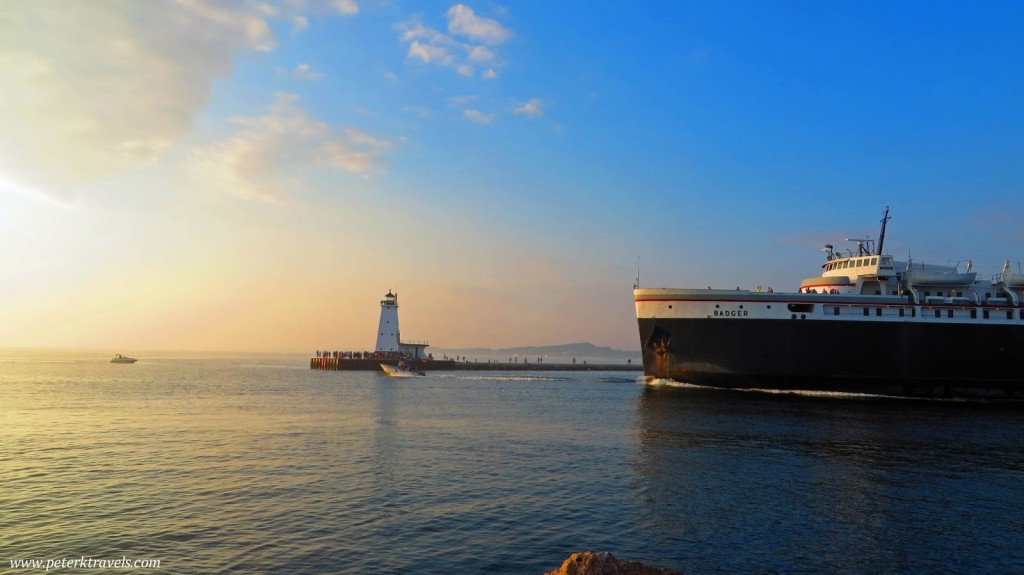 Ludington Light, a Full Moon, and an Ore Carrier